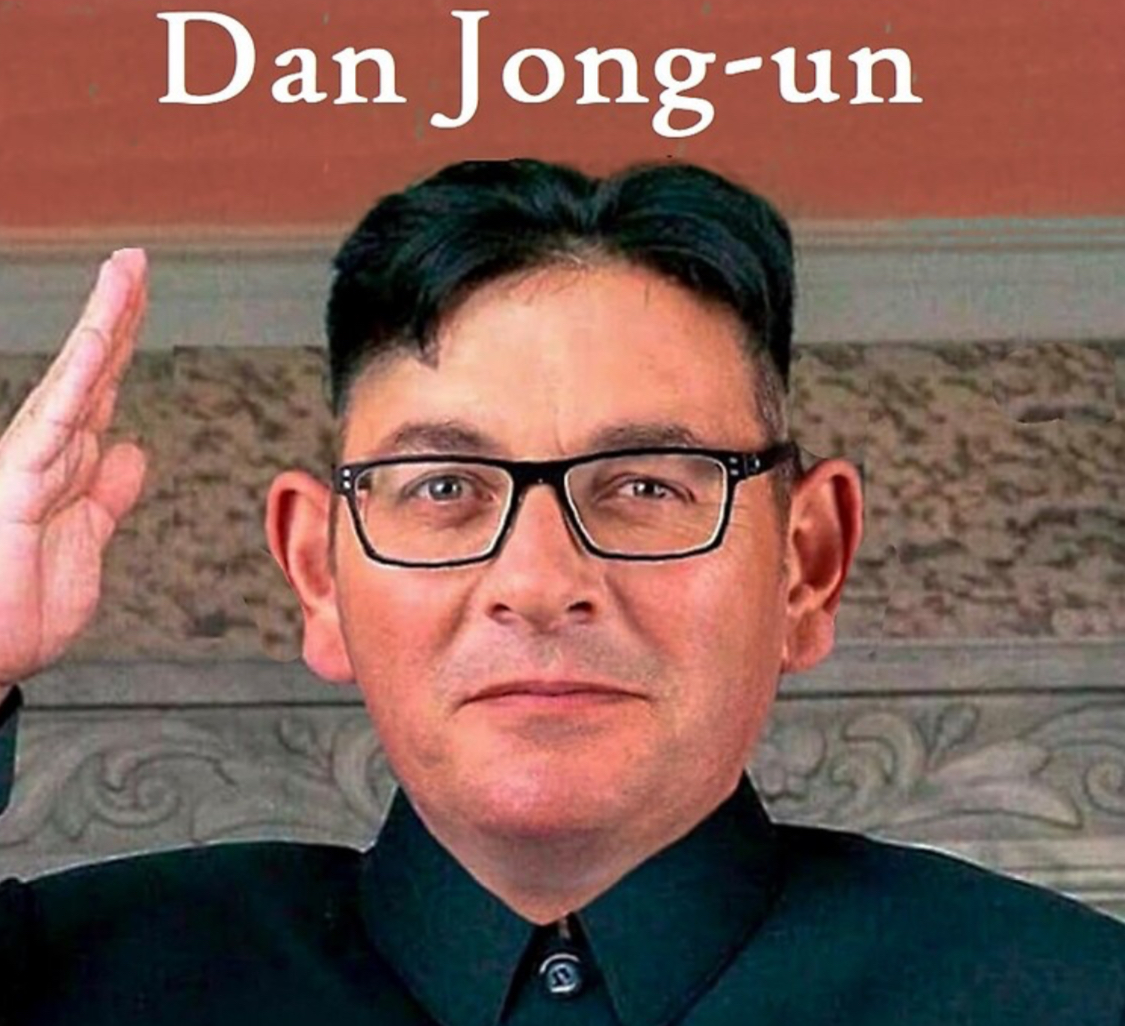 Daniel Andrews’ treason trial descended into chaos today as thousands of people jumped in on the livestream to signal their utter disgust with Daniel Andrews.

From the Controlled Opposition:

A criminal court hearing for Daniel Andrews descended into a circus as thousands joined the court livestream to express their disdain for the Victorian premier.

The court was set to hear charges of ‘concealing treason’ and ‘fraud’ after they were successfully filed with the Myrtleford Magistrates’ Court.

For almost an hour court staff struggled to gain control as thousands were able to join the stream, many with their cameras running.

One participant was even dressed as Santa Claus while another managed to take over the court’s screen, sharing a ‘Dictator Dan’ meme with a photoshopped image of the state’s leader dressed as North Korean dictator Kim Jong-un.

Many participants called for the absurdity to end as others continued to troll the hearing, with one user switching their camera to a flock of chickens.

The beeping sound of new participants joining the call only added to the farce.

The charge was initially brought forward by Jim Rech and Dezi Freeman, a pair of anti-lockdown campaigners active in Victoria. Their charge against Daniel Andrews has been rejected on several occasions, but this time it was successful.

As XYZ News has noted, the charge of treason against Daniel Andrews is perfectly valid:

Daniel Andrews has made Melbourne the most locked down city in the world, jailed political dissidents, his goons have arrestedpeople for social media posts and inflicted unprecedented brutality on anti-lockdown protesters, he has forced people into destitution by mandating dangerous Covid vaccines, and a Covid Gulag is near completion on Melbourne’s outskirts.

Moreover, he has effectively signed over the entire state of Victoria to the Strong Cities Network, the WHO and the WEF, betraying the people who voted for him to represent them and instead obeying the whims of international institutions.

However, we should not be disheartened by the chaos in the online courtroom, nor that the charges were thrown out. Given the politicisation of Victoria’s judicial system in recent years this is entirely appropriate. The state has racked up a shocking list of political prisoners.

Thomas Sewell was jailed without trial for his political beliefs this year for several months, while Niel Erikson was jailed for a month for blaspheming the “prophet” mohammed. Blair Cottrell similarly discovered during court cases spanning several years that not only does Victorian law no longer protect free speech, but multiculturalism is in fact legislated as the law of the land and any who openly oppose it are criminals.

Since the lockdown madness began in 2020, the Victorian legal system has become so clogged with people challenging or refusing to pay infractions that many fines have simply been waived. More ominously, many anti-lockdown activists have had their homes stormed by heavily armed police officers for mere online social media posts.

Similar to Neil Erikson, Reignite Democracy leader Monica Smit chose to spend a month in jail rather than accept onerous bail conditions which would have silenced her.

Even before the Covid madness, George Pell, literally the most powerful Catholic in the country, had not been able to get a fair trial until his appeal was heard outside Victoria by the High Court of Australia. He wrongly spent a period in jail as a consequence.

Victoria’s legal system is beyond a joke. The whole point of the judiciary is that it is supposed to serve as a counterweight in a democratic system against the executive branch of government, ie it is supposed to protect us against tyranny. Instead it actively works in lockstep with the Victorian dictatorship against the interests of the people.

Thus Today’s court proceedings are vital in undermining the legitimacy of the Victorian judiciary, the Victorian government, and this entire fake system of democracy in the eyes of the public.