One could quibble with Neil Erikson and point out that mohammed was more of a bandit, a pedophile, or perhaps a demon possessed madman responsible for the destruction of the last vestiges of Classical Europe in North Africa and the Middle East.

The Lying Press scrambled to get footage of Erikson as he entered court. Basically, TV journalists are just empty headed THOTs. I heard them talking to each other. They were talking about makeup and boyfriends the whole time. 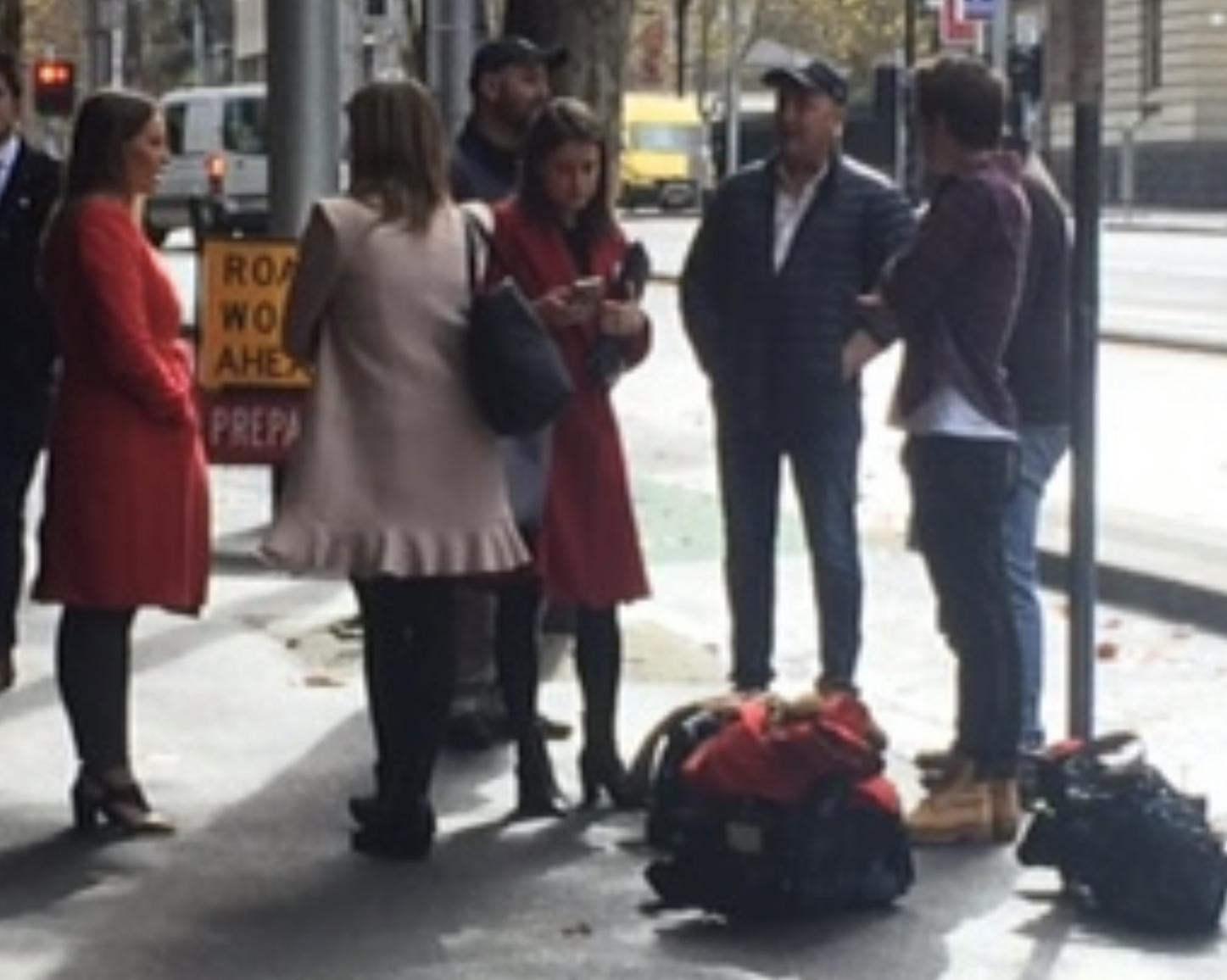 Here is video footage of the incident which occurred in 2019 when Erikson gatecrashed public muslim prayers at Federation Square in Melbourne.

He has produced several videos outlining the details of the case,

Officially he is being imprisoned for “disturbing religious worship”. Bizarrely, a vegan disrupted religious worship just this last week, namely an Easter Service at a Greek Orthodox Church in inner city Melbourne. The XYZ is unaware of any charges being laid as a result of this latest incident.

Going by the summary of the jewish judge before sentencing, it is clear that this is a political sentence which tacitly enforces sharia law in Victoria.

In his summary, the judge clearly took umbrage at Erikson’s attempt to game the system. Initially the powers that be intended to give Erikson a community corrections order whch required him to cease his activism for a period of time and undergo reeducation. Erikson had made it clear that he would prefer a fine or short prison sentence to effectively get the punishment over and done with, rather than drag things out and have his freedom of speech impinged upon.

The most consequential aspect of the jewish judge’s summary was his claim that there was little chance of “rehabilitiation” with regard to Erikson. He stated that he disagrees with the characterisation of Erikson as “xenophobic” and spat instead that he was outright “racist”. The judge claimed that Erikson’s views go against “Australian values”, which include valuing people of every background.

There are several problems with this:

Multiculturalism, diversity, inclusion, accepting people of every background, etc., are not “Australian values”. They are jewish dictates enforced from above by the client government running our country. These jewish dictates have infested our court system, and are now being used to railroad ordinary Australians who just want our county back and who are prepared to engage in peaceful activism in order to achieve this.

In explaining his reasoning for sentencing Neil Erikson for a month in prison for blasphemy against islam, the judge has exposed the fact that this is a political sentence and that Neil Erikson is now a political prisoner.

Erikson is currently seeking leave to appeal his conviction.