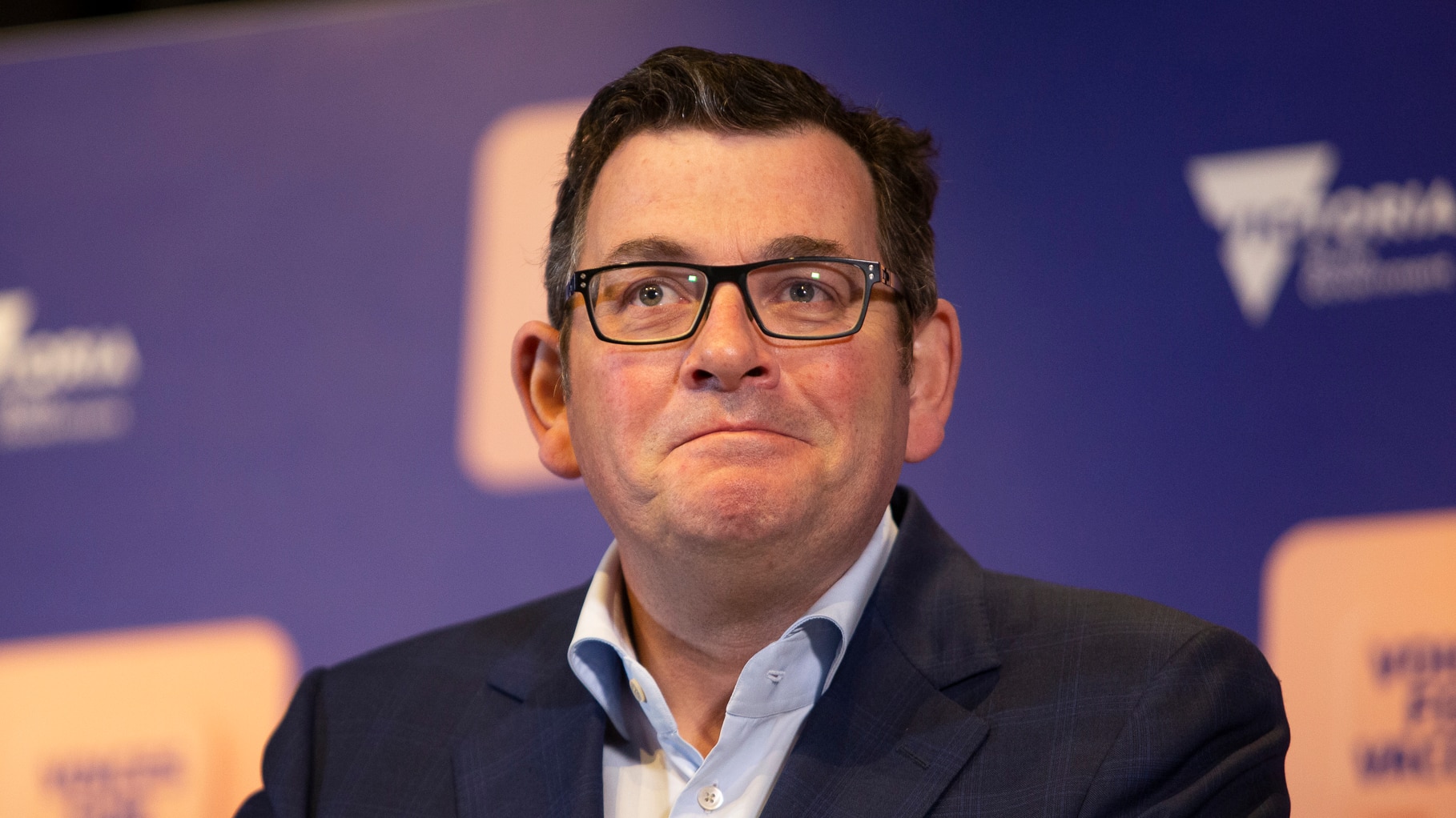 We’re not making this up:

Victorian Premier Daniel Andrews has appeared on a criminal court listing after a charge of concealing treason was successfully filed with a court.

Mr Andrews has been summonsed to appear before the Myrtleford Magistrates’ Court on Friday, with a court date listed for 9.30am.

While the prosecuting agency on the court record is listed as ‘unknown’, it is understood anti-lockdown campaigners Jim Rech and photographer Dezi Freeman had the matter listed privately.

Sources have told Daily Mail Australia the private prosecution had been rejected from several Victorian courts before finally being put into the criminal justice stream in Myrtleford – 280 km northeast of Melbourne.

Addressing ‘freedom’ protesters last month, Mr Rech claimed to have been successful in having the matter brought before the court, but it had since been suppressed to the general public.

Victoria has become the suppression order capital of Australia in recent years. The Lying Press also frequently suppresses serious incidents which contradict the Covid Narrative, such as the death in custody of an aboriginal at Howard Springs Concentration Camp, the self immolation of a woman in Werribee who was driven over the edge by vaccine mandates, and the collapse and possible deaths of several young people during mass vaccinations at Sydney’s Olympic Stadium.

Mr Rech, who refers to himself as a ‘Commonwealth Public Official’ is known to have tried similar proceedings against other members of parliament across the country, reportedly arresting ‘those sitting on the bench without any Crown authority’.

Daily Mail Australia noted the matter is in fact listed on the court’s Electronic Filing Appearance System, which is accessible to the wider community.

‘He was charged with, but not limited to, misprision of treason and fraud. And as a result of those charges being filed and served, they were served at his electoral office,’ Mr Rach told protesters.

‘The police have been given notice … The courts have been told to suppress the listing but we put it out there, we’ve been to the court registrars.’

Mr Rech told the mob the Victorian premier faced the ‘death penalty’ if convicted of treason.

‘Now that means any politician on indictable criminal offences which is a life penalty but under martial law it’s a death sentence – it has to go to a grand jury,’ he said.

Daniel Andrews has made Melbourne the most locked down city in the world, jailed political dissidents, his goons have arrested people for social media posts and inflicted unprecedented brutality on anti-lockdown protesters, he has forced people into destitution by mandating dangerous Covid vaccines, and a Covid Gulag is near completion on Melbourne’s outskirts.

Moreover, he has effectively signed over the entire state of Victoria to the Strong Cities Network, the WHO and the WEF, betraying the people who voted for him to represent them and instead obeying the whims of international institutions.

Even if it fails, putting Daniel Andrews on trial is a good start. Nearly ever single politician, bureaucrat, banker, journalist and academic in Australia has sold out the entire country for several generations. I look forward to the day when there are so many of them to get through we will have to do mass showtrials, and even that will take years.

Television will be worth watching again for the first time since about 1997.