What were you doing at the age of 24? I was playing computer and writing the occasional song. This guy, Harrison McLean, has been organising protests against Global Covid Regime in Melbourne, which happens to be the city chosen as the testing ground for world domination at one of the most important moments in human history. 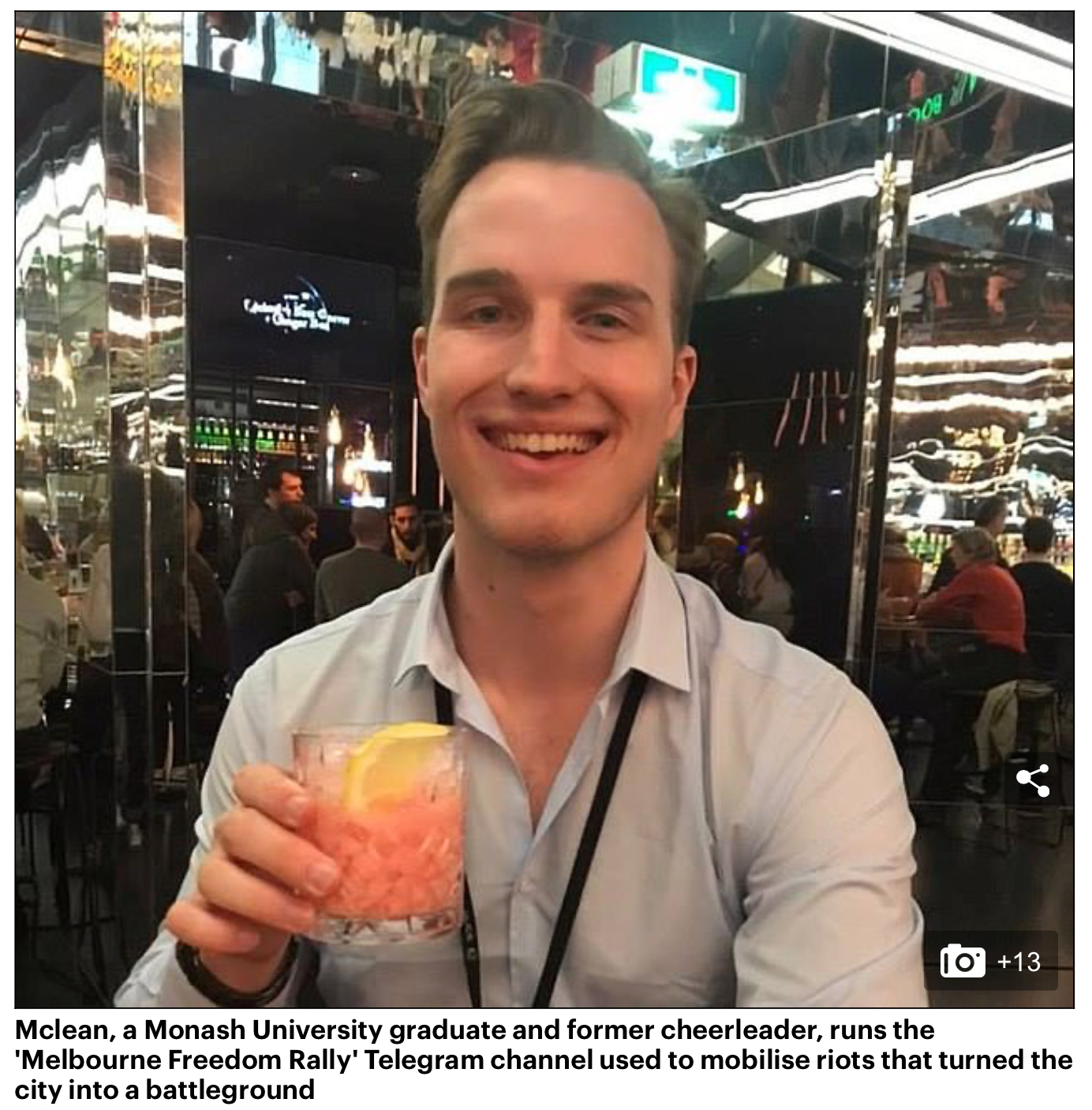 Notice that the picture description describes him as having organised “riots”. That is outright slander and he should sue them for it. The XYZ has demonstrated repeatedly that the protests organised by the Melbourne Freedom Rally have been peaceful, and they have only descended into violence when violence was initiated by police.

Remember not so long ago Victoria Police were totally unable to get African gang crime under control, yet now on mask patrol I count around 20 police swarming these people just taking a walk along the beachfront.pic.twitter.com/S8tq8iJfsS

They cannot help themselves pic.twitter.com/im0MZnJpQm

Victoria Police have inflicted so much violence on Australians that people have started making montages of it.

Mirroring the treatment of other Melbourne activists this year, the opening two paragraphs of the Lying Press article reinforce this message that this brave young man is a terrorist:

The chief architect of Melbourne’s week of destructive anti-vaccine protests has been charged with incitement.

Harrison Mclean, 24, was arrested at his home on Saturday morning while his followers clashed with police on a seventh day of violence.

As stated, the only reason rally attendees have “clashed with police” is because police have brutally quashed any attempt at gathering in public to oppose draconian lockdowns, and laws which would discriminate against people who refuse to take dangerous and untested “vaccines”.

For proof of this, one need only look at how peaceful protests have been in Brisbane, Adelaide and Perth. Police keep a respectful distance, people say their thing and go home. Simple.

Exercising our lawful right to march peacefully in Adelaide💚 pic.twitter.com/SwsaOuUlS0

in Sydney, thousands of people go to the beach, the police let them, everybody goes home. Simple. 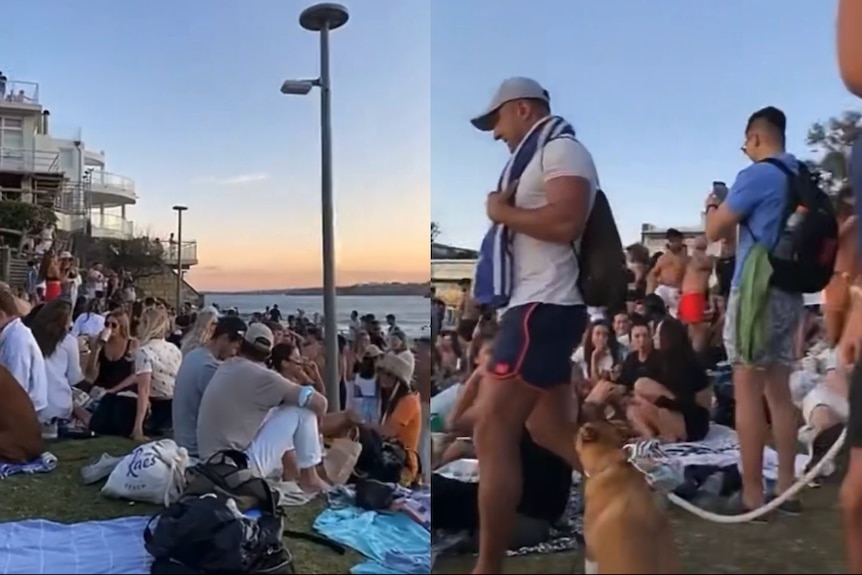 What follows is the usual attempt at character assassination by the Lying Press and there is no need to read any of it. It is worth taking note of the third paragraph, though:

Monash University has been the epicentre of violent Marxist terrorism for decades. The Sparrow siblings are associated with Monash and are behind terrorist organisation Slackbastard, and they have links to other Marxist terrorist organisations such as Socialist Alternative and CARF. These people also use the CFMEU office in Elizabeth Street as a base of operations, so it would have frightened the living daylights out of them when their own union members, not officially associated with the Melbourne Freedom Rally, got a little upset with them on Monday.

They even had to call in organised crime figures to protect them. 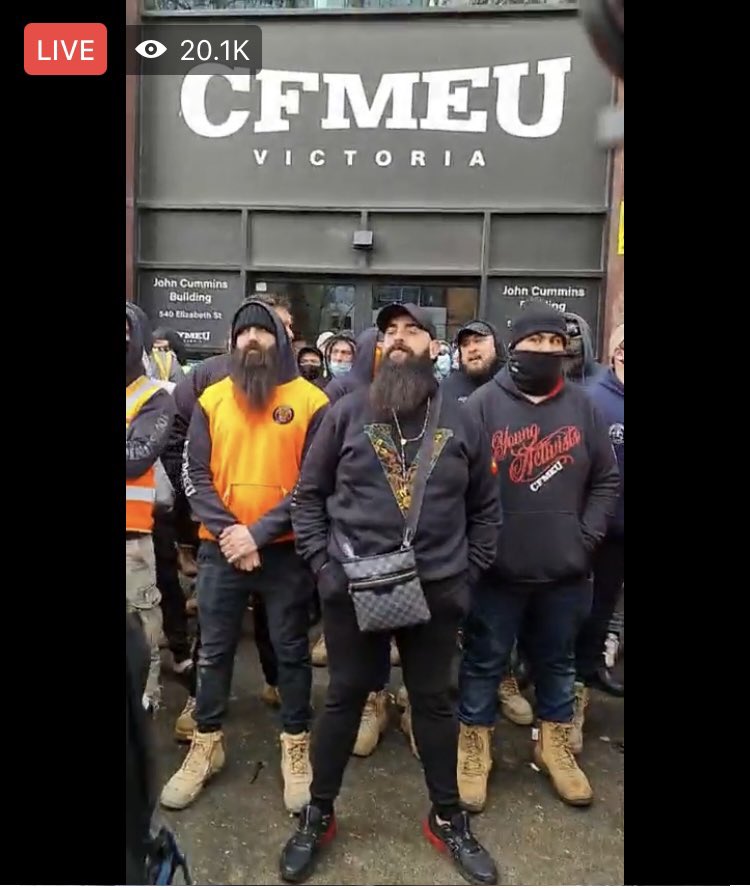 As for McLean, the man should be applauded. You can find the Melbourne Freedom rally on their website, as well as Twitter and Telegram pages. Hopefully McLean can get the same excellent legal assistance afforded to Reignite Democracy founder Monica Smit, and once he’s done he can sue the pants off the Lying Press.