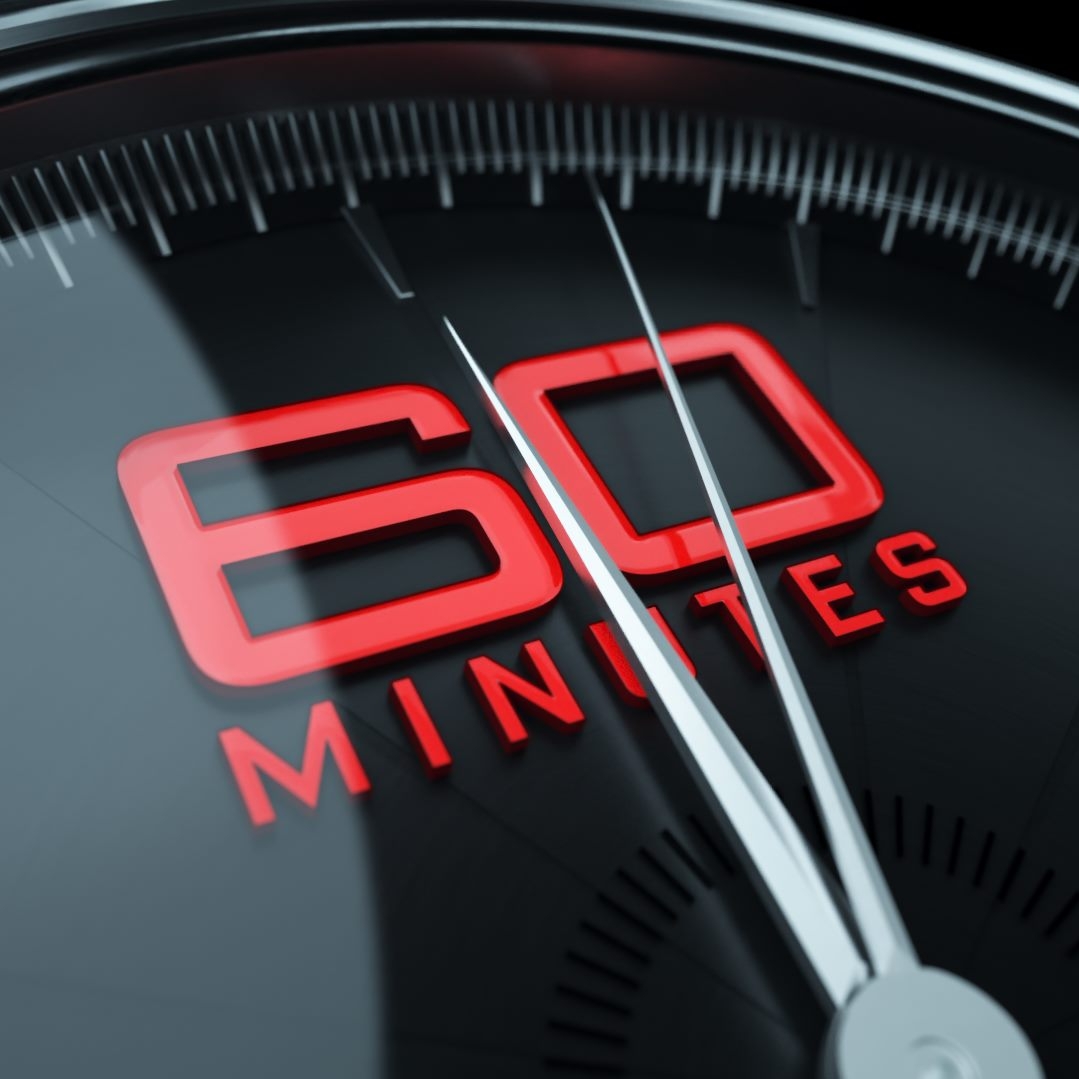 Channel 9 does not have a very good reputation amongst ordinary Australians. Their various tabloid outlets have been harassing people for decades, turning up at their doorstep, chasing them down the street, trying to embarrass them in front of a national audience.

60 Minutes comes in for special scrutiny. Let’s go over some of their highlights, or low-lights, because we know everybody just loves listicles.

1: That time 60 Minutes did child abduction

60 Minutes literally paid a criminal organisation to abduct children in a foreign country for views.
From Wikipedia:
In April 2016, Tara Brown and eight other people (including three other staff members of Nine, David Ballment, Stephen Rice, and Ben Williamson)[8] were arrested on allegations of child abduction in Beirut. According to Lebanese authorities, 60 Minutes allegedly paid $115,000 directly to the Child Abduction Recovery International Agency, despite claims that the exchange was made by the mother of the children. The abduction agency used has also been widely discredited, with fake recovery stories being posted on Facebook and their operators having been arrested all over the world. The recovery involved the team waiting in a parked car on the street and then snatching the children from their grandmother and nanny before driving away. “A Lebanese judicial source” told The Guardian that the group were to be charged with “armed abduction, purveying threats and physical harm” – crimes which carry sentences of twenty years’ imprisonment with hard labour.[9] The group were released from custody only after Nine paid a substantial money settlement to the father of the children the subject of the abduction attempt. This operation sparked wide debate about the ethics of the journalism being conducted.
That is what’s known in the journalism business as a stuff up.

Channel 9 paid an informant who used the fake name “Dave Ryan”, who claimed to be from Shepparton, to drive around Victoria towing a trailer plastered with deliberately provocative slogans. In on the act, their media mates dutifully reported on the trailer of hate. 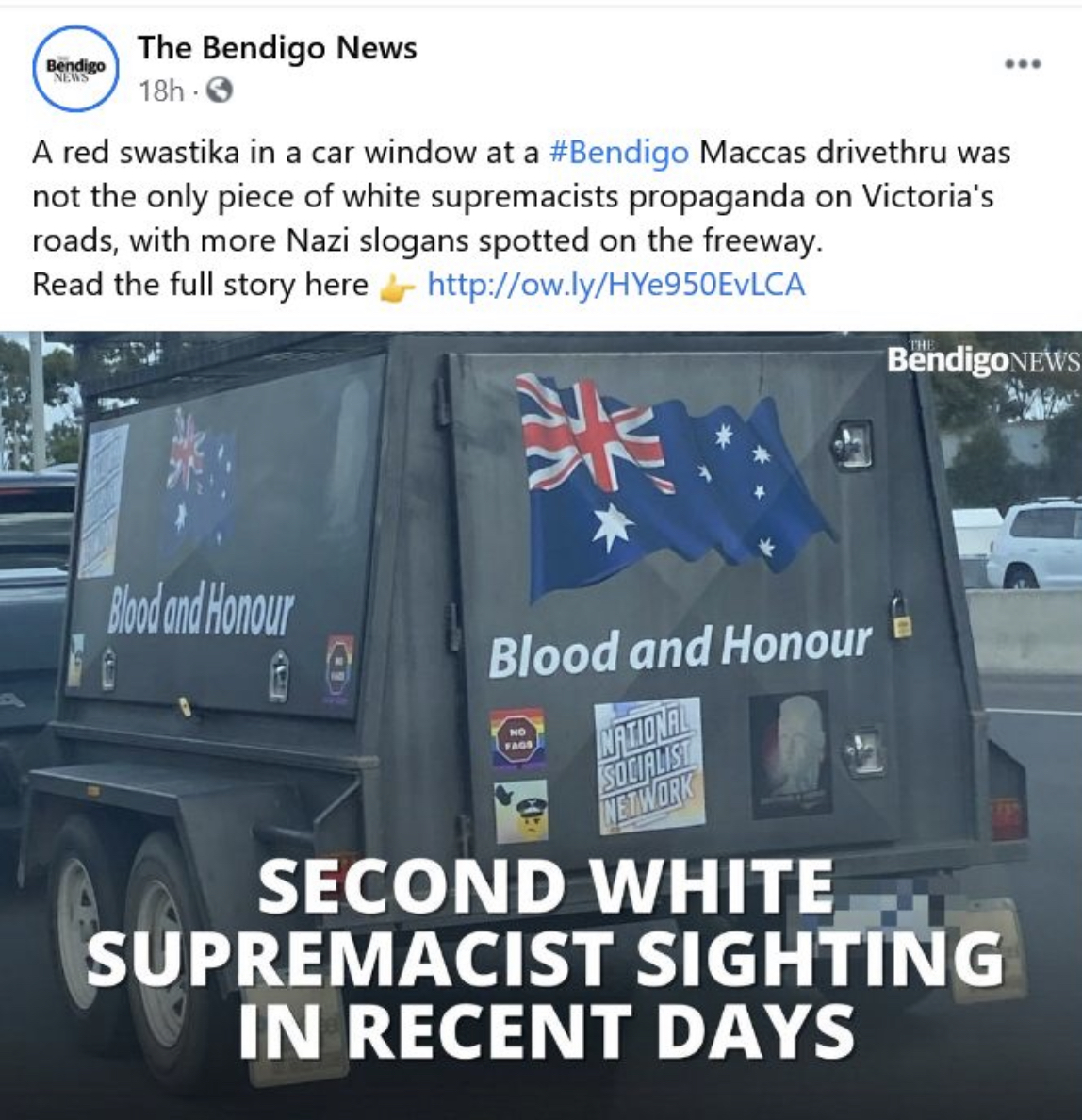 It was meant as cover in order to infiltrate NSN but it inadvertently (or deliberately) endangered their safety by antagonising terrorist group Antifa. Several acts of vandalism were committed against NSN members’ property during the period of infiltration. He also tried to start fights with non-Whites while in the company of NSN members.
Through “Dave Ryan” Channel 9 effectively sponsored NSN to the tune of thousands of dollars, buying meat and alcohol and through direct cash donations. He also regularly drove over the legal blood-alcohol limit.
As cover for his getaway the trailer was destroyed in Brunswick. Age journalist Nick McKenzie has openly admitted collusion with terrorist group Antifa and terrorist network Slackbastard, by thanking anarchist “journalist” Jason Wilson and Slackbastard front the White Rose Society for their help in putting the slopfest together:

Australia’s neo-nazis are growing and there’d be far more outrage if they were called Mohammad, not Matty. We unmask the key recruiters/US/Russia links with huge help from @jason_a_w @WhiteRoseSocAU @slackbastard @alexsmann and many brave sources. https://t.co/gJckHsLRRW

The poor grammar and editing of a recent article boasting about doxxing Australian nationalists reinforces the likelihood that Slackbastard terrorists are openly writing for The Age:

This represents a significant shift of the Overton Window to the far left in Australian journalism.
As such, it can be assumed that Channel 9 colluded with Antifa terrorists to destroy the trailer. To put it more bluntly, Channel 9 colluded with terrorists, to frame a bunch of guys who just want to be left alone to buy land and grow food, as terrorists.
Furthermore, given how closely they have worked with Channel 9 in the production of the slopfest, it is inconceivable that this did not have the involvement of Australia’s counter-terrorism establishment. ASIO boss Mike Burgess has openly admitted that NSN are a legal, law abiding organisation:
Mike Burgess said proscription was a useful tool but nationalist groups “absolutely know how the laws work and they’re prepared.”
However, when considered in the context of the Inquiry into Extremist Movements and Radicalism in Australia, and Burgess’ bizarre prediction that a terrorist attack in Australia is likely within the next year, it appears as though either:
In essence, they want to make legal, peaceful nationalist activism illegal. When we consider:
It appears that the incident at the Cathedral Ranges could have been an inept attempt by Australia’s media, “counter-terrorism” agencies, and actual far-left terrorist groups to frame ordinary Australians who just want their country back as terrorists.
Simply put, if “Dave Ryan’s” had not already tipped off Antifa terrorists and intelligence authorities, his “hate trailer” would have led any self-styled “anti-fascist” from 1000 kilometres away to the Cathedral Ranges.

3: That time 60 Minutes blamed a family for flood deaths

That’s not the first time 60 Minutes tried to link innocent people to deaths. In 2015 they conveniently left out crucial facts to frame a family as criminally negligent regarding flooding, and it cost a journalist over a million bucks.

In May 2019, a jury ruled that a 60 Minutes story aired in 2015 about the 2011 Grantham floods defamed four members of the Wagner family, from Toowoomba, Queensland, by implying they were responsible for the 12 deaths that occurred during the disaster. In November, a court ordered Channel Nine to pay $2.4 million plus $63,000 in interest to the family. Nick Cater, a journalist featured in the program, was ordered to pay an additional $1.2 million in damages.[10][11] Justice Peter Applegarth, who was in charge of the case, stated that while Cater had information contradicting the program’s allegations, he did not include them in the story. Applegarth also concluded that Channel Nine failed to inform the Wagners of the allegations until after the program had been publicised, and when the family did send a statement to Nine, they did not include it in the program.[10]

4: In America, 60 Minutes’ sister program covered up the health risks of cigarettes:

The jury is still out on this one. Smoking may well save you from Covid. But the pattern of big journalism covering for big business is clearly set.
From Viacom:

In 1995, former Brown & Williamson Vice President for Research and Development Jeffrey Wigand provided information to 60 Minutes producer Lowell Bergman that B&W had systematically hidden the health risks of their cigarettes (see transcription). Furthermore, it was alleged that B&W had introduced foreign agents (such as fiberglass and ammonia) with the intent of enhancing the effect of nicotine. Bergman began to produce a piece based upon the information, but ran into opposition from Don Hewitt who, along with CBS lawyers, feared a billion dollar lawsuit from Brown and Williamson for tortious interference for encouraging Wigand to violate his non-disclosure agreement. A number of people at CBS would benefit from a sale of CBS to Westinghouse Electric Corporation, including the head of CBS lawyers and CBS News. Also, because of the interview, the son of CBS President Laurence Tisch (who also controlled Lorillard Tobacco) was among the people from the big tobacco companies at risk of being caught having committed perjury. Due to Hewitt’s hesitation, The Wall Street Journal instead broke Wigand’s story. The 60 Minutes piece was eventually aired with substantially altered content and minus some of the most damning evidence against B&W. The exposé of the incident was published in an article in Vanity Fair by Marie Brenner, entitled “The Man Who Knew Too Much”.[67]

The New York Times wrote that “the traditions of Edward R. Murrow and “60 Minutes” itself were diluted in the process,”[68] though the newspaper revised the quote slightly, suggesting that 60 Minutes and CBS had “betrayed the legacy of Edward R. Murrow”. The incident was turned into a seven-times Oscar-nominated feature film entitled The Insider, directed by Michael Mann and starring Russell Crowe as Wigand, Al Pacino as Bergman, and Christopher Plummer as Mike Wallace. Wallace denounced the portrayal of him as inaccurate to his stance on the issue.[69]

The tl;dr of this is that 60 Minutes stuffed up so badly they made a movie about it.

5: That other time 60 Minutes got a little too cozy with intelligence agencies

We’ll just leave this one here.

On December 15, 2013, 60 Minutes aired a report on the National Security Agency (NSA) that was widely criticized[90] as false[91] and a “puff piece.”[92][93] The story was reported by John Miller, who once worked in the office of the Director of National Intelligence.

6: That time it turned out 60 Minutes was rife with Sexual harassment

The cry of “sexual harassment” is generally utilised by opportunistic females working in big corporations to advance their interests. Whether the media pays any attention to it is also based solely on opportunism. However, you do not define your enemy by its tactics. So, suck it 60 Minutes.

After the resignation of CBS news head Les Moonves, an investigation into sexual harassment at CBS, including 60 Minutes, uncovered evidence of long-running sexual harassment issues stemming from behavior of producers Jeff Fager and Don Hewitt.[97][98]

He just looks like someone. I can’t put my finger on it.

Here’s a bonus one. A Current Affair is the retarded cousin of 60 Minutes. As they air every night, they struggle for content and aren’t afraid of cutting a few ethical corners. Back when Media Watch was slightly less overt communist propaganda for the ABC, they ripped A Current Affair a new one over their sloppy journalism.

Years later jewish comedian John Safran helped the Paxton siblings get their revenge on Ray Martin, who didn’t appreciate getting a taste of his own medicine.