You can read part 1 here.

SAlt (as they are commonly known) struggled through the late ’90s. They attended the violent anti-One-Nation rallies and the beginnings of the far-left campaign against the Howard government, but they were a Trotskyist sect in the intensely crowded market of Melbourne. At that stage they had to compete with the Democratic Socialist Party, Future Yarra Councillor Steve Jolly’s “Militant Australia,” as well as their old comrades at the ISO and a plethora of tiny grouplets all vying with one another for attention, recruits and resources.

In order to battle on in such a bucket of crabs, Armstrong and his lieutenants developed the “propaganda group” tactics that had characterised the ISO in the mid-’80s and turned the volume up to eleven. This meant that the focus of the group was not only on indoctrination into a strict, unyielding and idiosyncratic interpretation of Trotskyist Marxism, but also a brainwashing process that left new recruits fanatically loyal to the SAlt organisation and equally hostile to other far left wing groups.

The first signs of this began during the S11 riots outside Crown Casino in September of 2000. While all the Marxist groups of Melbourne had been involved in the planning for the blockade of the large Crown precinct, as soon as the event got underway both the ISO and the SAlt started ordering the bemused protesters in different directions. The DSP and Stephen Jolly’s Militant crew (now renamed the Socialist Party) tried to stick to the original plan and ended up giving a third set of instructions to the already confused attendees.

SAlt then upped the ante by leading about forty people away from the casino on a merry trek to blockade the offices of the Herald Sun in protest of their employment of conservative commentator Andrew Bolt. When they returned they went from entrance to entrance trying to recruit people who were picketing and draw them away by waving a preponderance of red flags at them.

It also set a pattern that has come down to this day. SAlt does not play nicely with others. In 2009, 2012, 2014, and 2016, Socialist Alternative has been rebuked through articles and open letters from other extreme leftist organisations for everything from disrupting rallies to openly assaulting members of rival groups. This fanatical sectarianism is part of the reason SAlt has been described by many of their leftist compatriots as akin to a cult.

A series of articles for the University of Sydney magazine Honi Soit (some interviewing former members and one written by a former member) have helped shine a light on the organisational tactics of the group.

Some of the testimony of former members shows just how cultish the organisation can be:

“They prey on the vulnerable by finding people who have social anxiety … making them feel really welcome. They switch between super charming and super nasty and aggressive… They have a system of abuse [against] anyone who doesn’t stand by what they say,”
“Their methods were violent. They were almost cult-like, enforcing ideological orthodoxy in the party. There was no diversity of opinions, none of that. They want a movement without dissenting opinion,”
“Their tactic is to drown out debate, both literally and figuratively. They’ll try and shut down debate even if they don’t shout it down. They’re just making the rest of the student body look bad,”
“(SAlt is) openly aggressive to other political currents, even those that have similar beliefs and sometimes identical beliefs to the organisation.. (I asked myself) why on earth am I wasting my time hating on a group of people that have the same philosophy as our group?”

The article written by former member Liam Donohoe is particularly enlightening, describing the assembly-line nature of SAlt recruitment and indoctrination. He describes a system where first a prospective member is put through a variety of “Marxist Discussion Groups” to furnish them with the correct answers to any question of ideology before being put out to work on paper stalls and postering trying to recruit new members themselves.

Both Liam and many other former SAlt indoctrinees describe a system where once you pass through the arduous hoops and loyalty tests required to become a full member, you are expected to put your entire life on hold, and to cut ties with “counter-revolutionary” friends and family outside the organisation.

The University of Sydney branch was established by siblings Omar and Ridah Hassan who were transplanted up north from Monash University in 2013 to “colonise” Sydney, much as the ISO had in the ’70s. Their success has been astounding. Starting almost from nothing the Hassans have built the most militant, numerous and active branch of SAlt outside Melbourne.

But that success isn’t an outlier. The cult-like model SAlt has adopted has achieved something that is almost unheard of in the modern western world; they started as a small political extremist political group in an extremely crowded market and out-competed all their rivals.

In the year 2001 when SAlt refused to join the ISO and the DSP in the Socialist Alliance, their group had already existed for six years and had seen no real growth. They were a minor player in a crowded field.

Eleven years later in 2012, SAlt had leapt to a position of unequalled dominance on the far-left, at least in terms of where it matters most — active members on the ground.

The ISO had declined, split and dissolved itself. The Socialist Alliance project where Marxists attempted to carve out an electoral niche to the left of the Greens had been an unmitigated failure gaining only tiny handfuls of votes. The Alliance had shed all of its members until only the DSP remained and could summon less than two hundred activists, to the SAlt’s four hundred.

The Alternative, with its obsessive focus on Universities, was even beginning to make headway inside the National Union of Students, a lucrative area that the DSP had tried and failed for decades to crack. The Revolutionary Socialist Party, a split from the DSP, even begged (and was allowed) to merge with the SAlt. In the next few years almost all remaining extreme left groups would hold talks to discuss the possibility of doing likewise. 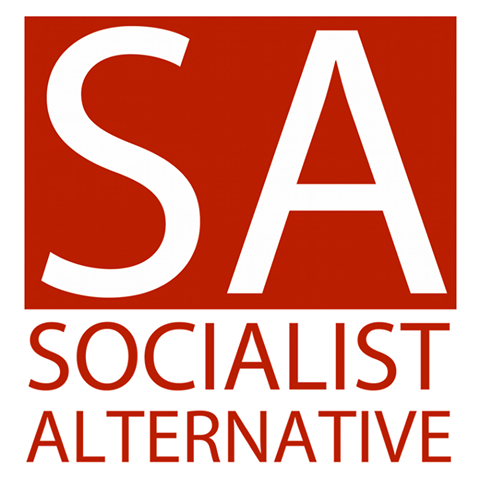 Socialist Alternative continues to go from strength to strength. Their influence continues to grow with each new class of university graduates that enters the workforce. While university students in the humanities may not fully embrace Marxist ideology during their time as undergraduates, in nearly every campus in Australia SAlt makes sure that the fact that such an ideology exists (and the subtext that it is an acceptable part of political life) is undeniable.

Mick Armstrong and his band of fanatical sociopaths started out almost with nothing. Now they hold conferences each year in packed halls and their old enemies send begging letters asking them to please be nicer.

This year at Easter, Socialist Alternative is holding their annual conference “Marxism2018” at the Victorian College of the Arts, part of the University of Melbourne’s Southbank Campus. The fact that a group which openly boasts that it wants to violently overthrow the government install a totalitarian regime and destroy everything about the country in which they live can hold a conference in the centre of Melbourne without even a whimper from the supposed evil right-wing establishment should be cause for thought.

The truth is, they are the establishment. Their views are now either accepted as normal or held personally by the majority of our countries’ educated elite. They can bash people in the streets, cause riots which put bystanders in hospital and publicly burn the flag our ancestors fought for without a second of thought for any repercussion.

There is no career damage done, no censure from future employers. As XYZ has repeatedly pointed out, most of the time SAlt members speak to the media, the journalists involved don’t even bother to mention their membership.

One of the founders of the group, Jeff Sparrow, is an opinion columnist for the Guardian. One of the speakers at this conference will be Roz Ward, the SAlt member and La Trobe lecturer who designed the perverse Safe Schools program being taught across Australia to children today. Another speaker is Liam Ward, a lecturer at RMIT in media and Communications. Another academic speaker is Tom Bramble who taught impressionable minds the finer points of industrial relations at UQ for over a decade. Yet another speaker is Rick Kuhn, a man who despite decades of membership in numerous extremist groups remains a research professor in Sociology at ANU in Canberra. Declan Murphy, a SAlt activist, was hired last year by powerhouse law firm Maurice Blackburn.

Make no mistake, these people and others like them are in power in our country. They don’t win any seats in Parliament, but they decide who gets to say what, who gets to organise politically, and what is and isn’t acceptable in public life.

And they teach the next generation of professors, teachers, journalists, bureaucrats and public servants how to view the world.

We let it slowly happen over the course of decades because ordinary Australians like you never organised, never spoke up effectively. It happened because those in power who were supposed to protect us from this infiltration of our culture were weak and self-interested, and those of us who could have put pressure on them to act were disinterested and apathetic.

But it doesn’t have to be this way.

The Stalinists and the Maoists who were so powerful as to block the political sunlight from the Trotskyists crawling at their feet fifty years ago are gone. Despite what the left bleats, there is no “right side of history”. Ideologies live or die based on their ability to fill the minds of people, particularly the young.

Marxism can be fought, and in this country it can be beaten. There is no iron law stating that these traitorous filth must continue to pollute our streets indefinitely.

But you have to do something about it.

We have seen from the way the far left skipped straight from same-sex marriage to attacking Australia Day that these people will not stop until somebody stops them.

That somebody needs to be you and the many other silent people like you out there in the suburbs and towns of our nation.

If you want to organise in your local area, now is the time. If you don’t know anyone, contact XYZ and we will see what we can do to help.

If you have not signed up to XYZ as a Patreon please do so. Even a dollar a month helps. Every new Patreon even of the smallest amount is a sign to the writers here that what we do matters to people and gives us the strength to continue.

And finally, if you have no money and live alone in a decrepit hut so can’t organise and can’t donate, then it’s time to dust off your keyboard and write an article for XYZ. We need you now more than ever.

There are no excuses anymore. Your country needs you. It’s time to fight back