Nick McKenzie, the Jewish antifa presstitute working for Channel Nine’s 60 minutes Australia (in conjunction with The Age and Sydney Morning Herald), broadcasted a slopfest last Sunday with another instalment set to air this Sunday.

As XYZ Editor David Hiscox outlined on Monday during The David Hiscox Show McKenzie’s mole, a guy going by the name “Dave Ryan” (real subtle), was driving a trailer around the state that managed to make the headlines in the Bendigo area and the Herald Sun: 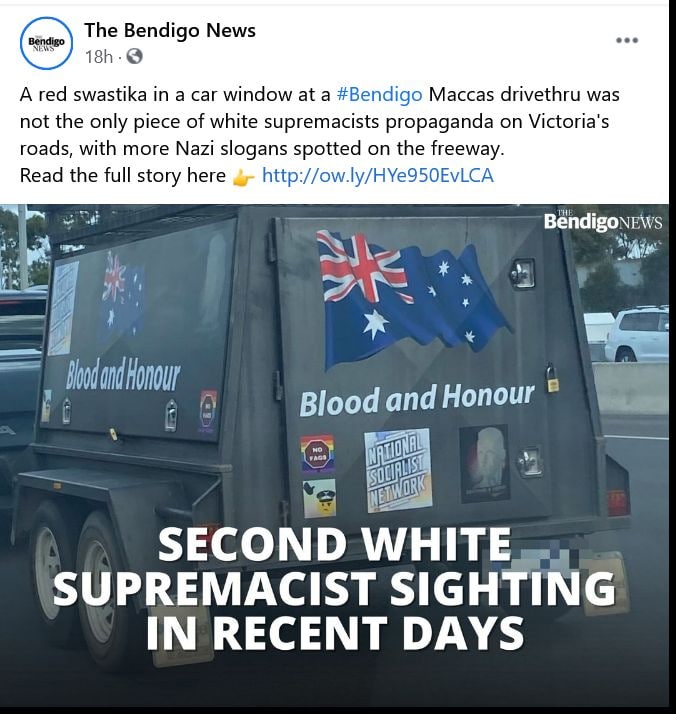 Looking like a half assed version of George Lincoln Rockwell’s “Hate bus” the 60 minutes sponsored “Hate” trailer is likely not going to receive an ounce of scrutiny by law enforcement, as they’re ostensibly colluding with 60 minutes, The Age, SMH, Antifa and organised Jewry at this point.

Proof of this fact can be seen with the way they’ve been dealing with White Revolutionaries, particularly how Jocob Hersant was dealt with two days prior to McKenzie’s slopfest airing, not to mention how anti-lockdown protesters have been handled today.

With only self-loathing liberal and cuckservative boomers and tranny youths believing the garbage that’s disseminated by the lying kosher corporate controlled media these days, it should come as little surprise that the system is getting nervous.

How many more trailers McKenzie and Dvir Abramovich will have to deploy to get people woke to the “Nazi threat” is anyone’s guess.

Perhaps 1,488 trailers on the road will work?