Although anti-lockdown protests in Australia have grown steadily over the last year and a half they have been dwarfed by the massive freedom protests in Europe.

This is tens of thousands of people across Australia who oppose mandatory face masks to protect us from a virus with a 99.9% survival rate, vaccines with a suspiciously high death rate, and having their livelihoods and lives destroyed by the totalitarian lockdowns imposed by our incompetent rulers.

The Regime has no Plan B for this, so they are simply ramping up the gaslighting.

Dan Andrews: “I don’t know what half of them are protesting against.”

The demonstration turnout is significant considering the level of oppression, media lies and naked police violence directed at anybody who opposes the lockdowns. People are making the judgement that the consequences of opposing coronavirus restrictions no longer outweigh the consequences of obeying them.

State political police and their lackeys in the Lying Press understand this equation, yet (again) they have no plan B other than to ramp up the repression, violence and lies. Taking a leaf out of the Regimes in Caracas and Washington D.C., authorities are combing surveillance footage in order to track down dissidents.

Given their track record and the escalation we have already seen, they are likely to break into protesters’ homes in the middle of the night to brutalise their families.

Don’t be surprised if a baby gets shot in their bedroom by trigger happy “Counter-Terrorism” police in coming months.

The Lying Press is playing its own part, teaming up with NSW Police to spread the dangerous conspiracy theory that a man who tried to fend off a cavalry charge by mounted police punched a horse.

Given public anger in England towards the Lying Press:

The sentiments of Stephen Wells are likely echoed by a strong proportion of Australians.

The strategy of the Regime isn’t going to work, precisely due to the aforementioned logic. The Regime doesn’t have any magic tricks up its sleeve other than to do what has worked for it up until now, but do it more, However, a critical mass may have been reached whereby people who were previously too scared to openly oppose the lockdowns have suddenly found their courage.

YOU PEOPLE DONT KNOW WHAT YOUVE DONE!!!!
Your efforts in marching in Melbourne and Sydney during a lockdown have done nothing but inspire people like me who believe – but are too scared of fines and being arrested- to March at the next one.
I know at least 10 people like me in my circle.
All will be at the next one and are so incredibly grateful to the brave people who attended yesterday
Freedom fighters – you are!
I’m so proud of you all and incredibly happy you stood up!

Finally there is hope
If they even talk of extending this b/s lockdown on Tuesday – the march yesterday will look like a small family gathering
Thanks to your strength and bravery – the resistance has begun and many more will join you
Huge hugs to all of you guys.
LEGENDS

These are the biggest genuinely anti-establishment protests since the Reclaim Australia rallies of 2015, the rallies against African Gang violence in 2017 and the emergence of King Anning the Uncuckable. These rallies likewise attracted tens of thousands of ordinary people. Significantly, this was achieved before the days of oppressive Big Tech censorship. The Facebook groups and pages were huge, information passed swiftly and freely.

Consequently, what makes these anti-lockdown protests so significant is that they were organised despite Big Tech censorship, secret police infiltration and with the entire Lying Press set firmly against them. By contrast the astroturfed anti-Australia Day rallies received blanket support from the Lying Press, favourable treatment from the political police and Soros funding, yet they only attracted a few thousand supporters across the country.

The weekend’s rallies were achieved without any of this. The Regime is freaking out. 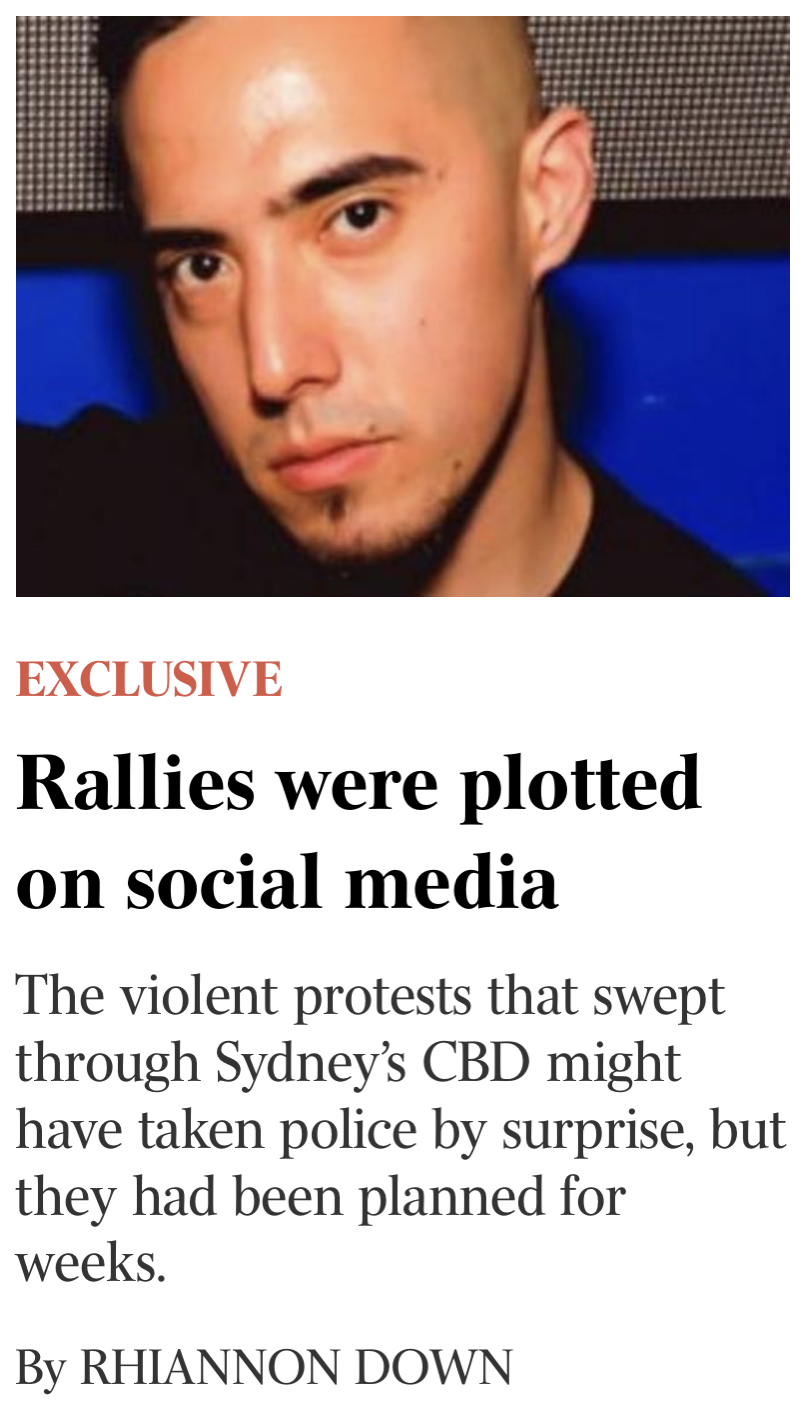 Posts which contradict The Narrative, whether it be coronavirus, the 2020 election or the JQ, they last five minutes on Big Tech social media. If you hint at contradicting The Narrative, big warning signs appear telling you to get your information from a credible source. All the interesting people have been kicked off Facebook.

But that could not stop tens of thousands of Australians assembling in the capital cities to give the Regime a very bloody nose.

Once again, the Regime is a one-trick pony. They are posting scary stories about all the scary new social media sites which all the scary people who don’t agree with them are using to organise scary protests which go against their agenda of vaccines and buttsex for five year olds. 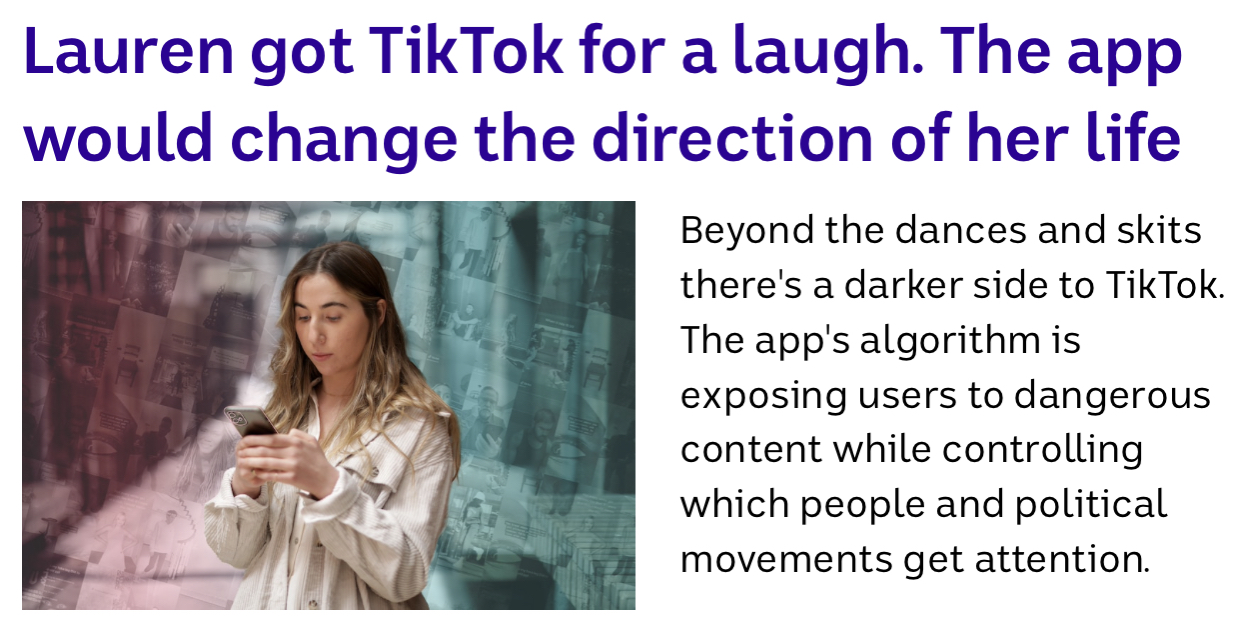 Expect Telegram and TikTok to either purge all nationalist and anti-lockdown content and activists, or for them to get shut down. This is fine. Everybody will just migrate to new sites which become new hubs. Then they will get shut down too. That is fine too. The Regime can get rid of the means people use to communicate but it cannot get rid of the people. Unless the Regime starts shooting people in their homes and in the streets.

This is fine too, because, well, you know.