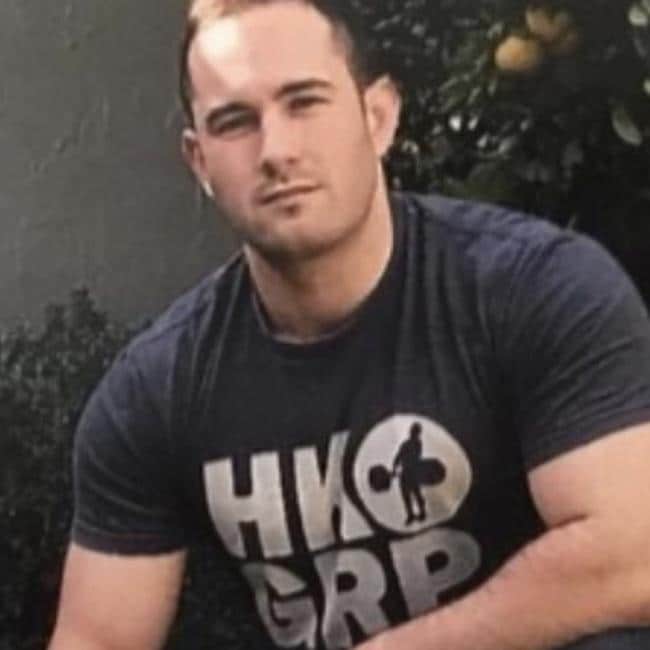 Editor: Thomas Sewell was imprisoned without trial and on no evidence for his political beliefs in May this year. His letters from prison have been epic and are published on his Telegram page. Although they arrive several weeks late, they are epic.

Today my bail application was denied, my lawyer put up a very good fight and I was thoroughly impressed by his efforts. He put up significant arguments that not only was the timeline of alleged events “jumbled up” in the words of the alleged victims themselves but also that the prosecution had no evidence to suggest that I had performed an armed robbery, or even a robbery of any sort; this point was confirmed by the prosecution who more or less stated that they had evidence that I was allegedly present at the incident, part of this evidence was that one witness identified an unmasked “ring leader” as being 10ft tall and not overly built. Despite the exposed weaknesses in the prosecution’s case, the counter-terrorism police informed the court of numerous irrelevant statements related to podcasts I had done where I had allegedly stated that “I didn’t want to live in Nigeria” and that “White people are being replaced” which was of course then explained by Counter-Terrorism as an “extremist conspiracy theory”. The evidence presented by CT police was more about who I was, and what I believed, than any alleged criminal activity, which should prove beyond any reasonable doubt to the public that the case against me is a political witch hunt against “extremism”, a subjective buzzword the system uses to describe any legal thought that they do not like. Other than statements about my political views which at this stage are still legal, a case was made by the nervous Counter-Terrorism officer that because I had instructed friends to assist my lawyer in any research relevant to my defense and other matters related to politically motivated violence that our opponents have inflicted on our members and myself, this was described to the judge as being threatening behavior towards the alleged victims. These two arguments by the prosecution seemed to be the strongest influence on the outcome, that being “extremist views” and the “threat to the community” that no bail conditions could sufficiently change.

The only other thing of interest during the hearing was that counter-terrorism police described the Channel 9 incident as an “unprovoked attack” and that the assault on Jacob was merely the security guard escorting us out. The lack of integrity by those within Victoria Police is beyond astounding, the fact that Victoria Police have still not charged the guard or any of the Antifa members we have identified as having performed politically motivated violence against us is more proof that we are struggling against a systemic evil that we must continue to expose. The system feels attacked and is using its machine men within the security services to act as a Stasi for the new liberal tyranny that is starting to show its true face. I am glad to have spent every waking hour of the past 12 months exposing the system and its lies. I am glad to have been proven right in my predictions that I began expressing 9 months ago that the Government would begin locking up White nationalists and would try to make it illegal to expose the systemic ethnic cleansing of White people in Australia and around the world. Around 9 months after making that initial video we find ourselves in a situation where Australian Senators loyal to Israel and Jewish interest groups, the mainstream media, security services and “academics” have almost completed their task to eliminate any public opposition to White replacement.

Although being publicly involved in the movement for 6 years and 2 months it was only in the last 18 months that I summoned the strength to drop all the facades and failed tactics that have plagued our movement and decided to go head first into battle waving the banner of Truth above my head. I went into this struggle against the system with the full knowledge that I may end up dead or imprisoned, or one before the other. I knew that my only other option was to hide in the shadows and bide my time, hoping that one day the light would ‘on its own’ regain its strength. I was cursed every night by the nightmares of what will happen to our people if that light slowly burns out. I would toss and turn in anguish night after night, paralyzed spiritually by inaction, I would struggle to even look at myself in the mirror and see a man staring back, knowing the infinite millions of our ancestors that suffered immeasurably so that we could be alive today. And what was I doing with my time other than a half-assed effort, beating around the bush and trying to keep a loud minority of cowards appeased, all of whom would—and eventually did—run away at the first sign of hardship or struggle. There will be many critics and many “I told you so”s from those who would comfortably see our country turn into another South Africa in our lifetimes. Comfortably, with their video games, well-paying jobs, etc. The solution, conveniently, is safety in atomization rather than the riskier option—safety in numbers, but where those numbers are a persecuted bunch. It would be easier to wait it out, but for every day of inaction our people become further physically, culturally and spiritually disarmed. I decided to free my soul from this cursed purgatory and rage against the dying light. Despite claims or attacks from the police, media and academia and other purported “psychoanalysts” of doing “this” purely for attention and that my motivations were fueled by “narcissism”, or “grandiose perceptions of oneself”, the reality is that I selflessly give my life to my race, even if most of my race hate me for it right now. I don’t want to have to die. I have no interest in death; my only interest is in life eternal and giving as much as I can to that which lives forever. I have not been in command of myself for some time. I put myself second to higher purpose and providence lifted me onto the back of the tiger. I clung onto the tiger’s scruff and it clawed at me just like the many others that rode it before me and those who still ride it now. I bare the scars. Fate has commanded me to burn brightly the last 18 months and now fate has commanded me to a prison cell for at least the next 18 months. Fate may even command me to spend even more time than that, or even place me somewhere in the great halls with Tesak, Tommie Lindh and the giants who need no introduction. Whether in 18 months or a few years, I hope fate gives me the chance to give myself to this movement for many more tours of duty to come; I have so many years to give and I beg for the chance to clear my name of petty criminalities and fatalism.

While I wander this underworld in search for the answers, I hope that my fire burnt so bright that it helped re-light yours, I hope that it inspired you, not to violence or petty criminality that the state might suggest was my intentions, but instead to work and work and work, to only lift up for air when necessary so that you can put your head back down and work. I promise you I will be working in here, not a day will go by where I rest. I will have many things for you when I return, all that I ask in exchange is that you never lose hope, that you keep struggling and that our movement is stronger with every passing month. There is always something that needs doing, stop telling others how things “should” be done and lead by example instead.

Keep piling on the tiger’s back, it is getting tired, it is getting furious, it is burning itself out. Keep piling on its back, your weight slows it down and it inspires others to do the same. And lastly, go forth and be fruitful, but keep your fruit away from the system’s moldy basket.

Hail victory! I will be with you soon.