This month the Victorian government made Neil Erikson a political prisoner. It seems they are determined to also make him a martyr:

“Political prisoner Neil Erikson has just had a zoom meeting with Victorian prison authorities they have informed him that they had been contacted by the Victorian police commissioner Shane Patton who requested that Neil be moved to Port Phillip Prison which is undoubtedly one of the most violent prisons in Australia. He is to be moved to this maximum security shit hole because he has been deemed as a “danger to society” even though he has no history of violent offences, this is his first time in prison and his sentence of a month is almost half way complete.

“This is further proof that Neil’s case is political and that they are punishing him more for his political views than his actual crime. Victorian police have no authority over the privatised Victorian prison system.

“The fact they are moving him at the request of the commissioner is something that needs to be investigated.”

I am informed that Port Phillip Prison is divided into several sections containing different categories of prisoners. Several of those categories include violent, psychotic murderers.

As Jaz has pointed out, it makes no sense for Erikson to be in a place like this. He has committed no violent crime, and is in jail simply because he refused to accept a totalitarian community corrections order which would have severely restricted his freedom of speech.

The jewish judge at his sentencing hearing appeared to bristle at the fact that Erikson called the government’s bluff, preferring to force them to jail him for something he said rather than accept an enforced silence. It is possible this is meant as a warning to others they intend to silence, as these CCO’s which require an end to online activism and acquiescence to so-called “deradicalisaton” programs appear to be a thing of the future.

Erikson’s characterisation as a “danger to society” is accurate from the point of view of Victoria’s Weimar government. His activism regularly exposes the brutal insanity of modern Australia. Victoria’s Stasi arrested him simply for protesting against the murder of tens of millions of unborn babies. He has triggered the reprobates who have subverted Christian churches.

He has exposed the Marxist agenda of Yarra Council whose elected officials are open Marxists.

He publicly humiliated the foreign, proven Chinese agent Sam Dastyari who at one time served in federal parliament:

When he draped himself in the Australian flag on the steps of Flinders Street Station in Melbourne on Australia Day 2020, Victoria’s Stasi arrested him.

Most recently he exposed the anti-Whites at Kingston Council who facilitated a monster to promote anti-White hatred directly to high school boys:

He is being transferred to the most dangerous prison in Victoria simply for attending a muslim public “prayer” event in Melbourne in 2019 and openly voicing his opposition. To repeat this point, Neil Erikson is in a maximum security prison for something that he said.

Muslims throughout the West have raped, beheaded, bombed and mown down the civilian populations of the West. Every time they do this the governments of the West lecture us that we are the problem, not the muslims. By informing us that “diversity is our greatest strength” they make it clear to us that our replacement by foreign populations is indeed a deliberate policy of government.

For this reason, the murder of White people by muslims is not a “danger to society”, but the channeling of the rightful rage we feel at our betrayal by our governments into peaceful and oftentimes hilarious political activism, is.

Neil Erikson’s activism, along with the activism of Fraser Anning, Thomas Sewell, NSN and all genuine Australian nationalists who have come before them is a direct threat to the Australian Regime because it has the potential to awaken the masses of the Australian people against our replacement.

This is the man responsible for this act of attempted murder by the Victorian Regime, Shane Patton: 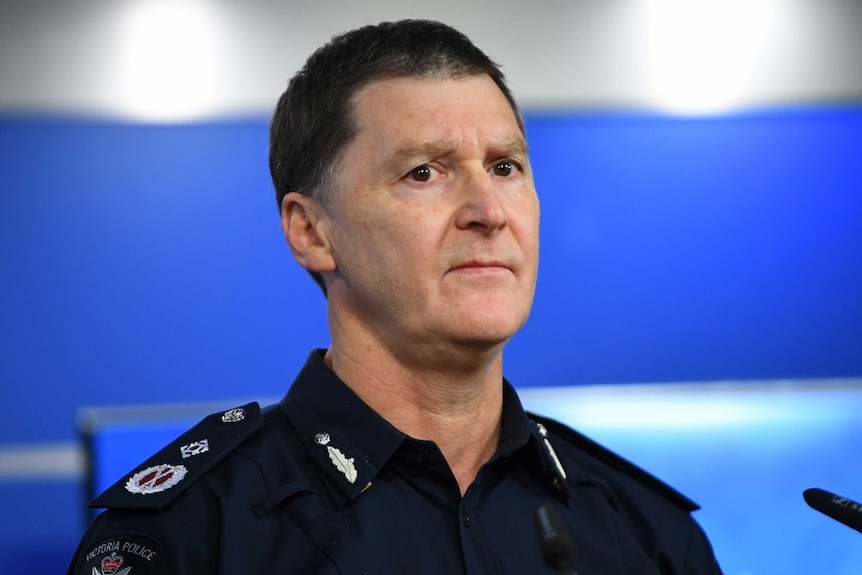 He is clearly a homosexual who has gained his position not through competence but by his willingness to fulfil the dictates of his political masters.

As far as The XYZ knows, he has not yet been charged for this flagrant abuse of power but rest assured, one day he will and he will be prosecuted to the fullest extent of the law.