Remember that time the media made us terrified of AIDS then spent the next four decades telling us not to be scared of homosexuals?

How are they ever going to explain this one then? 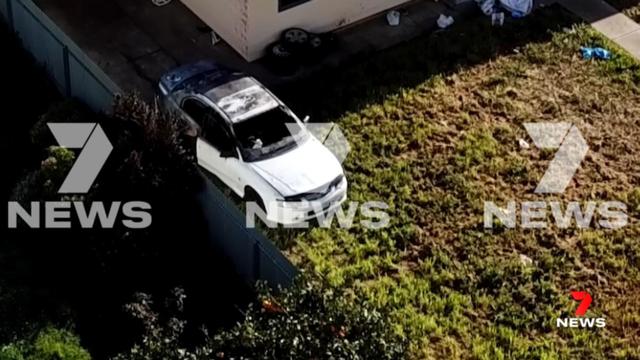 A South Australian woman’s car was allegedly torched because people blamed her for sending parts of the state back into lockdown. This is literally a hate crime incited by government and media hysteria:

A COVID-positive woman’s car has been torched after her infection resulted in restrictions being re-imposed in parts of South Australia.

The car was found alight in the backyard of the woman’s Mount Gambier home about 10pm on Tuesday.

She and her four children were not home at the time of the suspected arson attack.

Instead, they are quarantining at a medi-hotel in Adelaide.

The cause of the suspected attack is unknown – but neighbours say “rumours” have been floating around that she was not truthful in her account of her movements.

Rumours. Apparently, locals had also claimed she pinched their cats.

She acquired the virus in Victoria before returning to her South Australian home.

During her interview with contact tracers, she said she had only been in regional Victoria.

Police are now investigating whether she had actually been in Melbourne.

Naturally, the Regime is desperate to deflect from its own culpability:

“They’ve committed a serious crime and if we do detect them we’ll deal with them appropriately but I’m just asking people to show tolerance.”

Fancy that, using the same kind of language they always use after a terrorist attack. Our government is responsible for that too.

Obviously, ordinary people are responsible for their own actions, both in going along with government and media-fuelled Covid hysteria and in torching the car of someone accused of bringing the dreaded pox into their state.

However, consider the fact that Australians have had their doors broken down, have been followed and arrested, have been treated like terrorists, and arrested in front of their children on the charge of “incitement”. This so-called “incitement” has been merely the suggestion by the accused that people should meet in public to oppose Covid Tyranny.

Now consider that our governments, supported by the police and the the Lying Press have subjected the whole Australian population to the psychological torture of both intermittent and extended lockdowns; encouraged people to snitch on their neighbours if they see them breaking the “rules”; destroyed people’s businesses and livelihoods; are mandating dangerous vaccines; and have bashed the living crap out of anybody who opposes the lockdowns and then blamed the victims; all under the pretext of protecting us from a virus which has a 99.9% survival rate.

Australia’s leaders are the ones imposing a totalitarian dictatorship. They are even actively discriminating against an entire class of people, banning the unvaccinated from working. They repeat the mantra that “we are all in this together”, yet they have very skilfully played off different segments of the population against each other.

Now they have incited someone in a South Australian town to torch a woman’s car and they will do anything they can to pin the blame on someone else.