We’re not going to show a picture of the degeneracy displayed last night at Sydney’s so-called “Gay and Lesbian Mardi Gras” because there is no need to poison our eyes or our minds with that mess. Instead here is a picture of the beautiful SCG. 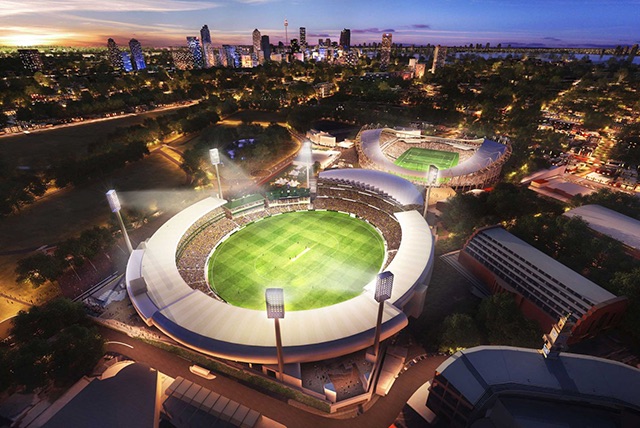 It’s quite fitting that this festival of filth was held at the SCG given how fake and gay cricket, football and rugby have become in recent years. It is a dangerous game for globohomo to play, making Aussie sport less appealing to the Aussies it is designed to keep in perpetual coma. As our national pass times become more and more debased, more and more Aussies will be forcibly woken up and flock to the nationalist cause.

One can’t but help groan at the irony that a separate protest against so-called “homophobia” and “transphobia” was held along Oxford Street, given that the degeneracy of these reprobates is shoved in our faces in all mainstream culture. They are furious that not everybody openly embraces sin, and that straight White people continue to be straight and White.

As noted in the headline, the other irony is how they have gone to such great lengths to ensure that the guidelines imposed by our idiot government in response to the fake pandemic were followed. Particularly as engaging in homosexual sex is one of the most dangerous activities on the planet. A massive proportion of the world’s AIDS cases consist of subsaharan africans and homosexual men.

The final irony then, is that if there is one group from whom we should “socially distance” ourselves, it is homosexuals.