Every major public event is preceded by a religious or magical ceremony. As our nation has turned its face from God we have elevated sport to the position of national religion.

Until even a couple of decades ago we were still strong, despite this hollowing out of our foundations. We may not have saluted the sun or bowed our heads to God, but we still raised the flag, wore our national colours and sang a song warning our opponents “You’ll never catch me alive!”

However, as our country has been subverted and invaded, so too has our new national religion, and without a solid foundation in God and a dedication to securing the existence of our people we were wide open to subversion.

Instead of incense we burned gumleaves.

Naked savages openly declared war but we pretended they were just dancing.

We gritted our teeth as our representatives recited humiliating prayers of atonement to a false god.

And we allowed our defeated foes the audacity of welcoming us to the land our ancestors conquered.

Currently our people are held under house arrest across the Anglosphere by a state bent on our destruction. The state sends its zombie hordes to destroy our nice things:

#HappeningNow the protesters in Rochester NY are “shutting down restaurants”, tables are broken, people running off scared #rochesterprotests pic.twitter.com/oxmlZp526w

It sends its deputised mob to brutalise old ladies:

Sleep safe tonight, Melbourne. They got the villains!
pic.twitter.com/O2mnyFTP1r

While blatantly declaring its double standard by allowing self-hating Anglos to call for the destruction of what remains of our economy:

And they murder us in the street:

It’s the perfect time to step up the witchcraft at public events:

We can no longer pretend to ignore it. Soon they will make the entire crowd bend the knee and bow our heads, as though waiting for an executioner’s axe. Next comes being fed to lions in the arena, if they haven’t already poached lions out of existence without the silly laws white people made to protect them. Yeah, on second thoughts, they’ll probably just do some kind of ritual sacrifice of a white kid.

Thank God for the Australian Cricket team, they are having none of this African witchcraft nonsense. 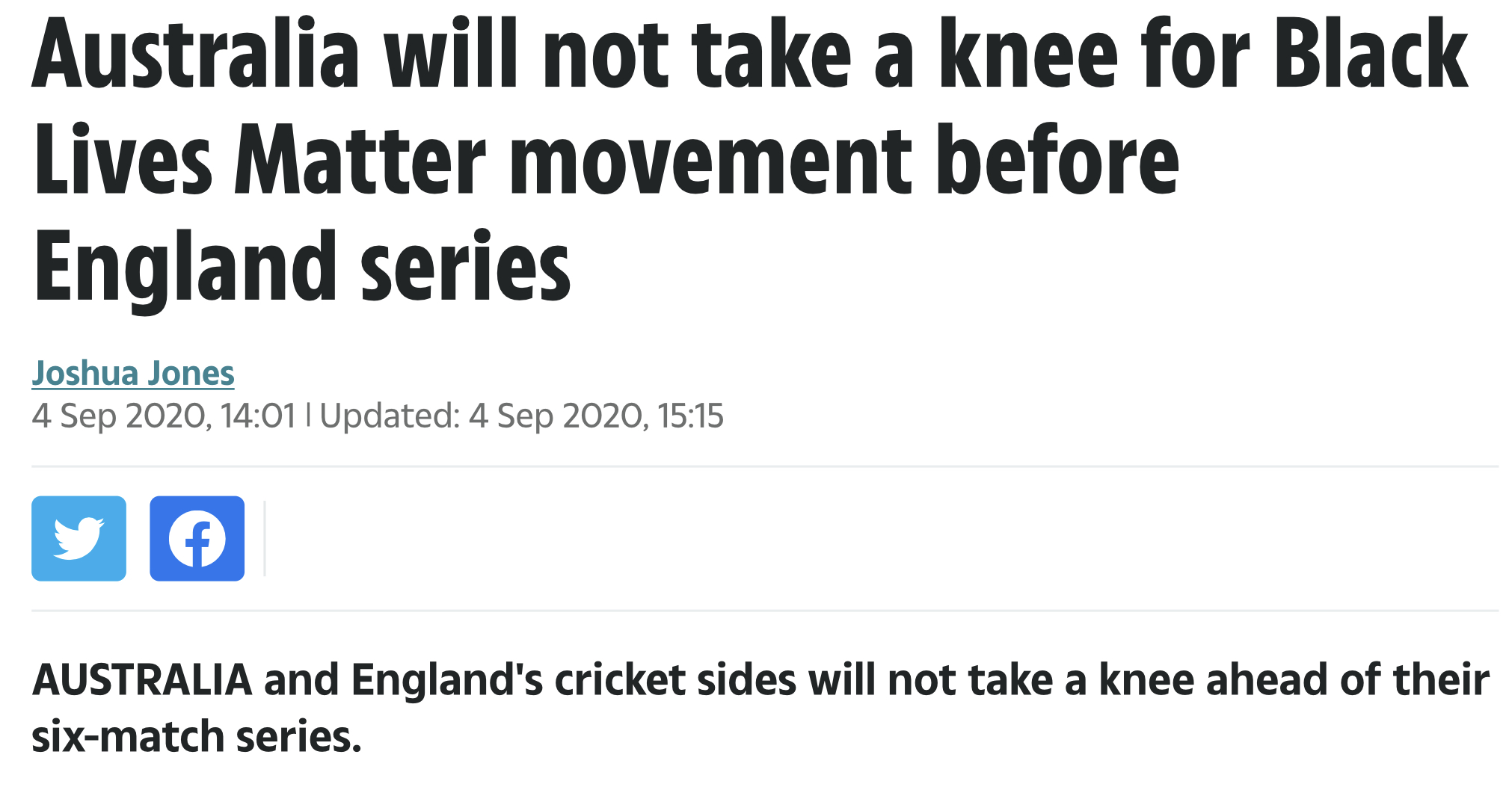 One-day captain Aaron Finch and his English counterpart Eoin Morgan discussed the idea of the visible public support of the Black Lives Matter campaign to fight against racial injustice.

But Finch revealed the two teams will not be taking a knee – and wants to promote education instead.

Speaking ahead of Australian cricket’s first match since Floyd’s death, Finch, 33, said: “The education around it is more important than the protest.

“I have spoken to Eoin and we are not going to do specific gestures like it as happened in the past.

“For us, we are really proud to play a game where it is celebrated all around the world and anyone can play it.

“It doesn’t matter what race, what religion, what nationality you are from. Cricket is a game for everyone and I am really proud about that.”

This is a very polite way of saying that the other races are beneath us and we want nothing to do with them. We have given them so many good things, of which Test cricket is amongst the best, but all they do is spit in our faces and send their hordes to invade our countries.

We must completely remove ourselves from them so we can return to our mission of conquering the stars. They will either give this separation to us or we will take it from them. 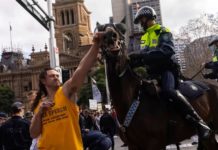