I hope he sues them and I hope he wins. 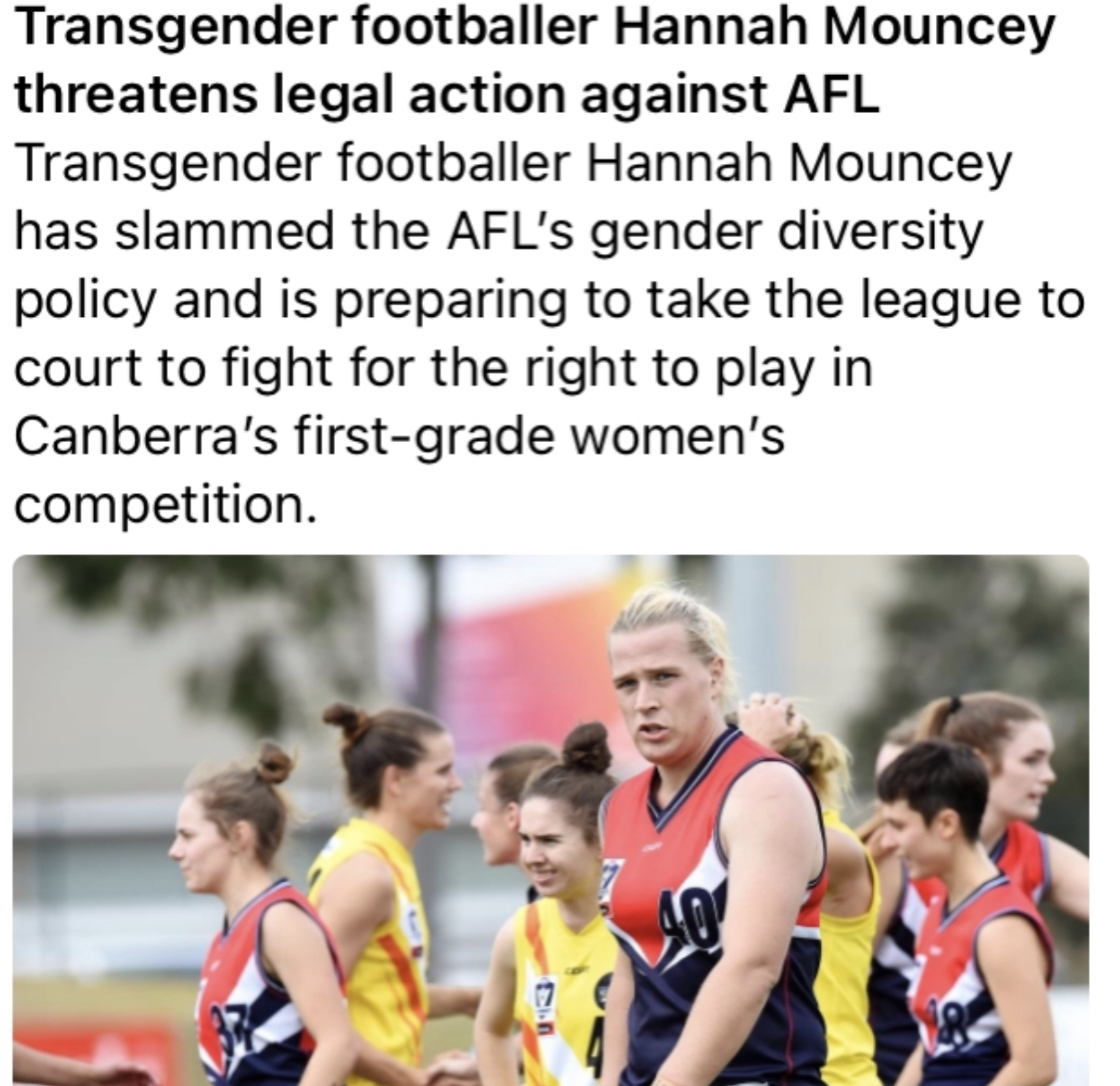 The AFL has scolded fans to stop booing a cheat who told us to remember whose land we’re on: 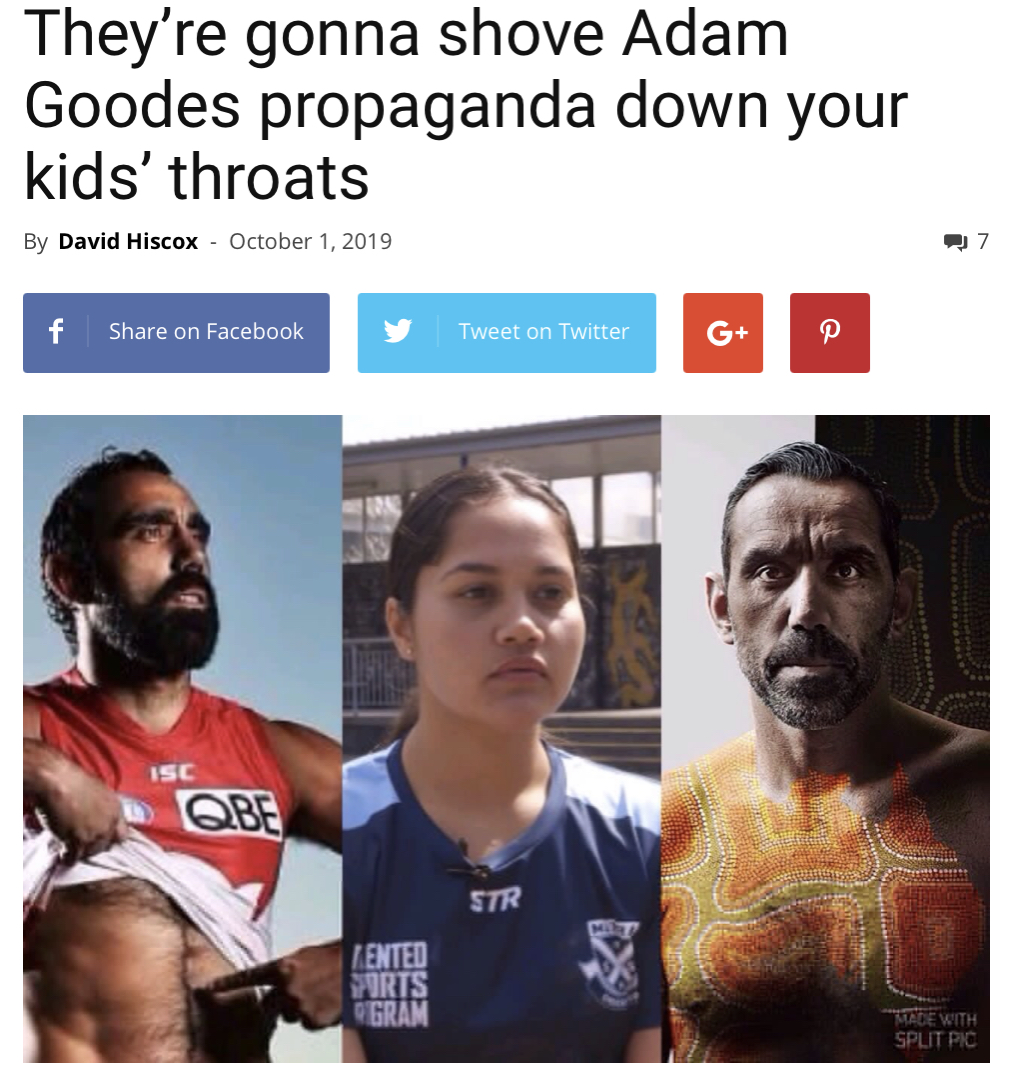 The AFL has harassed fans with so-called “Behavioural Awareness Officers” whom were themselves in need of training regarding Aussie culture: 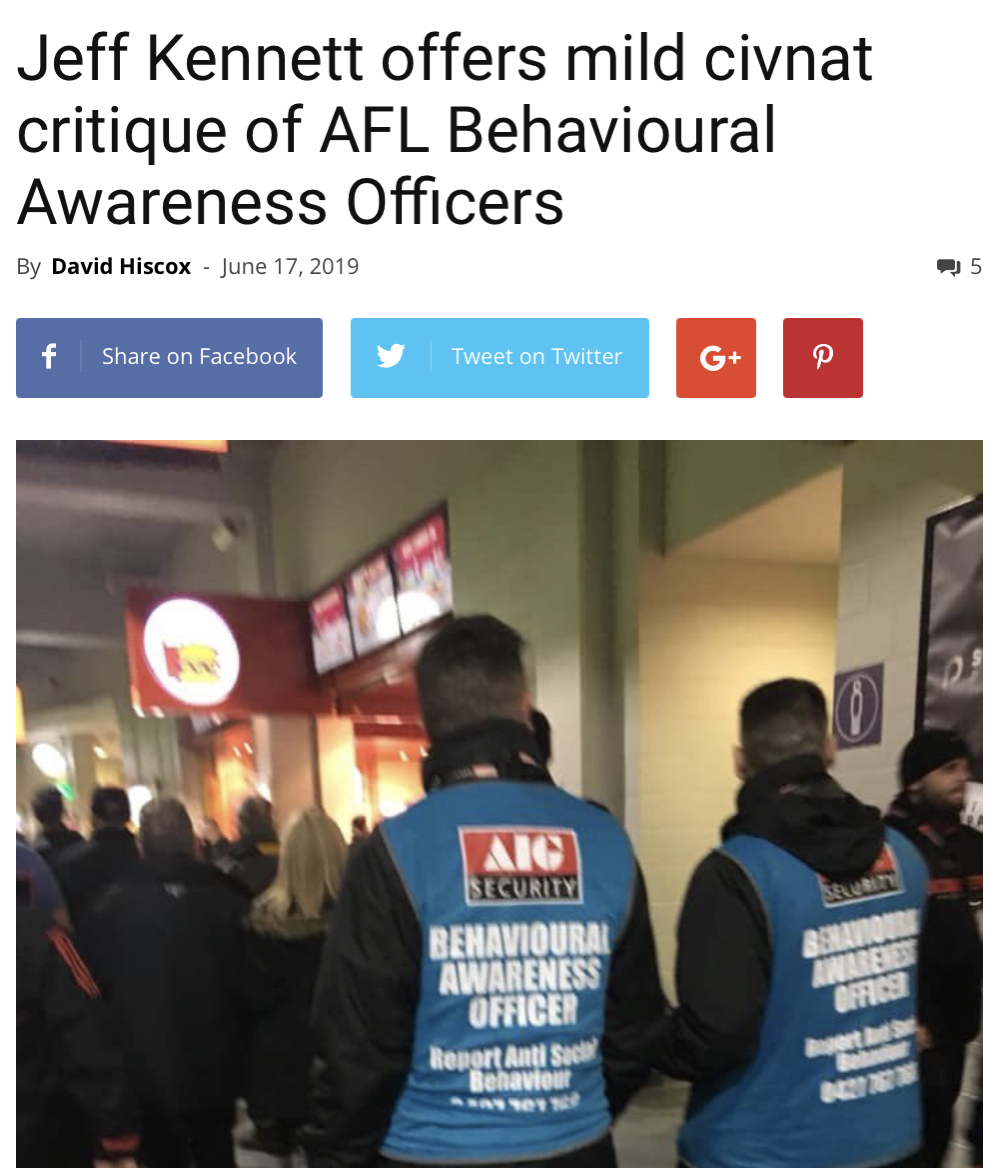 The AFL has foisted upon an unwilling public a women’s game which nobody wants to watch:

And the AFL has forced an anti-White hate movement upon its predominantly White supporter base: 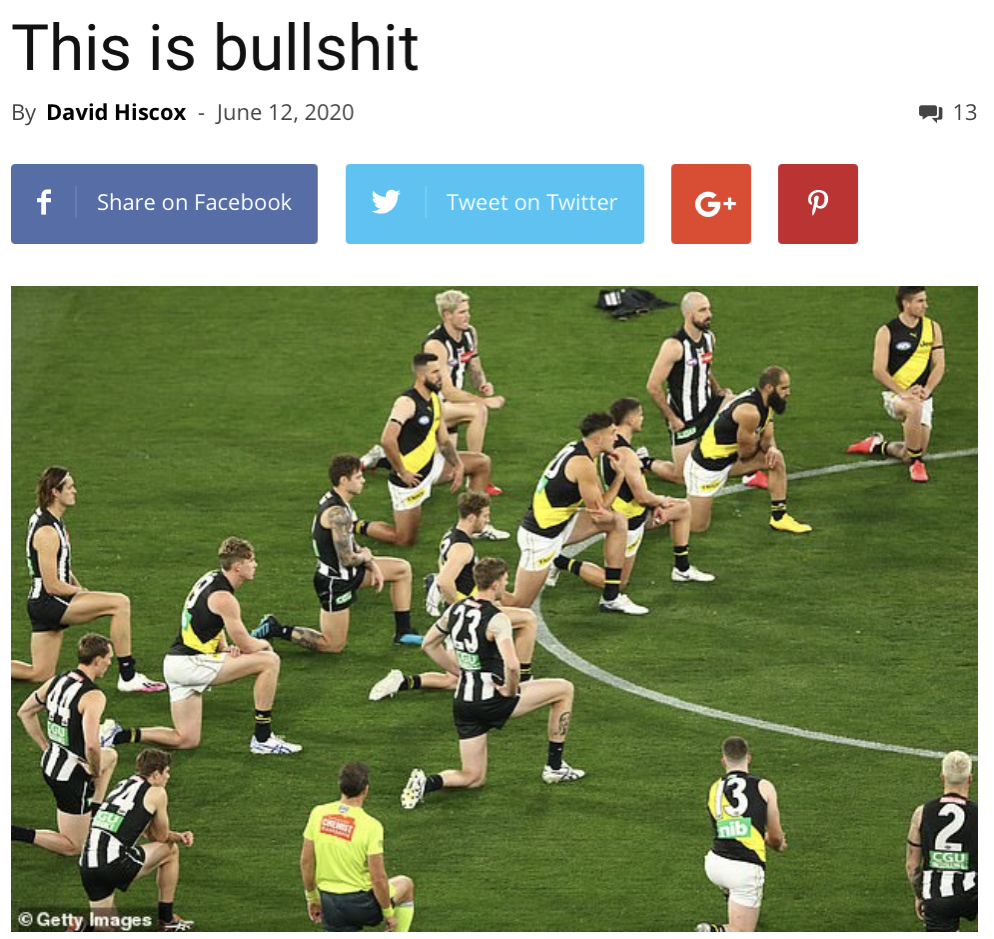 These are just the ones I can think of off the top of my head. The AFL has become a cancer on Australian sport and and a cancer upon Australia. It must be destroyed. That is why I love the delicious irony of a bloke pretending to be a chick suing them because feelings. Once you start down the SJW path, forever will it dominate your destiny.