This video is a mash up two bits of footage which have received good coverage on The XYZ over the years. The first is of an interview of Robert Menzies defending the White Australia Policy, the second of a poxy ABC journalist haranguing Melburnians of yesteryear about how they possibly think we can turn back the tide of multiculturalism.

We have given away a paradise. pic.twitter.com/K9kLVdyRpt

“Well if I were not described as a racist I’d be the only public man who hasn’t been. Now that’s one of these jargons isn’t it, one of these mod words, you call a man a racist. Huh!”

Stuff like this is an important reminder that support for the White Australia was the norm, it was always the norm and it still is the norm. Australian governments betrayed the Australian people at the behest of our erstwhile special friends. They never asked us about it, with good reason, and they have spent the decades since trying to convince us that it was the original sin of our founding. 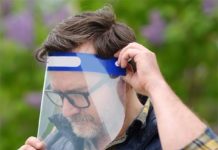 The lockdown was the happiest period of my life 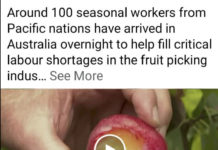 Fear Not: Foreign Workers are here to Pick Aussie Fruit