In 2020 Marxist terrorists committed an unprecedented level of burning, looting and murdering. The XYZ has extensively documented the terrorist activity of Marxist terrorist groups Antifa and Black Lives Matter in Australia, America and Europe over the last five years.

This video provides a succinct summary of what they have been getting up to this year.

It is incorrect to label the Marxist terrorist activity in 2020 as an “insurrection” given that Antifa and BLM are a tacit paramilitary wing of the state / deep state.

In recent years they have been used to deter right wing people from protesting in public. Their modus operandi is to basically just bash people. You might think that bashing grandmas at the Reclaim Australia rallies would have been terrible optics, but for these psychopaths it was perfect, as it ensured no grandmas would be brave enough to oppose the left in public again.

This is how they gain control of the public space, and prevent a genuine nationalist party which can threaten the power of the globohomo state from forming.

In 2020 this mission was stepped up to include psychological warfare against the entire population of the West. While ordinary people are ordered to stay home and anyone who protests lockdown orders is labelled a granny-killer, Antifa and BLM have been laying waste to large chunks of US cities and destroying our European heritage in America and Europe. Meanwhile the fake news media refers to “mostly peaceful protests” and Marxist politicians express explicit support for their murder of patriots. 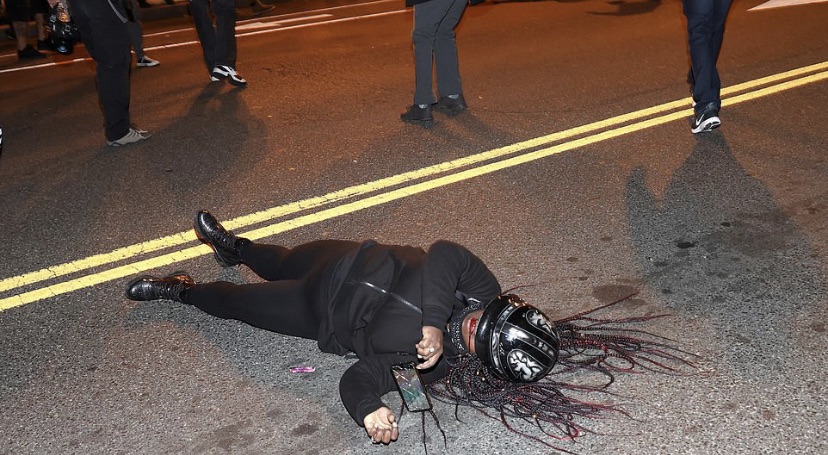 Thomas Sewell had this to say in response to an attempt by one Proud Boy to halt the justified and proportional use of self defensive force:

“Just watched a video of Patriots smashing up commies and you can hear a singular voice in the Patriot crowd of a man shouting; ‘Stop, stop that, stop!’.

“King hit these faggots. Knock them out, drag them away. Keep doing this over and over, until all the shills shut the fuck up while the Men smash the enemy.”

There is nothing controversial about this statement. History has demonstrated that the only way to deal with communist terrorists is the legitimate use of force. This was successfully achieved in Germany and Spain in the 1930’s and Chile in the 1970’s, giving those countries a few more decades of freedom each before they were subsumed by the cabal.

Refreshingly, the media has finally been goaded into mentioning Thomas Sewell and the EAM, as well as Jacob Hersant and NSN. Sewell has informed The XYZ that his Telegram channel has grown by over 100 since the mention, indicating growing support for genuine action to secure the existence of our people and a future for white children.