How is launching fireworks directly at a residential building—where they could easily injure innocent people—not a blatantly criminal act?

Antifa rioters have grown the fire outside @tedwheeler’s condo in NW Portland. There is black smoke everywhere on the street. Meanwhile, they are still shining lights into people’s homes. #PortlandRiots pic.twitter.com/MCv6H7Blbf

They made the guy move home. 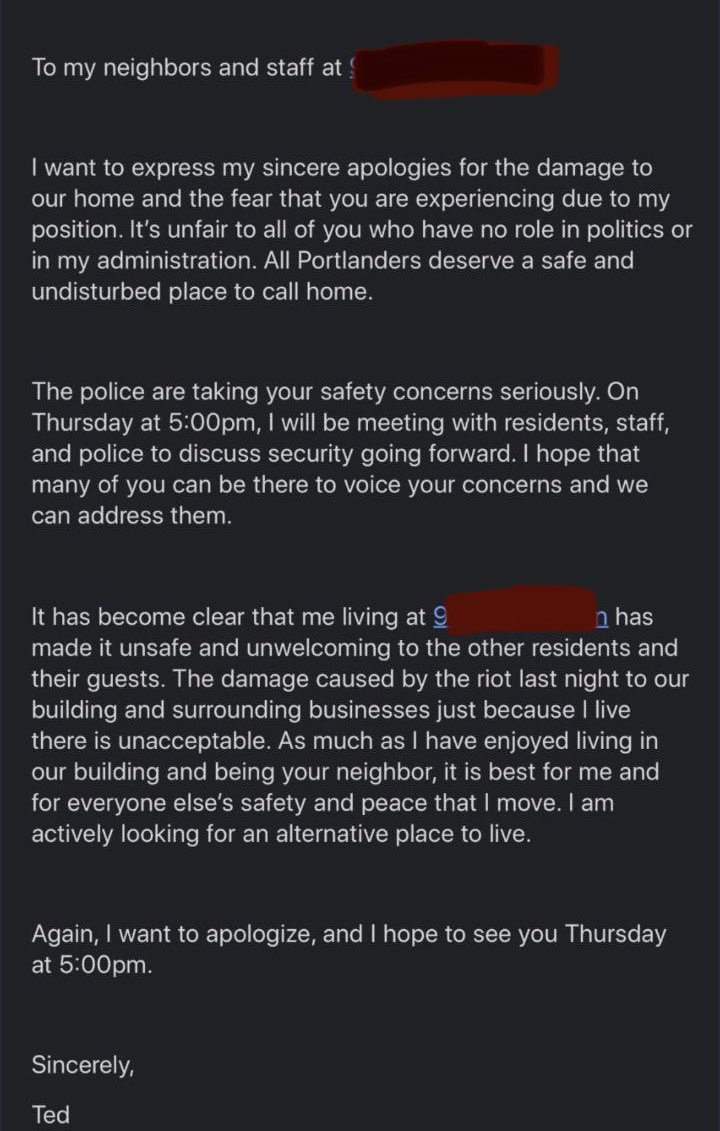 They have vandalised the San Jose mayor’s home too.

Over the weekend, around a hundred #BLM rioters went to San Jose, Cal. Mayor @sliccardo’s home and vandalized it. They also burned a US & pro-police flag at the scene. pic.twitter.com/LKRGGtboTH

The chaos, it’s beautiful. Thanks to our banker masters and their Marxist minions, our homes are no longer safe. In America if you try to defend your property the police will take your guns and charge you.

Even before the coronavirus lockdown homes in Australia, particularly Melbourne, were far from safe thanks to African Gangs. In Queensland a man who sponsored the Daily Stormer, which dares to report on the migrant crime waves hitting the West, had his home repeatedly raided by police.

Now with Melbourne in prison status they send three police cars to follow up your Facebook posts.

Efficient and personable x 2. Dan sent them in the van, to advise against ‘protesting’, which I assured them wasn’t happening, and was never going to. Really. #victorialockdown pic.twitter.com/oelElZN3zI

People are noticing though. I always like The Dark Knight Rises.