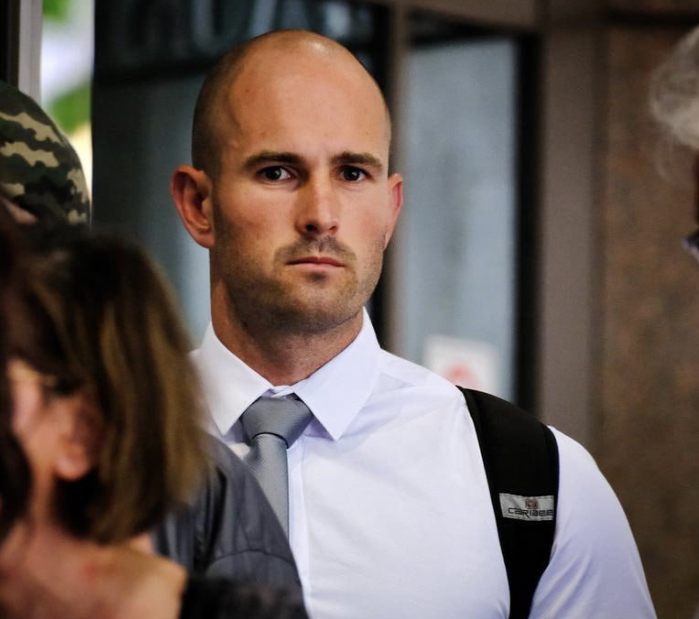 The jews are in a constant struggle of how to deal with the rise in White Nationalism, specifically its strongest form – National Socialism.

In Australia I have noticed a series of overlapping strategies from the multiple tentacles of the jewish tyranny that rules over us.

The jews and traitors that occupy the Universities, the so-called “Academic Experts”, want us asphyxiated. This strategy is also supported by most of the unpaid bootlickers of the anti-White system, such as Antifa.

Asphyxiation is a great term because these jews and traitors all secretly want us physically asphyxiated. Because this is not currently practical they instead write manifestos strategising how to deny us social, economic, and institutional oxygen.

This strategy in summary is “shut it down”. Not the publicly known martyrdom of “cancel culture”, but the secret, silent smoothering in the night and nobody even knew you existed.

The mainstream media (with support of antifa bloggers and the “intelligence services”) have become obsessed with sharing as much personal and political information as possible on pro-White activists and their activities.

This attempt at public shaming is two fold. Firstly, to alienate pro-White activists from their non-political community and career. Secondly, to condition the wider public to morally oppose the ideas the activists hold.

The only overlapping strategy that Doxing has with Asphyxia, is that they both target a person’s finances. They look to destroy a person economically, in order to dissuade them and others from being pro-White activists, and in order to make the pro-White activists less effective by restricting the resources of their operation. (The vast majority of all pro-White activists’ resources come from the activists themselves, the wider community only represents a small fraction of the funds needed to keep an activist group running).

Other than this overlap, these strategies are counter productive to each other. You can encourage a person’s friends and family to disown an activist through constant media bombardment, but you cannot socially asphyxiate a person’s ideas and amplify the fact that they have these ideas at the same time.

The creation and use of political policing forces to terrorise, raid, imprison, and steal resources from activists in order to dissuade, drain, demoralise and destroy their pro-White operations.

This strategy is the tryanny’s brute force approach. It requires a loyal guard of political police who are low enough IQ and of poor enough morality to think that the child raping politicians bringing shitskins into our country should be honoured and served, and the young folk-serving White Men warning their fellow compatriots of the dangers of child raping politicians bringing shitskins into the country – should be harassed and targeted. Furthermore the “crimes” of sticky paper on poles and the occasional affray should be amplified to the same extent as terror attacks, bombings and beheadings.

This amplification is further fueled by the jewish controlled mainstream media, who dramatise the most petty and mundane offences, and often completely legal political activity as being more valuable to air time than the rapes, murders and serious corruption that is occurring.

The most overlapping and overbearing strategy is for jewish lobby groups to directly or indirectly fund politicians and then ask them to asphyxiate/censor/harrass/dox/ban, or all of the above, groups that advocate for the existence of White people.

Whether it be the ADL in America or Dvir Abramovich in Australia, these jewish supremacists have the power to asphyxiate or amplify depending on how their schizophrenia is treating them that day.

As a general rule;

In summary, the reason why I am bringing this up is because in the last 2 months there has been an adjustment of the Asphyxia to Amplification see saw in Australia.

We have not even been trying to get in the news and yet we have been plastered everywhere, every week for months.

After thinking it was all over and that we would get a little break, I was having coffee at a Cafe yesterday after being rained out at work, and while waiting I was flickering through the paper only to see a couple pages on our recent EAM beach pic blown up full page.

Combine this unusual amplification with the recent fake asphyxiation (known as “cancel culture”) of Kayne West naming the jew.

But I air caution to everyone, a change in overall governing strategy from asphyxiation to amplification is also threat amplification. They are planning something big, they may not succeed in grooming some mentally ill loner, but if they do, expect a major false flag to be imminent.