He complied and transferred all ten of his firearms over to someone else who has a firearms license.

Question: what is this alleged actual or imitation handgun the police have seized from the activist?

An unopened Star Wars Hans Solo Toy Blaster in its original box. It’s a collectable from the 1970s.

Here is a picture of the exact model and box. 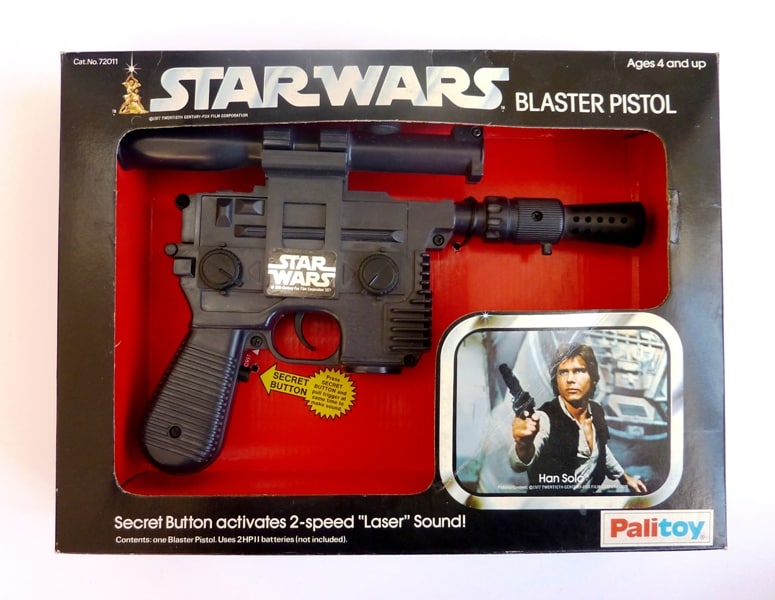 In the seizure receipt it states it’s a “gel plaster” [sic]. It’s not a gel blaster. Its only function is to make a laser noise like it does in Star Wars.

The National Socialist literally had ten actual legal firearms for years and had no trouble with the law prior to this. This is just another clear example of the Australian police doing anything they can to lay charges on National Socialists, no matter how retarded or dishonourable. 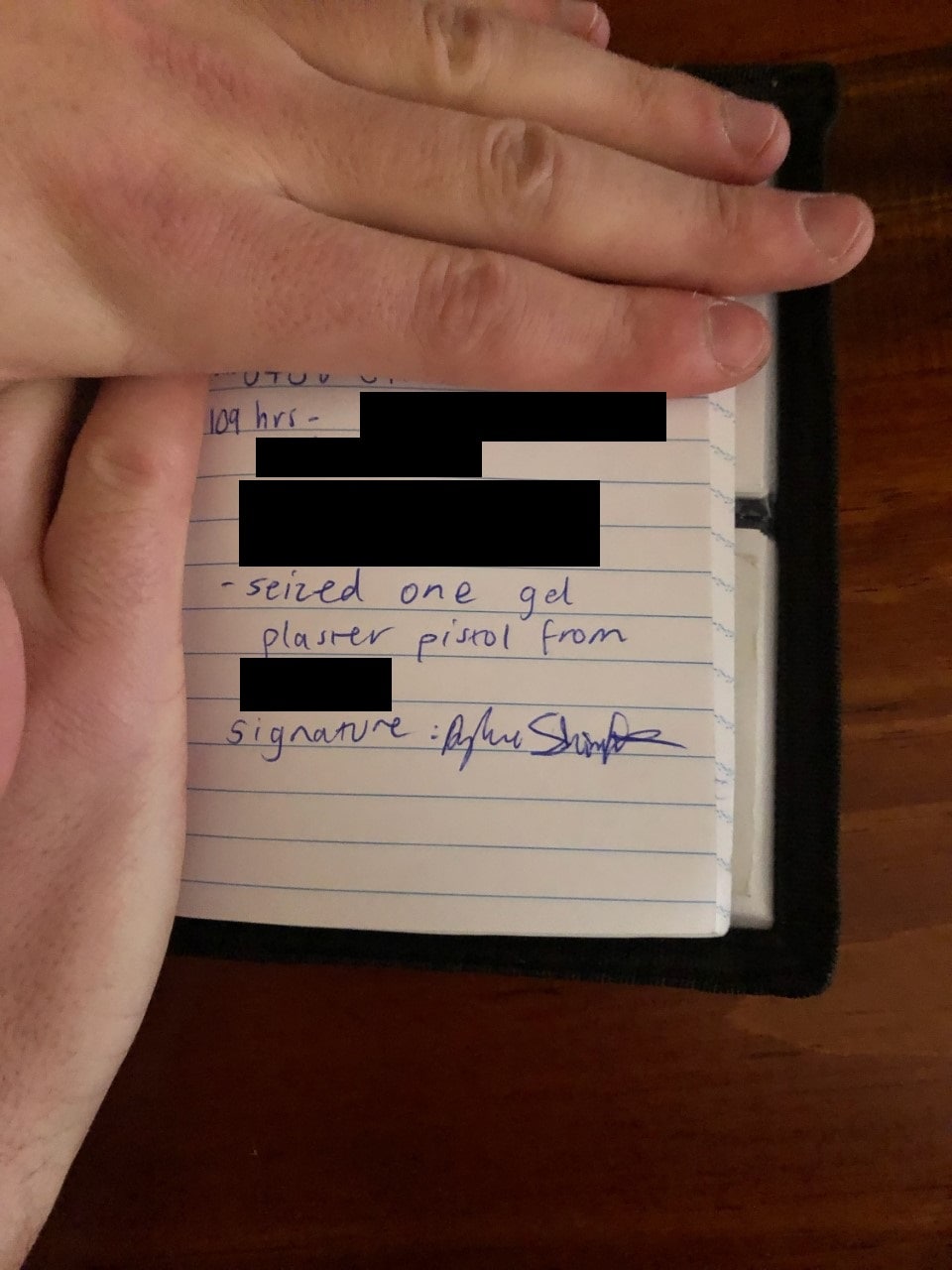 There is no agenda. Victoria Police are concerned about criminal activity and not your political views, that is according to Victoria Police Public Relations. Who would actually believe this inane drivel?

There is a whole range of regular innocuous activity that only becomes a crime when the counter-terrorism unit knows and doesn’t like your political views.

Just before you go to bed tonight, I want you to raise your hand to your eyebrow and salute our gallant Victoria Police Counter-Terrorism Unit for keeping innocent Victorians safe from video cameras, Thomas Sewell’s words and plastic space guns that make laser noises.

Here is the proper property receipt. 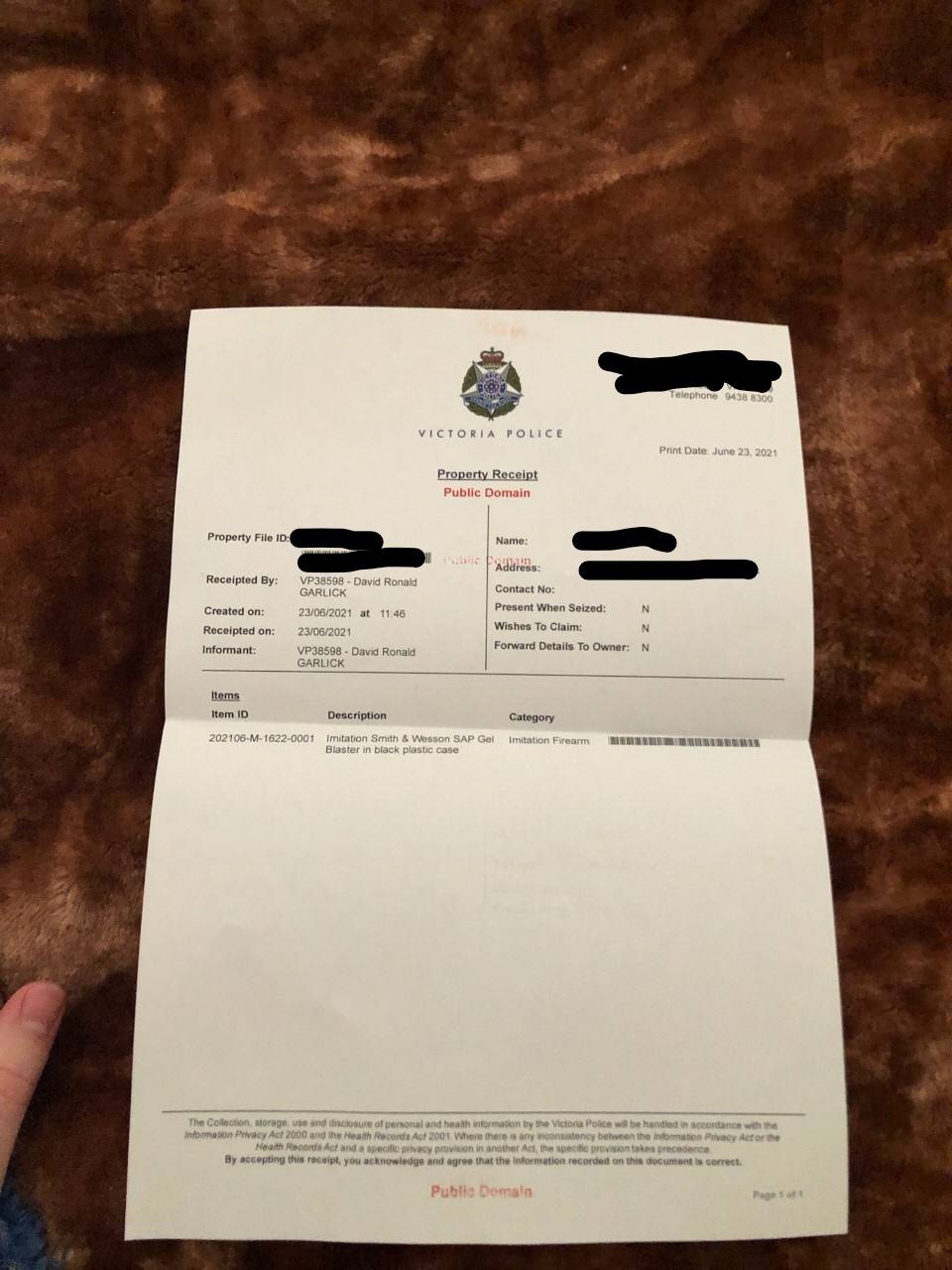 They have listed the Star Wars toy as an imitation Smith and Wesson SAP gel blaster.

If this version of events is true, take note that political policemen take extreme pleasure in their persecution of you. The smarter ones just pretend not to. I personally believe it because basically everyone in our organisation that has dealt with the political goon squad has similar stories for how they treat people.

So why do they do this? None of this will stand up in court so why go through the whole song and dance? Presumably, the gel blaster lie is the pretext for the two more serious handgun charges. And those charges look very good for the political police’s masters, even though it’ll eventually get thrown out in court. There are three unstated short-term goals of Victoria Police Counter-Terrorism:

Apparently, a bunch of people were saying the email looks fake for a bunch of reasons, the main one being the spelling mistakes. It’s not fake and I’ve seen all the original uncensored versions. By the way, impersonating a police officer is a crime for which you can get jail time. If you internet schizophrenics and leftoids want to make sure, make an inquiry and try to get the man who allegedly fabricated this email charged. Good luck!