A far left conspiracy blog has published a poorly written post littered with spelling and grammatical errors, in which they complain that so-called faaaaaaaaaar right authors are using the Amazon Affiliates program to sell their books.

The hack responsible appears triggered that books by Adam Piggott, Stephen Wells and Adam Clarey are advertised on XYZ News, and seemingly does not understand the concept that authors can receive a financial reward for the hours of work they pour into publishing a book.

XYZ News has chosen not to name the far left blog in question, so as not to amplify dangerous misinformation, baseless accusations, fake news and conspiracy theories pedalled by the Marxist Lying Press:

The [Redacted] found several websites based in the United States and Australia that share hateful material targeting immigrants and trans people, as well as climate change and election disinformation, also promoting links to the Amazon bookstore that appeared to use the company’s affiliate program tag.

The [Redacted] is choosing not to name the sites to avoid amplifying their content.

The books promoted by the websites covered a variety of topics, including a so-called “exposé” of climate science, a discussion of political nihilism and an adventure book about manhood.

Regular XYZ News readers will recognise the books referenced. Stephen Wells has written The Great Censored Swindle and Confessions of a Climate Change Denier. Ironically he had to censor the word “Covid” to even get the former on Amazon in the first place. You can read a brief overview of Stephen’s dismantling of so-called “climate change” here.

XYZ News advertises Adam Clarey’s book Enjoy the Decline, and you can read my review here. Also well worth reading are Bachelor Pad Economics and The Curse of the High IQ.

Adam Piggott has published two books, Pushing Rubber Downhill and Run Guts, Pull Cones. You can read my review of the former here, and it is high time that I reviewed the latter. His books should be compulsory reading for young White men in their formative years. I look forward to his third instalment.

Other XYZ authors have produced excellent content. You can find Ryan Fletcher’s Rather Radical and Vrill Vibrations here, and a short review here. You can play the audiobook of Trading Hemp for Hitler read by Christopher Cantwell here, and read a review here. I have always considered Ryan someone whose words hold power, he has a unique way of dismantling the black magic of the Lying Press.

Ryan has also reviewed Matty Robuck’s God is a Nationalist, as has Stephen Wells and you can find his book here. Matty makes the strong case that the Bible is basically a nationalist manifesto.

James Fox Higgins has produced two science fiction novels, The Ghost of Emily and The Ghost of Delacroix. Stephen has written a review of both here. I can attest that once you start these two books, you cannot put them down until you are through. James is working on the third novel of the series and plans many more.

So as you can see, XYZ News contributors are a talented and hard working bunch. Obviously, this triggers glum, plain looking lesbians:

Claire Atkin, co-founder of the advertising watchdog Check My Ads Institute, said for a company of Amazon’s size, “it’s not just about the ads”.

“When these websites tap into Amazon … they’re getting legitimacy by being an Amazon affiliate,” she said…..

Beyond the opportunity to make money, being part of Amazon’s extended ecosystem — selling on their website, displaying their ads or being an affiliate — arguably provides websites and publishers with a degree of legitimacy thanks to an association with one of the world’s best-known brands.

“Amazon has a lot of power to decide whether that should or shouldn’t be,” Hayden said.

These people really want us to shut up.

They have no intention of engaging our ideas because the moment they do so, they lose. They are likely freaking out that they weren’t able to shut down the GiveSendGo account for Jimeone Roberts after he was diversity stabbed after a week of attempted hit pieces and defamation from the Lying Press.

XYZ News’ Patreon was recently shut down, and it is only boomer tech courtesy of yours truly which is currently preventing the new Subscribestar from getting up and running. To those who have contributed and wish to continue their contribution to The XYZ Helicopter Fund, we greatly appreciate your generosity. I would also echo Asha Logos’ analysis regarding his own deplatforming by Patreon.

It’s not really about the money for us though. We’re fine, we are grown adults who are resourceful and, well, useful. We will always be able to make a buck because unlike Lying Press shills, we actually provide value to whatever field we set our minds to.

For the oligarchy, it has never been about money, only power.

It is remarkable that the Lying Press is still writing hit pieces about us yet they are too scared to link to us or even mention XYZ News. 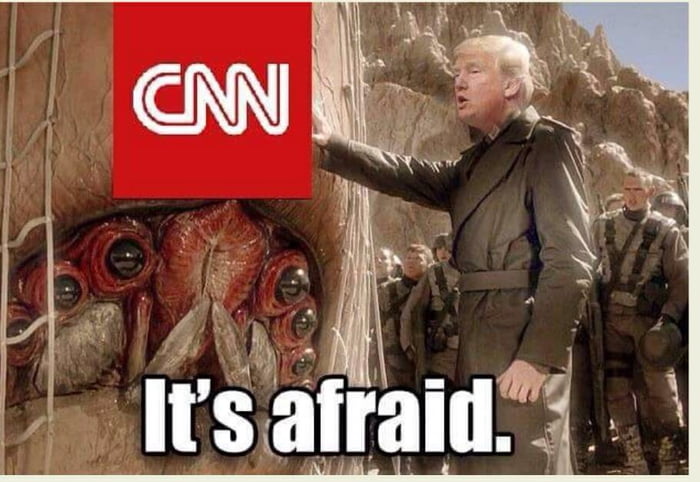 It must unnerve them that a committed core of ordinary people who just want our country back have kept agitating and have not been perturbed by censorship, deplatforming and outright harassment. Moreover a broad core of readers keeps coming back, and the Christian, nationalist and anti-government-tyranny movement grows from year to year. Hold the line and we will win.

We will never forget the halcyon days of 2015-2016 when internet algorithms were less biased – there is a huge groundswell of ordinary White people who just want our countries back. For a few years, hits to independent media outlets and views of our YouTube videos dwarfed the so-called “mainstream” media. Hundreds of millions of White people are sick of brother wars, demographic replacement, digital surveillance and globalist propaganda which corrupts every aspect of our culture and morality.

Finally, I would like to renew calls for XYZ News to receive half of the Redacted’s budget. We will cater to the information needs of the population who hold direct opposite views to those espoused by the national public broadcaster, and unlike the Redacted we will never obfuscate our own agenda. We swear we will use every cent of the $500,000.000.00 of taxpayer money for news gathering activities. Pinky swear.