I don’t particularly like looking at what controlled opposition global warming shill Roy Spencer is putting out, but at the same time looking at his monthly satellite global temperature dataset is still slightly addictive. 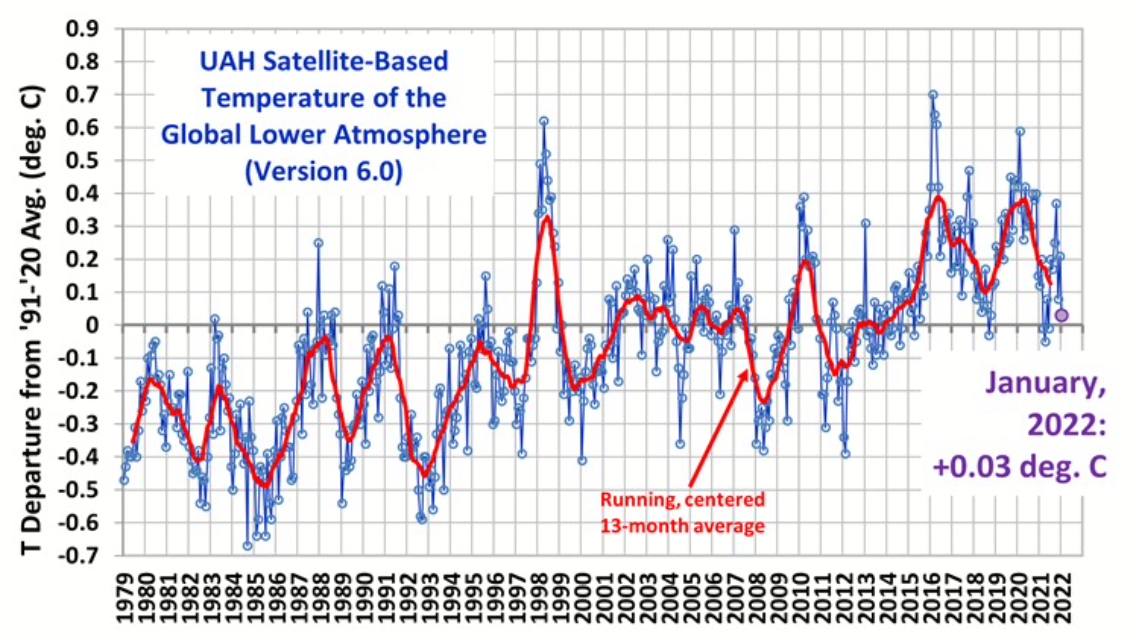 There are two satellites data sets. UAH run by complied by Roy Spencer and RSS which is a private research company founded by Frank Wentz.

Up until 2017 every controlled opposition follower was using the RSS dataset to prove that there had been no global warming since 1998. But the crooks at RSS didn’t like the global warming denier helpers label and in 2017 they announced to the world that due to orbital decay of the satellites not being calculated correctly their entire dataset had to be revised which added 0.2C of extra average temperature increase since 1980 and global warming was real after all. Honestly.

This then put Spencer and his partner in crime John Christie as the coolest (literally) dataset on the planet and all climate change deniers started using his work to prove Al Gore to be a liar instead of the RSS one.

For controlled opposition purposes this was a much better situation as the people in the RSS team were all publicly screaming hell in a hand basket at the future we could look forward to, whilst Roy and John were regular Fox News and Tucker Carlson guests telling everyone we could look forward to a nice warm bath. “Oh the earth is definitely warming, but slowly and it’s nothing to worry about”. The result is governments claim the excuse of the precautionary principle to plan for the datasets showing the biggest warming trend and anyone claiming that the Greenhouse Effect hypothesis is pseudoscience and the temperature datasets handwaving fraud were deplatformed. It all served as a nice template for the Coronavirus claims that succeeded them.

Digital passports are soon on the way and carbon usage tied to access to money within that system, has been brought about by the CoVid scam and vaccine passports.

So, looking at the UAH temperature dataset update in January 2022, it made sense to smile at the controlled opposition in the climate sphere and once again explain to everyone why it’s all made up bs.

Dear old Roy is telling everyone that January 2022 saw the average temperature of the world cool to near baseline. Baseline being the temperature the world is supposed to be at if there was no man made global warming. But you will notice on the graph that temperatures fluctuate every month and over the course of the last 42 years the difference between the highest temperature and the lowest temperature is about 2C, so dear old Roy will tell everyone that due to natural fluctuations in temperature what we should really look at is the trend line. Which surprise surprise just so happens to indicate a mild gradual warming that fits his public opinion about global warming.

Roy isn’t actually measuring any temperatures. Satellites measure the microwave radiation underneath them and circle the globe twice a day. That’s two snap shots of less than a second over a 24 hour period and they miss about 10% of the earth in coverage. Regardless of how the energy is distributed between the surface and the top of the atmosphere, the computer gets a reading. The computer then adjusts for the time of month, because in January the earth is closest to the sun and receives 10% more solar radiation than in July. It adjusts for the constantly changing orbit, the constantly changing tilt of the earth, the constantly changing position of the sun (the sun is pulled to and fro slightly by the orbits of all the planets), adjusts for orbital decay, then spits out a number plus or minus an arbitrary mean, for each satellite and then Roy interprets the data to make his monthly graph. The graph then claims a temperature for the entire earth for the entire month with an accuracy of 0.01C.

It can’t. They are all liars. It’s possible for rough guesses. No more.

On top of all this is the claim that a temperature trend can be plotted from an erratic set of measurements. This is also nonsense. Once something has cooled it has no hidden heat hiding somewhere. Warming up the earth from 0C on the graph in 2022 requires new energy from the sun just the same as it did in 1983.

I could go on. In my book “Confessions of a Climate Change Denier” I did. In great detail.

Modern science is a complete fraud. A false idol. Nothing more than a den of thieves and con artists. This new update by Roy will be greeted by many climate change skeptics with joy. “Look it’s cooled again. See there’s nothing to worry about”. Fake debates will be shown and the agenda will roll on regardless. Don’t buy into it. We need to burn it all down. That’s the only kind of man made global warming I will agree to. 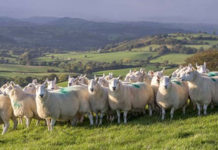