Australia now has a new Monarch, King Charles III, King of Australia. Currently the Australian government has an Assistant Minister for the Republic. So we have a King and a government committed to us become a Republic.

Many people look at the monarchy and think to themselves that it is old fashioned and that it doesn’t make sense that we have a King that no one voted for. But those two objections to having a monarch are the very reasons that we should not get rid of what we have.

Australia has never been a Republic, not for one day, not even for one minute. The Aboriginal people did not have Kings, they were ruled by the elders, people who got to be in charge because they were initiated into tribe lore and they were the oldest and hopefully the wisest men in their tribe. That might not be Monarchy but it isn’t Republicanism either, because to become an elder you had to be born within the tribe, in a real sense you were born to the position, it just took you a long time to become an elder. In short Republicanism is not part of Aboriginal culture, tradition or lore.

White Australia has been a Monarchy from before there were White Australians. Our link to Monarchy is ancient, our people, the peoples of the British Isles have had Monarchies going back into Prehistory. For thousands of years we have served Kings, in war and in peace. It is not something alien to our tradition, it is the base upon which so much of our history, culture, politics, law, medals and honours are built.

One of the aims of the Republican movement is to alienate us from our past, to give the time honoured but wrong argument that the new is always better than the old. But it is exactly that ‘old fashioned’ thing that is of value. That thing that not only have we as a people served, but which has also at one and the same time served us. Because that is the truth, the Monarchy serves us. It provides a kind word in a harsh world, a pageantry that few can equal and even fewer can exceed and it connects us to our brothers in New Zealand, Canada and in Britain itself.

It is an ancient institution that we have a right to be a part of, most in the world do not and they envy it. Some realise it and some don’t but all over the world people didn’t call our late Queen a Queen, no she was The Queen. The Queen was also our Queen, I wonder if King Charles will also be referred to as The King?

All over Australia there are traditions, customs and ceremonies that we continue from those older times. Things that maybe we don’t want lost and discarded like a old oily rag. Some argue that these things can still be kept, but we know that they won’t be. Some argue that they are not important, but they say that about everything, they say it about our traditions, our customs, our ceremonies and even about our people. They want to see them all discarded and replaced. But these things do not belong to them, they belong to us.

Monarchy is also the only political system that has the family at its heart. It is also one of the few political systems that says that inheritance is right and proper. That your property is yours and that you have the right to pass it on to your children. Liberalism once placed property rights at the centre of its beliefs, but each year it gets less and less true. If they can dismiss the Royal family then why can’t they dismiss yours?

The existence of a Royal family is a defence, at least in part, that family is normal, right and proper. Because the very existence of the family is slowly being eroded.

Finally there is an idea that the only legitimate leadership that can exist is elected, but that’s not true. Was your boss elected or did he come to his leadership position in some other way?

What about your parents, did you elect them?

The truth is that we accept unelected leadership all the time, it is nothing unusual. In fact it is the norm. The Monarch is also something stable and steady in a world that is often not. Sure there can be scandal and strife within the Monarchy, but that is true of other organisations and families. Because that is what makes the Monarchy so special, it is at its heart a family and that means that we can relate to it. They have births and marriages and deaths and successes as well as failures. Just like our own lives.

You might say that politicians can provide all of those things, sure but rarely for our entire lives. As an example The Queen had 16 Prime Ministers, but we only had one Queen. Who remembers the births, marriages and deaths in those Prime Ministerial families?

But in most of our families you will find someone who can tell you who is related to who, how and why within the Royal family. We share a history with them that no politician can even come close to.

I can however think of one advantage of Republicanism over Monarchy, no more Royal gossip. But if France or the United States are any guide, even being a Republic doesn’t allow you to escape that. 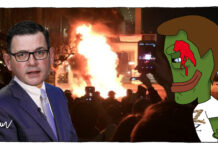