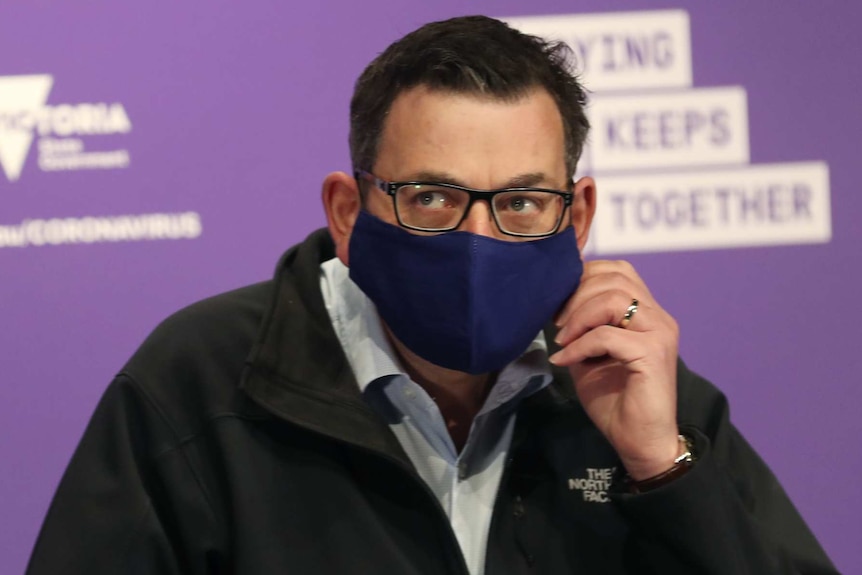 Victoria’s corruption watchdog, IBAC, has exposed broad corruption in the Victorian Labor government which goes back decades. Its extent is so thorough that there can be no doubt that Premier Daniel Andrews knew and was a party to it.

Victorian Premier Daniel Andrews has apologised for what he has described as “absolutely disgraceful behaviour” by Labor MPs detailed in a report by the state’s anti-corruption watchdog.

The report, released by Victoria’s anti-corruption watchdog on Wednesday, uncovered “egregious” and “extensive misconduct” by Victorian Labor MPs, including rampant nepotism, widespread misuse of public resources and a culture of branch stacking dating back decades.

Victoria’s Independent Broad-based Anti-corruption Commission (IBAC) held public hearings in October and November 2021 into the misuse of taxpayer funds and community grants in the Victorian branch of the ALP.

Addressing the findings, Mr Andrews said he took “full responsibility” for the conduct detailed in the report.

“The report tabled today shows … absolutely disgraceful behaviour, behaviour that does not meet my expectations or the expectations of hardworking members of the Victorian community,” he said.

“As the leader of the party and the leader of our state, I take full responsibility for that conduct — that is what the top job is about — and I apologise for it.”

Mr Andrews was among dozens of witnesses also ordered to privately give evidence over cultural failings in the Labor Party.

He knew. The dodgy dictator knew. But all we get is a “sorry, but I’m keeping my job.”

Known as Operation Watts, the joint investigation between IBAC and the Victorian Ombudsman was prompted by an expose by The Age and 60 Minutes in 2020, which aired allegations of industrial-scale branch stacking levelled at former state minister Adem Somyurek.

Mr Somyurek was sacked from cabinet in the wake of the claims, while his former factional allies Marlene Kairouz, Luke Donnellan and Robin Scott resigned.

The IBAC said while the identified misconduct was considered to be “egregious”, the watchdog was hampered by weak laws around parliamentary accountability.

“We criticise a legislative framework that provides few, if any, consequences for abusing public resources and that allows such conduct to continue unchecked,” IBAC commissioner Robert Redlich said.

“The difficulties in proof and the state of the law are such that we cannot recommend prosecution.”

“The evidence, both public and private, painted a compelling picture of jobs on the public purse according to factional loyalties, and widespread misuse of public resources for political purposes,” he said.

So, corrupt political insiders know the law, and know how to engage in corruption which won’t get them sent to prison. IBAC is pushing for changes to the law as a result:

The report made 21 recommendations, including the establishment of a Parliamentary Ethics Committee and a Parliamentary Integrity Commissioner, and reform of parliament’s privileges committee to reduce the dominance of the majority party…

Mr Andrews said the government would accept all 21 recommendations.

He said the government would go further by introducing legislation barring major political parties from receiving public funding unless they properly policed party memberships, including by ensuring memberships were paid by traceable means and photo ID checks were carried out for new members.

The irony is that this will probably make it harder for Christians to retake the Victorian Liberal Party back from the Labor-lite mob posing as cuckservatives. Effectively, it will help to entrench already existing power structures on both fake sides of politics.

The anti-corruption watchdog said the investigation also did not uncover examples of “traditional” corruption, with decision-making said to fall within the zone of “grey” corruption that benefited MPs’ associates, but did not amount to criminal conduct.

However it warned the corruption could have a “deeply damaging” effect on public confidence in democracy and its institutions.

And there’s the clincher. Public confidence in democracy and its institutions is at an all time low not just in Victoria but Australia-wide, and it will only sink further. At the May federal election, a third of offical votes were for minor parties. There were over half a million informal votes, and 4.5 million voters didn’t even bother to show up.

As pointed out by Mark Moncrieff, Labor was elected to power with less than a third of the primary vote:

In this election they won 32.8% of the first preference votes out of those who voted. 23% of those enrolled to vote and 15.33% of all Australians.

What these figures tell us is that a strong proportion of Australians do not have any confidence in democracy and its institutions.

Victoria narrowly avoided revolution last year during the lockdowns, and had LRADs not been deployed in Canberra against ordinary Australians opposed to vaccine mandates and the Covid Tyranny of state premiers, there is every chance that scenes which have played out this month in Sri Lanka could have occurred here in February.

This point cannot be stressed enough. The Australian government used a military grade sound weapon against Australians in order to prevent the overthrow of the government. The protests of 2021-22 were the most significant political protests in Australia since the 1800’s, and confidence in democracy and its institutions is at its lowest point since federation.

We know that our political leaders no longer represent the interests of ordinary Australians, whom they intend to replace, but are beholden to international institutions. Covid was the first stage of the decade-long Great Reset they have planned for us. While they have backed off on lockdowns and mandates for now, engineered energy and food supply crises are the next stage and they are hitting us as we speak.

If you thought the Melbourne riots of 2021 were full on:

Anti-lockdown protests turned violent in Melbourne today. In Richmond, police had to deploy capsicum spray and many demonstrators were arrested on the spot | @NatYoannidis pic.twitter.com/Zr4c20ArT2

Just wait until the people are starving.