Victoria Police deliberately engineered chaotic scenes at Melbourne’s world Wide Rally for Freedom. In erecting a so-called Ring of Steel around the CBD, the protest was moved to Bridge Road, next to Richmond Town Hall. 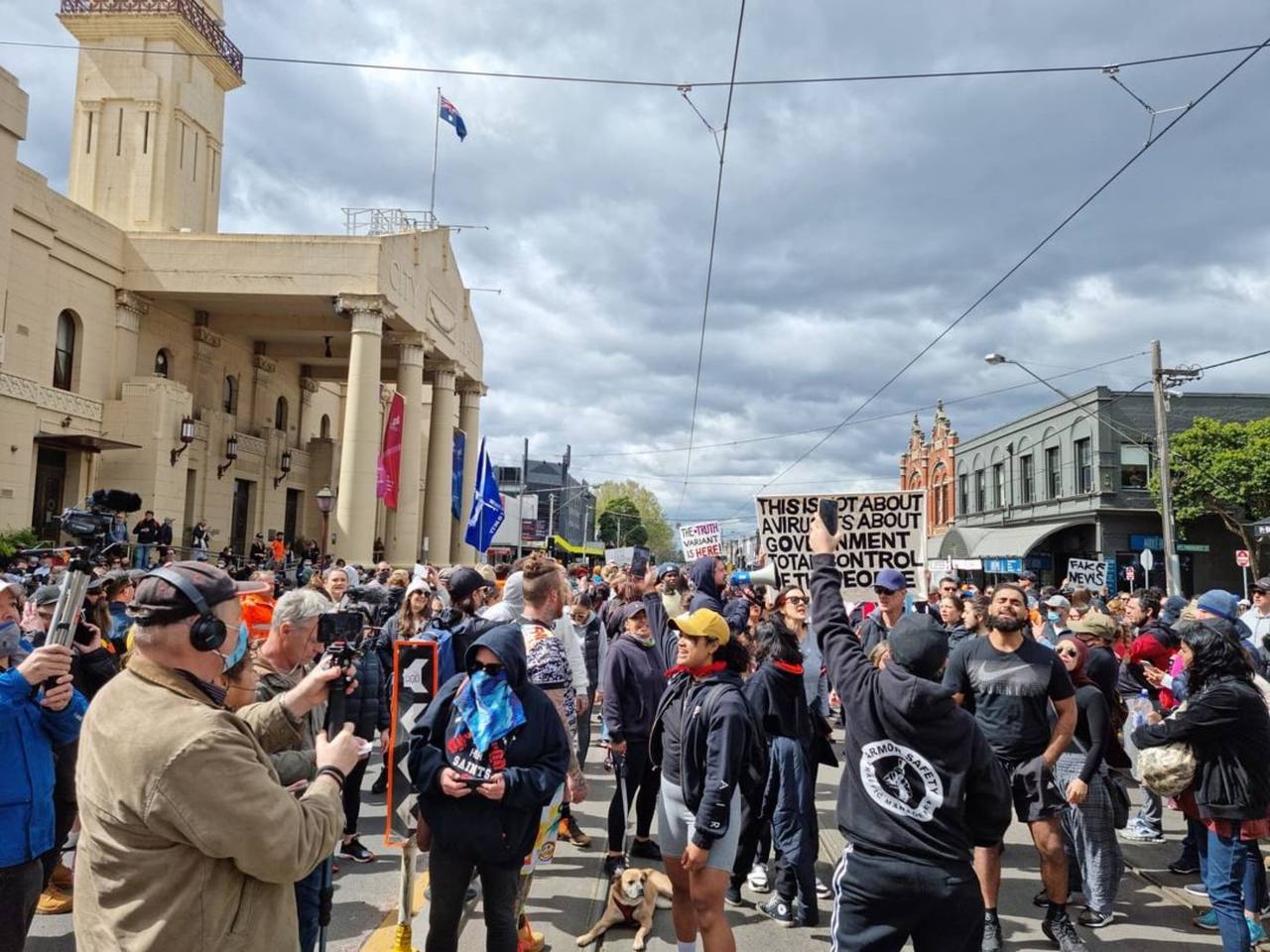 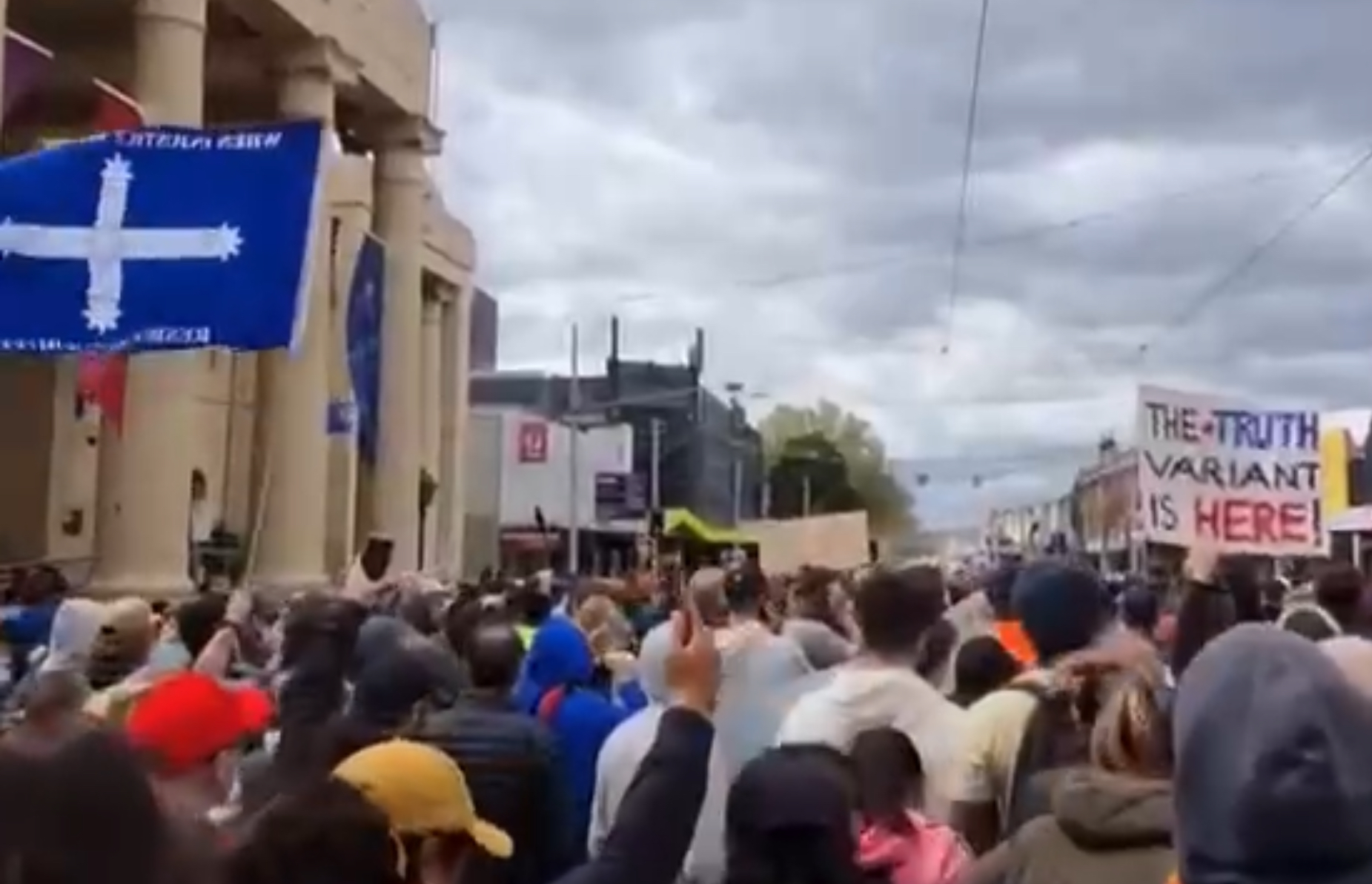 The crowd was several thousand strong. Police quickly initiated violence, knocking over an old woman and assaulting many ordinary people.

What followed was a game of cat and mouse through the suburbs of Richmond and Kew. You can watch plenty of footage on this Twitter thread courtesy of Razorback.

At one point protesters sat down in front of yet another police phalanx and mimicked the “hands up don’t shoot” of the BLM protesters, whom for some strange reason are treated far more leniently than ordinary people who just want their lives back.

That didn’t stop the pepper spray.

Protesters were deliberately herded toward a gorge where police blocked one exit and pepper sprayed at will.

Trapped in a gorge formed by the road, protesters lob projectiles at police, who attempt to subdue the crowd by deploying capsicum spray @theage pic.twitter.com/1upyP4tOsR

Thrillingly, when another police phalanx tried to box the crowd in at the other end of the gorge, the protesters having become aware of the trap smashed through the police lines.

The Real Rushkin caught the aftermath of this breakthrough as police randomly assaulted stragglers. He also got pepper sprayed for his troubles. 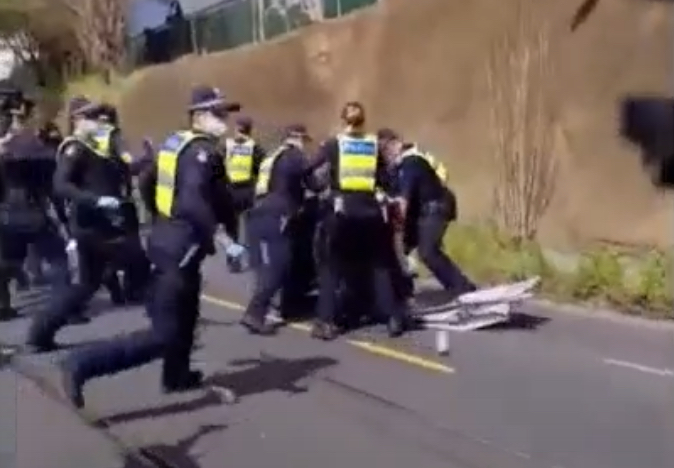 This is the second big protest in Melbourne where people have used sheer weight of numbers to break police lines. On each occasion there appears to have been no political objective in doing so other than to demonstrate to authorities that they are not going to be pushed around, and that they understand that if they are passive, the police will kettle them and pick them off one by one.

This still feels like practice, like a warm up for something. It is possible that as people become angrier, more desperate, perhaps even a little hungry, that tighter organisation with clearer goals will become the norm.