A huge public protest against the Covid lockdown is planned in Melbourne this Saturday, September 18. 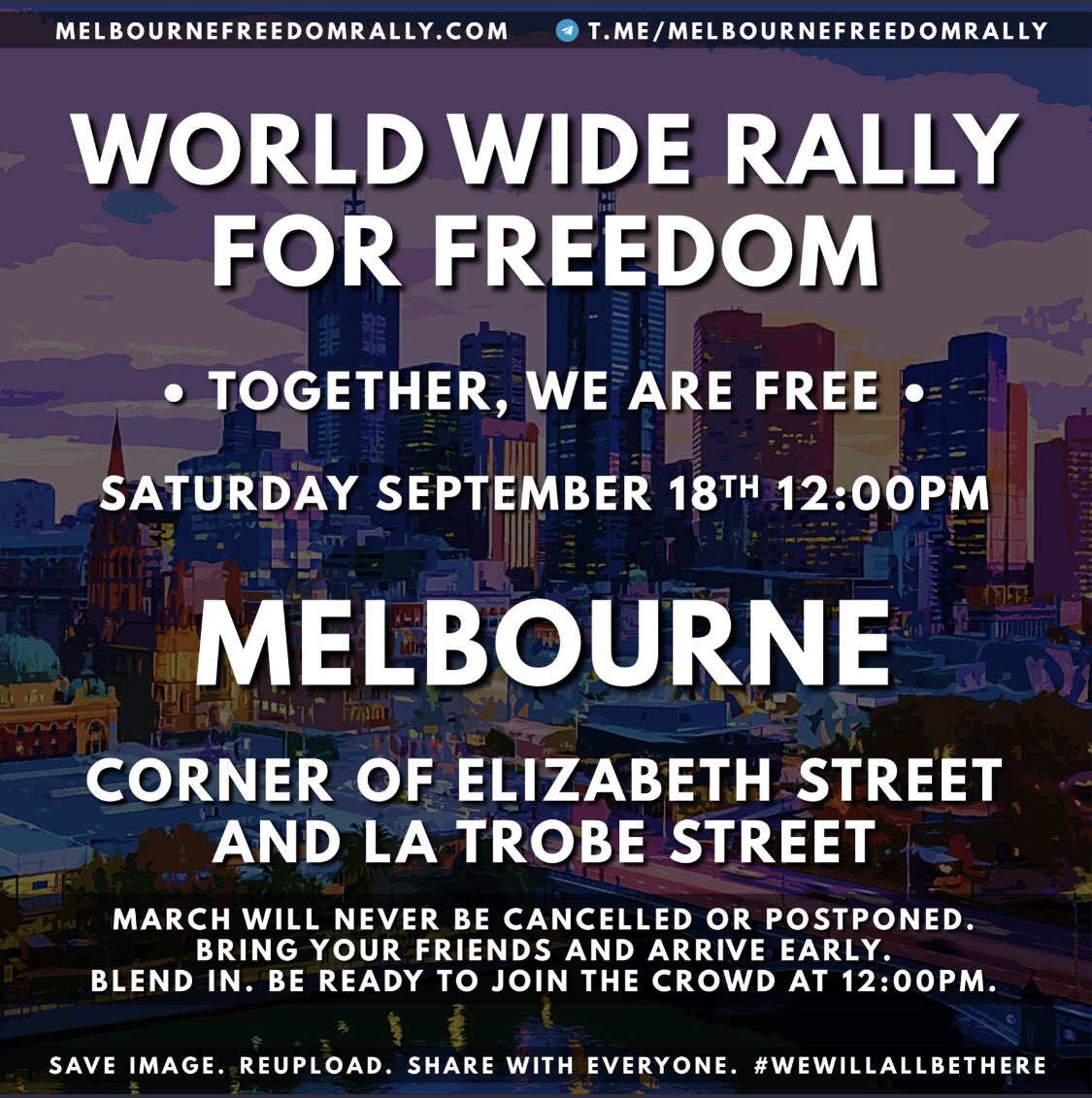 It is expected to be one of many rallies not just around Australia but around the world as part of the World Wide Rally for Freedom. 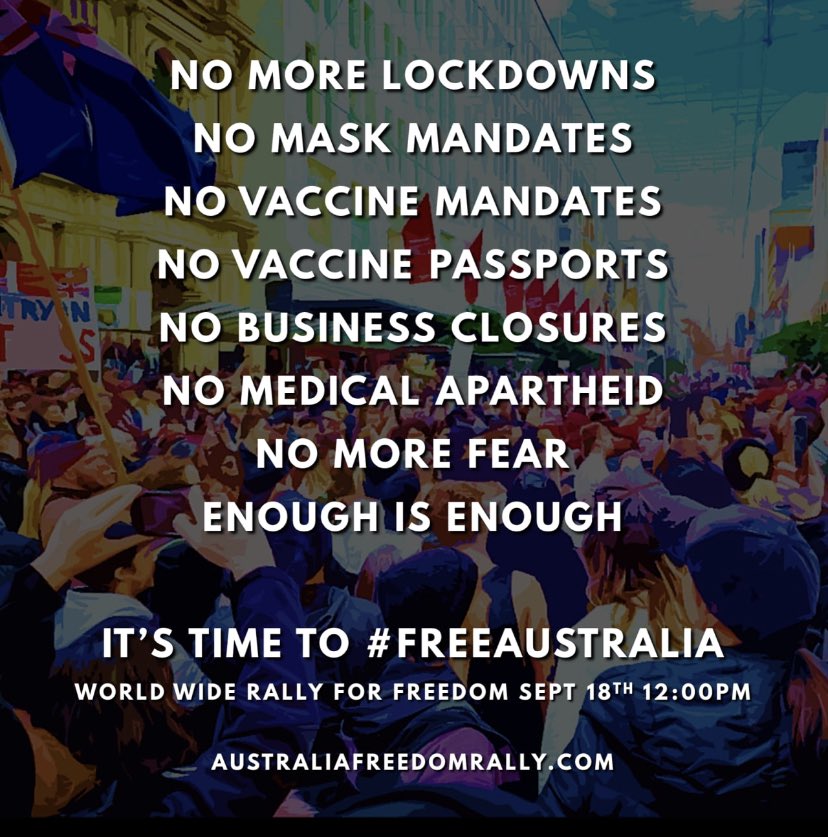 The Victorian government has freaked out over this and suspended all public transport into the city this Saturday between 8am and 2pm:

Public transport to Melbourne’s city will be shut down on Saturday in a bid to prevent an anti-lockdown rally in the city.

The public transport network will be temporarily suspended between 8am and 2pm on Saturday, Chief Commissioner Shane Patton announced on Wednesday.

Mr Patton said police, with health authorities, believe the planned protest could be a potential “superspreader event” placing people at risk of Covid and urged people not to attend.

‘We’ll be doing everything we can to prevent access to the city,” he said.

Mr Patton said authorities “didn’t take this decision lightly” and would dish out $5,500 fines to those entering the city as well as $1800 fines for people outside their 5km zone.

UPDATE: Melbourne’s entire CBD will be shut down Saturday, with a ring of steel barriers and 2000 police to barricade the city.

Given the Regime’s hypocrisy with regard to Antifa, BLM and Extinction Rebellion rallies, it is clear that Patton’s concern regarding the possibility of a so-called “superspreader event” is merely a pretext with which to suppress dissidents opposing escalating tyranny in Australia.

Freedom rallies have grown in size nationwide in recent months, as well as around the world.

Relentless protests in Europe have forced the British government to backtrack on plans to implement Vaccine Passports.

FRANCE: Paris – the crowd chants “libertà” in solidarity with our Italian friends who are also fighting for their freedom #Together 🇮🇹 🇫🇷
pic.twitter.com/t5Vq4JGtm4

This was not enough to prevent protesters from breaking through police lines.

It is possible that the next time police lines are broken, the mob will not run away from Parliament House.