We’ve been saying for years that foreigners are dirty, smelly, and they threaten our way of life. Prime Minister Scott Morrison agrees. 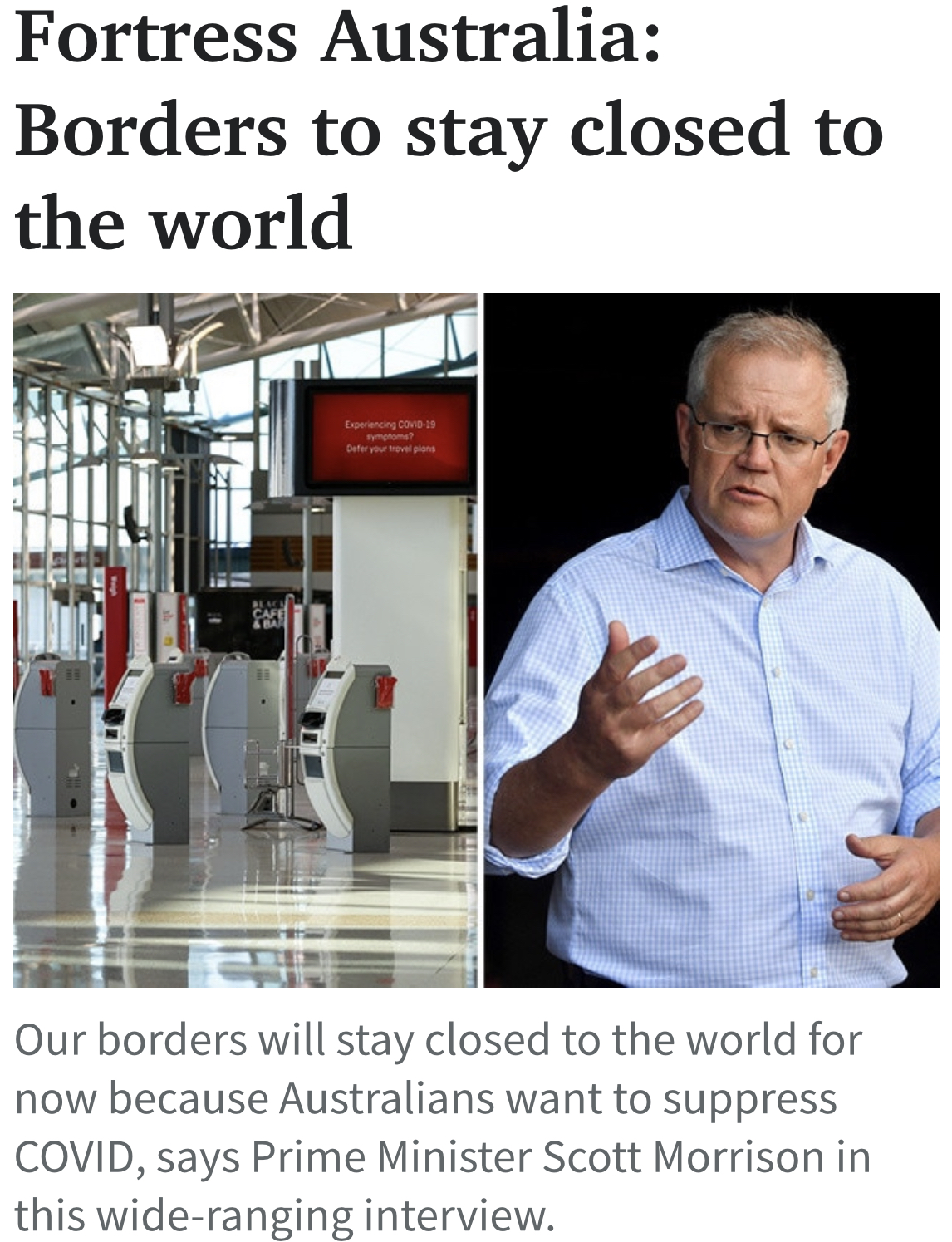 This is the awkward moment when you just stop caring about so-called “democratic” governments using a Chinese engineered slightly less mild version of the flu to institute their own far more insidious version of tyranny while they push a so-called vaccine which actually spreads the virus while telling everybody that the vaccine won’t work unless everybody else gets the vaccine which spreads the virus as part of a convoluted bumbling plan to depopulate the Earth.

Australia’s borders are shut indefinitely and that is a very good thing. If this is what it takes to slow mass replacement immigration to Australia to a trickle, then I will happily keep this coronavirus hysteria going as long as possible.

Anybody with eyes and a memory knows that the faces we see in Australian cities have changed beyond all recognition in the last 20 years, to the point where entire suburbs are considered Chinese, Middle Eastern, jewish or African. It’s taken decades of dedicated policy because foreigners generally want to live in the cities, but the government has made steady inroads into browning the bush as well.

There is no place to run, thus White Australians are forced to face the fact that this replacement is actually going on. The next step is to find other people who realise this is going on and recognise it as a bad thing. Then we network, build communities and entire institutions independent of the government which is trying to replace us.

The government won’t just sit back and let White people opt out of the system, hence why it is working so hard to criminalise peaceful political activism against forced multiculturalism. Yet:

This is why I love this indefinite border closure. It is like a chaos bomb. It makes ordinary Aussies angry and means they have less to lose. It means they are looking for answers and people who they can support who oppose the system, and it only takes a few well timed publicity stunts to get their attention.

Furthermore, only nationalists have a consistent worldview with regard to these border closures:

Only nationalists actually speak for Real Australians. We know the coronavirus plandemic is being used to implement Liberal Democratic tyranny upon the entire world. We know this fits a longer term pattern whereby the globalists and their jewish masters have been steadily bankrupting us, undermining us and replacing us for several generations.