Let’s set aside for a moment everything we know about how the “Western” oligarchy are satanic pedos who attain power by allowing the rulers of this world to get dirt on them.

Set aside the fact that we know a former PM has been a protected pedo for decades.

Set aside the fact that the obese Sarah Hanson-Young has stalked and harassed anything that breathes in Canberra for over decade but will sue you if you point out she is a whore.

Set aside the fact that the Liberal Party have betrayed the Australian people by forcing upon us mass migration and multiculturalism, ie White Genocide.

In current year clownworld Australia, if you are a chick who wants power, you can gut a Party and humiliate a Prime Minister simply by making an accusation, as long as you are backed by powerful lawyers and a coordinated media strategy.

Just a question: all the journos telling us they knew about the sexual shenanigans in Parliament House years ago, why didn’t they tell us?

The following headline has appeared in an apparently conservative Australian newspaper: 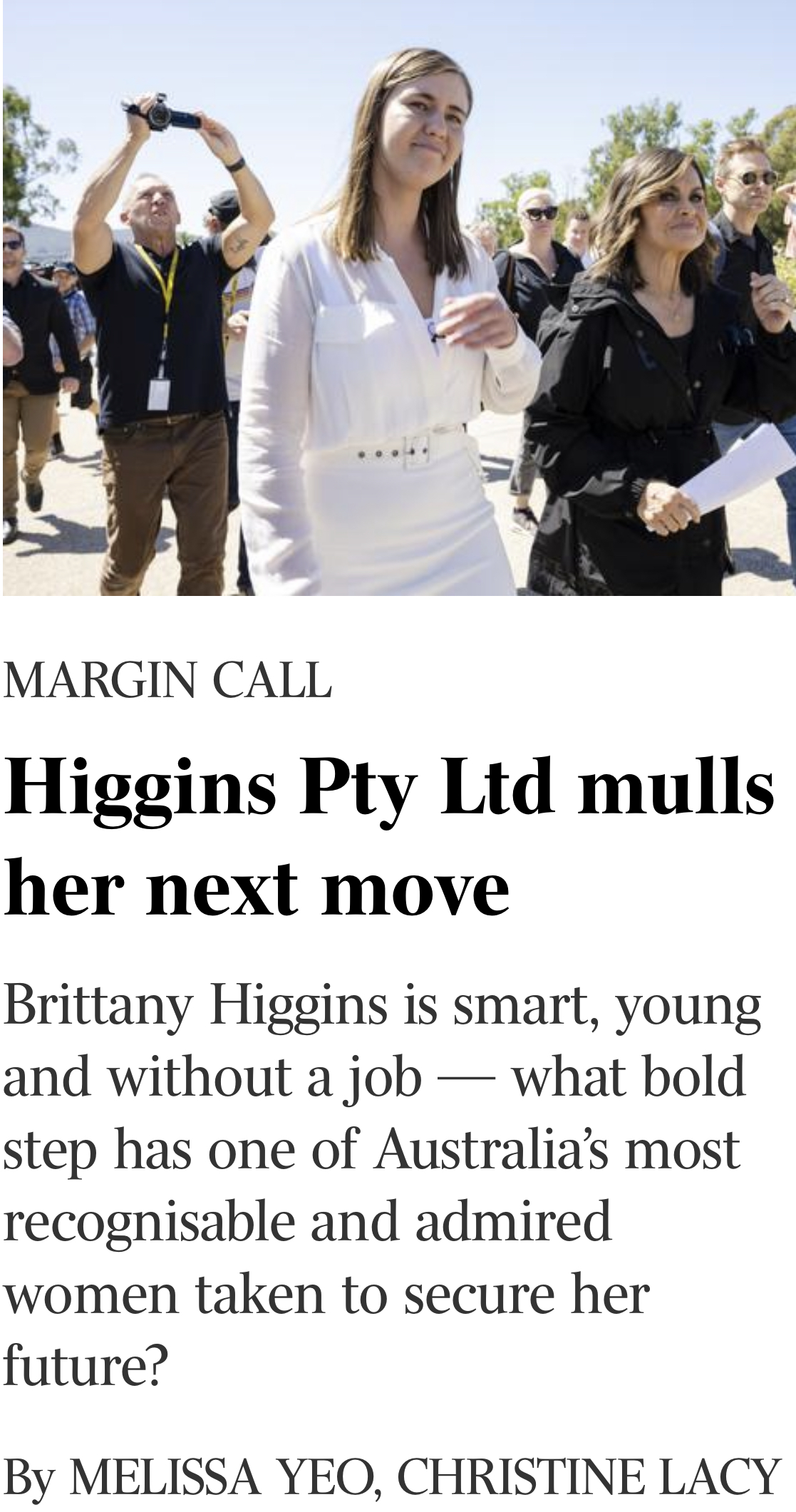 It’s official. A rape accusation, backed by the right people, is gold plated currency. Blind Freddy could have called it, but I called it:

Ultimately this is about destabilising the Prime Ministership of daggy dad Scott Morrison, who has retained popularity with the Australian electorate throughout the plandemic.

It’s working. The daggy dad has been forced to put out the following statement:

Earlier today I shared with Australians my profound regret and deep disappointment as I acknowledged the terrible mistreatment of women in this country over a long period, and specifically in relation to the disgraceful events that have occurred in our workplace at Parliament House. I meant what I said about having listened, and being committed to doing everything I can to make the changes we need to make to deal with these issues. I owe it to all women in this country, not least the women in my own life so precious to me. I owe it to them to do better.

In the course of today’s media conference when responding to further questions I deeply regret my insensitive response to a question from a News Ltd journalist by making an anonymous reference to an incident at News Ltd that has been rejected by the company. I accept their account. I was wrong to raise it, the emotion of the moment is no excuse.

I especially wish to apologise to the individual at the centre of the incident and others directly impacted. I had no right to raise this issue and especially without their permission.

What matters now is doing everything in my authority to take the actions that are needed to fix the culture in our Parliament and work to make Australia a safer place for women.

It is also of the utmost importance that I continue to focus on the needs of those facing our flood crisis, and continuing to lead our country out of the COVID-19 pandemic and global recession.

We have achieved a lot together. None of us may be perfect. We all have our faults, but when we come together as Australians we always achieve great things and can confront any challenge.

He’s even being forced to apologise for taking actions to defend himself or to point out the log in the media’s eye. I cannot feel sorry for him. This is the guy who thinks that signalling to Christian conservatives while selling us out at every turn is a viable political strategy.

Morrison is finding out the hard way that being a cuck will never save you.

Sunday ScoMosas with mango chutney, all made from scratch – including the chutney! A pity my meeting with @narendramodi this week is by videolink. They’re vegetarian, I would have liked to share them with him. pic.twitter.com/Sj7y4Migu9 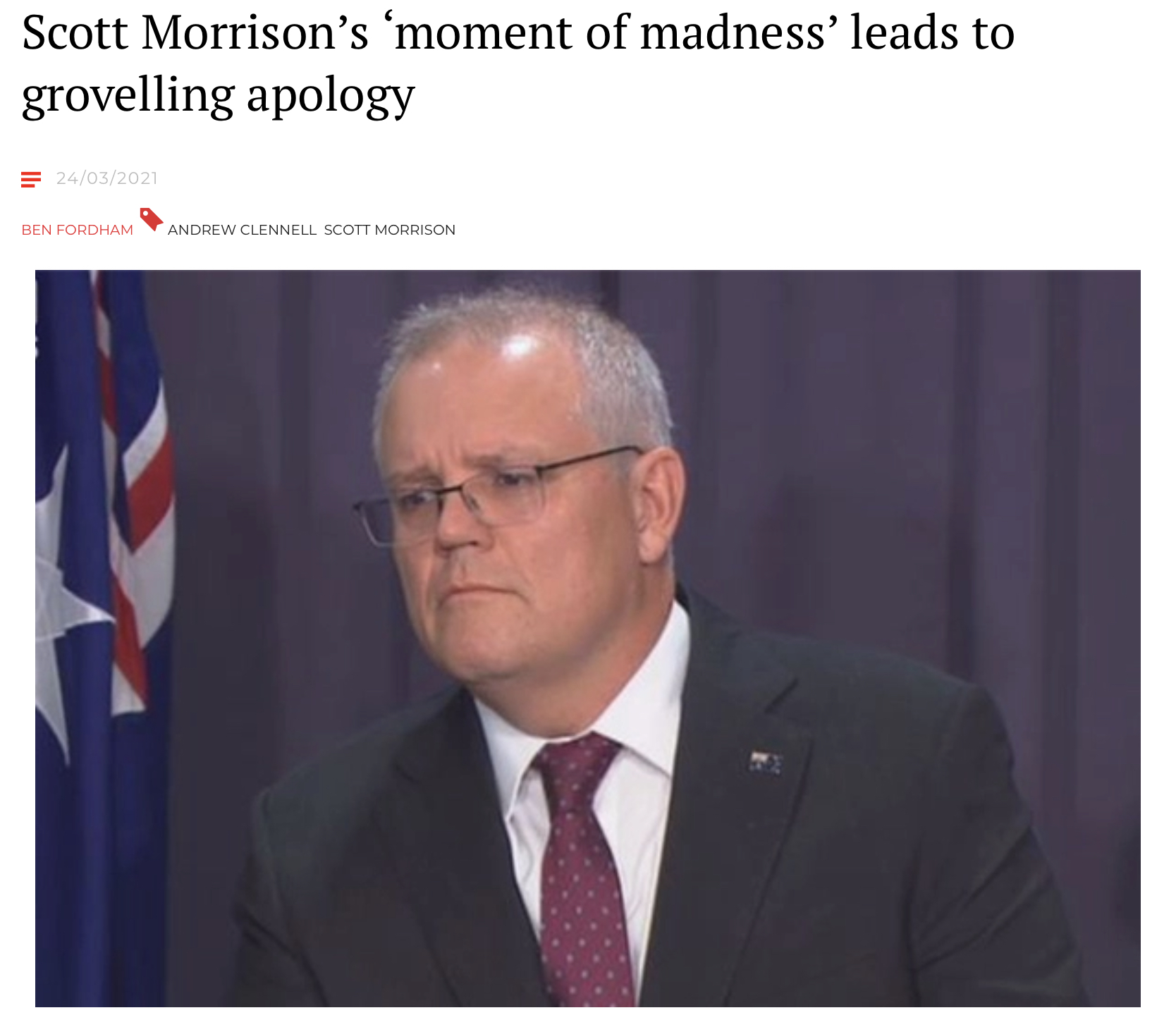