I had various personal reasons for loving the lockdown here in Victoria.

My 99 year old grandmother died just weeks before the first lockdown hit. She is in a better place, reunited with Poppa. If she had held on another fortnight we could not have held a proper funeral. If she had lived to a hundred, a proper celebration would have been verboten.

Various loopholes meant I was allowed to visit my family in some of the most beautiful spots in Victoria. My work usually takes me all over the clogged city of Melbourne, but I was able to do it all online. Once I got past the technical challenges and found a way to stave off the head fog from speaking to people over the internet, I had hours of extra time. I played so much piano. I also exited the lockdown in the fittest condition of my life and I have carried on since.

Despite banging on about how totalitarian the whole thing was, it suited my personality as I am happy in my own company. Friends rang regularly but there was no hint of going out to a stupid bar in the inner city full of stupid lefties and their stupid music. The lockdown was paradise. It was full of family, friends, a little prayer and lots of good music. Free of so many of the requirements of bug life slavery, my soul drank and I felt genuinely free.

But there is a deeper reason for loving the lockdown than these mere selfish ones, although they give a hint as to the real reason.

This world is insane and it is ruled by the devil.

The Australian government is attempting to replace its native White people via mass immigration and multiculturalism. This mirrors the attempt by governments in most White countries on the planet to replace their own people.

A key component of the spiritual warfare used to achieve this is an attempt to upend every aspect not only of our culture but of reality itself. It is not simply about “cancelling” old movies, books, songs, people or ideas. Every thought, every assumption, every instinct must be inverted.

I notice this whenever I see an old photo or old footage of how our countries used to look. You will see all-White faces full of character and grit, architecture and music which valued beauty. The people in old movies held different assumptions underlying every action they took and were thus uninhibited. You notice this whenever you meet somebody who is old-school, or when they let an old footballer on the telly. It is like you are looking at somebody not simply from another time but from another dimension, someone who is not trying to remind themselves at every moment not to be offensive and who remembers that it didn’t always used to be like this.

These relics come from a time in the last millennium which I still remember. This time looked different, it sounded different, it even tasted different. Every aspect of our lives, no matter how minute – from the faces on the street, to football, to plastic bags – has been deliberately altered. The rulers of this world have worked to systematically alter everything so that nothing we see, touch or hear reminds us of our past or connects us to it. This is gaslighting on a civilisational scale.

A man who saw this all coming in the last century tried to stop it. His country was destroyed and his words and symbols forbidden because they were so powerful a weapon against the system of control.

Thus ordinary life presents me with a sense of unreality. This world feels unnaturally different from the world in which I was raised to live.

The lockdown forced people who were used to ignoring this unreality to confront it.

It was unavoidable, being confined to their homes, being forced to wear a slavemask on their faces and seeing that same slavemask on the faces of others. Whenever they saw a maskless face such as my own this unreality became even more apparent. The task to creatively find ways to demonstrate the insanity of the world in which we live was made easier as it was suddenly and starkly thrust to the forefront.

Many have awoken and will never fall back into slumber, and the task is simply to open their eyes to the full truth and channel them into our movement. Europe is on the march, America is seething and even sleepy old Australia is starting to twitch. The Lying Press reports on the “hundreds” of people demonstrating against the lockdowns and the ridiculous push for dangerous and unnecessary vaccines.

The reality is that millions of people across the West are out in the streets against this. It is yet another aspect of reality our masters are attempting to hide from us. The lockdown was the best thing to ever happen to us. I hope they try it again. 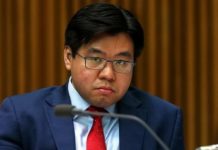 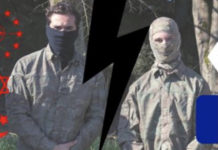 Second letter from French Generals goes much further than the first