Andrews is corrupt af. His tentacles spread so far that he’s even able to keep a grilling by the top corruption watchdog in the state a secret for a week. Andrews basically has every institution in Victoria eating out of his hands. It’s a wonder we’re able to discover as much as the Lying Press is letting on:

Daniel Andrews will come under further pressure to stand down as the Victorian Premier after it was revealed he faced a second secret anti-corruption hearing.

The Australian on Friday revealed he was grilled by the Independent Broad-based Anti-corruption Commission (IBAC) over his association with an alleged corrupt property developer who is accused of dodgy land deals.

The revelation came after it emerged last week he fronted the watchdog overLabor’s culture and the misuse of public resources.

The new report said Mr Andrews was grilled over his relationship with John Woodman and whether the Premier had been give his phone number.

The watchdog is looking into Mr Woodman and Mr Andrews who attended the same political fundraising events and whether large donations led to privileged access at a ministerial level.

The publication said the Victorian leader had changed his testimony and agreed Philip Staindl, a veteran Labor lobbyist who has previously worked closely with Mr Woodman, could have passed the mobile number to him.

Mr Andrews later told the hearing it was highly unlikely he would have requested or was given Mr Woodman’s contact details.

It is telling that these latest corruption allegations centre around a property developer. Similar to the Andrews’ government’s freak out when the tradies rebelled, it reveals the population Ponzi at the heart of Australia’s economic scam. Our politicians practically gave away our heavy industry to Asia, and red and green tape makes it increasingly difficult for any industry which genuinely creates wealth in this country to survive.

In order to maintain the illusion that we have an economy, the government leverages Australia’s reputation as a good place to live to convince millions of immigrants to come here. This keeps the building industry on life support, which keeps Australia’s economy on life support……and replaces the Australian people in the medium to long term.

During the lockdown the building of skyscrapers continued in Melbourne unabated. The CBD is now full of empty apartments and office blocks built on Harry Triguboff’s motto of “keep building the skyscrapers and I’ll get my mates in parliament to fill them for us.” Thus the corruption of the Victorian Labor Party is merely one aspect the complete sell out of the Australian people by both major federal political parties and the entire building industry.

It led to IBAC further probing into Mr Woodman’s links to Labor ministers, including Mr Andrews.

Amanda Stapledon, who was mayor of Casey in 2018, told IBAC she received a $25,000 donation by Mr Woodman to run as a Liberal state candidate in 2014.

She committed suicide days after a draft IBAC report was released.

Seriously what the hell? Was it suicide by two bullets to the back of the head? Actually, I’m not surprised at all. Evil is written all across this guy’s face. “The Operation Sandon draft special report is currently going through a natural justice process,” they said.

It comes after it was revealed last week Mr Andrews was questioned by IBAC where it found the Labor Party’s culture was “rotten” and encouraged misuse public funds.

He was one of the 26 people interviewed and was among senior Labor figures who admitted “significant cultural reform is required within the ALP”, according to the report.

It is understood the investigation looked at a culture which allowed members to misuse public funds and benefit from nepotism as well as other wrongdoings.

The draft report, seen by The Age, concluded cultural failings within Victorian Labor were systemic and condoned or encouraged by leaders within Labor for years.

Corruption is rife in the Labor Party from top to bottom, but don’t expect any accountability from Dictator Dan:

The Premier refused to answer multiple questions, including whether he would stand down following the findings, during a media press conference on Thursday.

“I’m not making any comment about those matters unless until a final report is handed down,” he said.

It is worth noting that the Andrews government is currently attempting to pass legislation which would make the Chief Health Officer and those under him immune from prosecution. Again we ask a rhetorical question:

Why is the government shielding the pawn it used as an excuse to coerce the injection of poison into millions of Victorians under threat of losing access to education, travel and a livelihood. 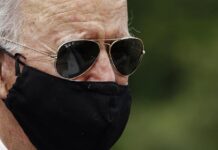