They’re going to have to just ban live TV in the upcoming totalitarian superstate ruled from Jerusalem.

The thing about these globalists is that they have a completely different kind of life to the rest of us. Ordinary people like you and me go to work, train, see friends and family and figure out how we are going to get our people out of this predicament. Globalists like this bitch torture babies then drink their blood in the belief that it will give them unnatural long life.

So she had to pretend to empathise with the crowd, even though she doesn’t feel empathy. The crowd were people who had been locked down for another five days after the lengthy lockdowns in 2020. The very tournament they were attending was the whole reason for the recent third lockdown, so this globalist bitch couldn’t just pretend it wasn’t a thing.

So after saying some fluff about how hard we’ve all had it, she said the following:

“And with vaccinations on the way and rolling out in many countries around the world, it’s now a time for optimism and hope for the future.”

The crowd booed. It was awesome.

“There are many other people to thank that enabled this great night to take place in the last couple of weeks. The top of that list is the Victorian government, without whom we could not have done this.”

You could tell they were pissed. She told the crowd a little later that they were “very opinionated”. Later, a corporate fat cat got up and made another speech, and he made a point of looking around very grumpily around the crowd. No doubt he was grumpy at the Victorian government as well, as they did not take on board his suggestion to ring the arena with troops armed with submachine guns.

These corporate globalists are completely on board with global communism rebranded as the Great Reset. Capitalism and Communism are two sides of the same Jewish coin. It is the corporate fat cats, the communist weirdos who staff the NGO’s and supra-governmental agencies dotted around the world, and their jewish banker masters, against the rest of us,

The message from this brief moment where reality was able to leak out onto live TV and be watched by millions is clear. Most people know the coronavirus is rubbish. The lockdowns are rubbish. The vaccines are rubbish.

There was a massive rally in Melbourne last Friday week, and there were massive rallies all around Australia this weekend. Like the booing of the idiots kneeling before soccer matches, the globalists are going to have to find a way to prevent these spontaneous repudiations of the narrative happening on live TV.

Having no crowds in stadia around the world is handy for a short period, but the canned crowd noise they include in the TV coverage is just too weird to be effective for very long. Mind you, Djokovic disagrees with me: 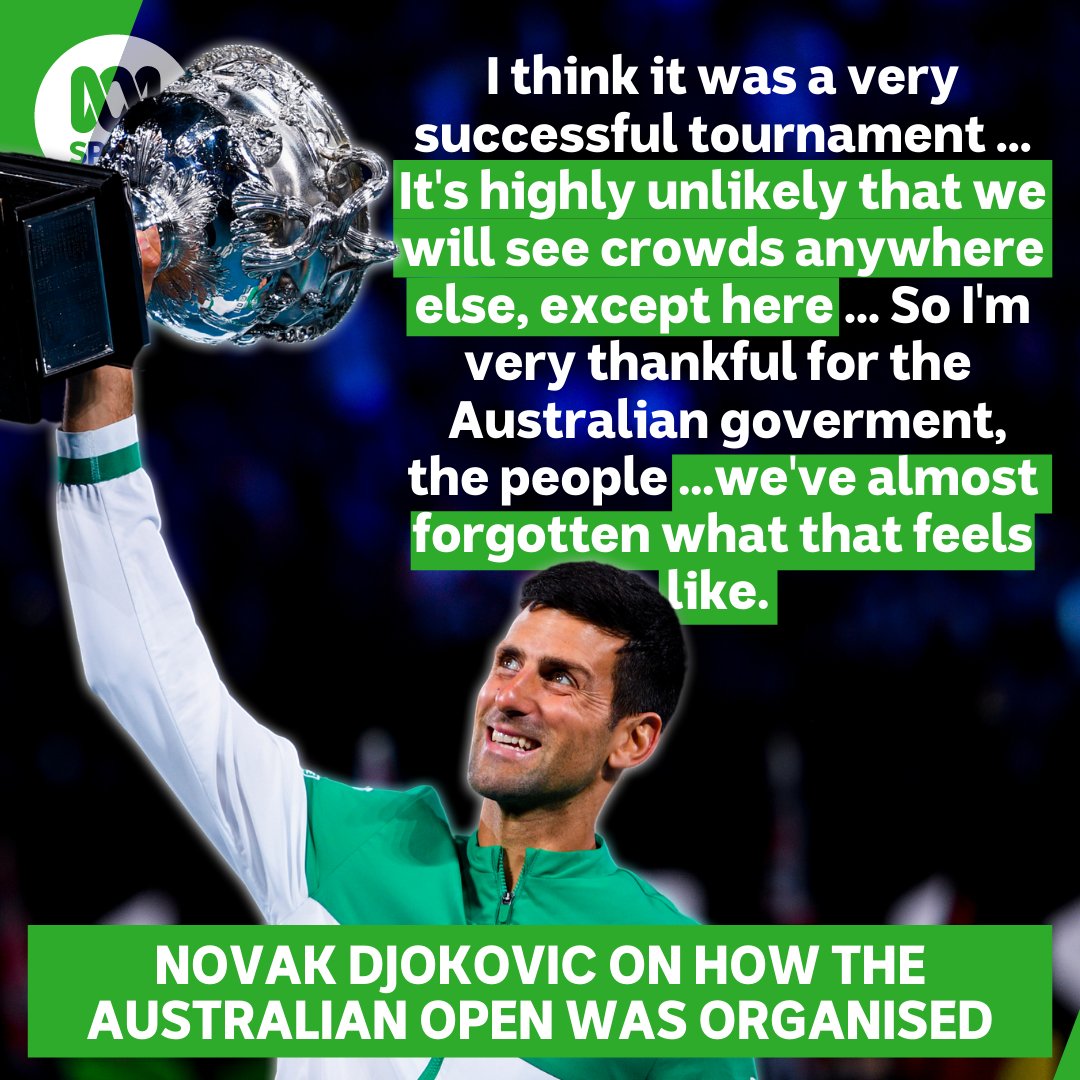 They’re either going to ring stadiums with troops, or they’re just going to stop doing live TV. It will be one or the other.