Firstly, like Tiger Woods she has been genetically engineered by enforced multiculturalism to combine the positive traits of the African races – sheer brute power – with the positive traits of the Asian races – regimented discipline. In this manner the globalists can create cyborgs capable of beating white people at sports requiring planning and precision. It serves as a psyop to convince Aryans that we are not in fact the supermen that we are.

Her second purpose is to undermine Japanese national identity. The Japs have one of the most homogenous societies in the world, a strict immigration program, ie almost none, and strong conditioning against miscegenation. The globalists, ie the jews, have been using Japan’s demographic decline as an excuse to force mass immigration and multiculturalism upon them.

(The idea that Japan will die if its population reduces due to low fertility is of course ridiculous, as long as they can keep their borders intact. Noah took two of every kind on the ark, one male, one female. This is all you need to replenish the earth.)

This makes Naomi Osaka the ideal propaganda tool to be wielded against both West and East.

I can’t find the footage, and honestly, nobody needs to see it again. I did find this screencap: 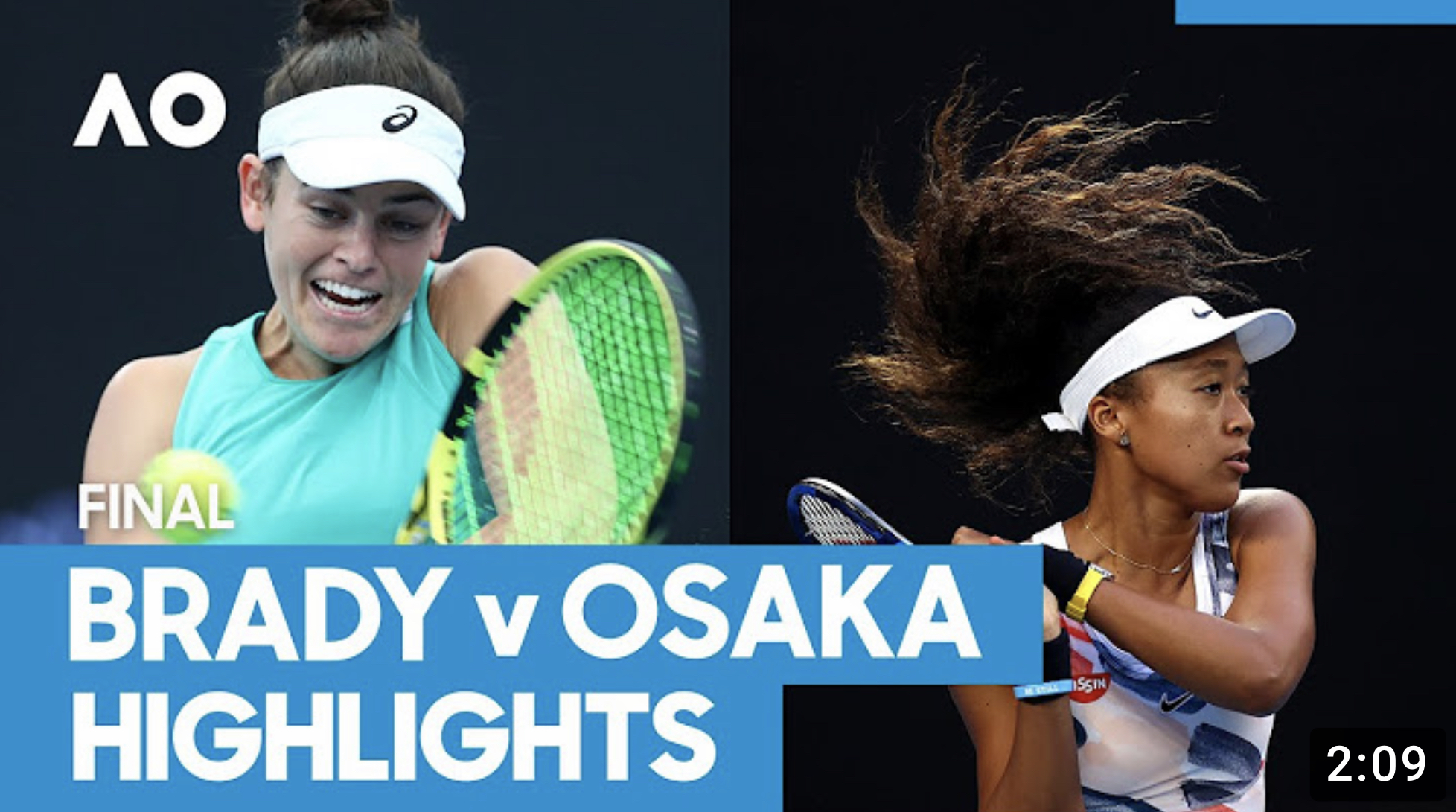 And this weird video: 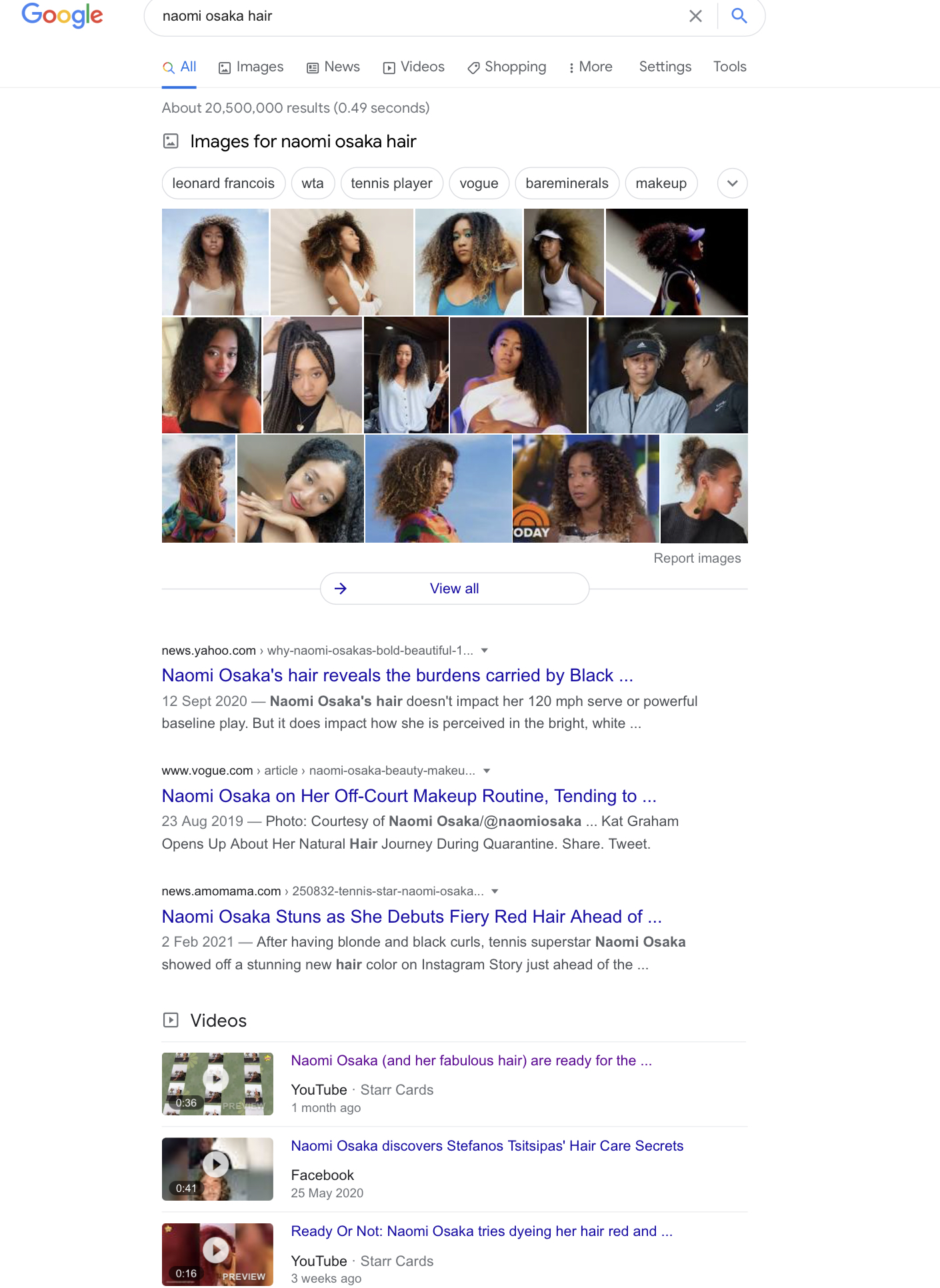 So yeah, it is a thing, and it is clear that she plays up to it.

It is too obvious, which is why I expect within a couple of years the Lying Press will bait and switch, informing us that the fetishisation of her hair is evidence of bias or White Supremacy. This all ties in with a recent observation by Andrew Anglin:

“This third worldization of America is coinciding with the culture of the third world being feminized and analized, as we reach a global norm.

“That means poverty and a lack of personal freedom combined with state-enforced homosexuality and female social dominance.”

The irony is that the actual indigenous inhabitants of Japan are Aryan. Photos of the Ainu people, who still bear our genes (and beards) despite the best efforts of the Japanese government to breed them out, demonstrate this to the naked eye: 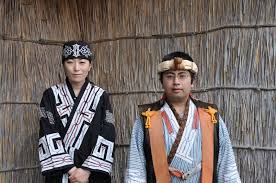 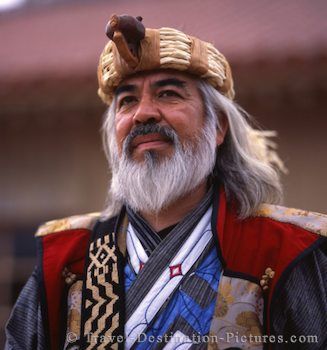 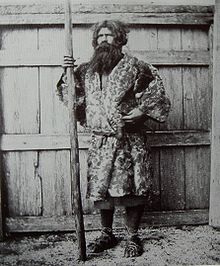 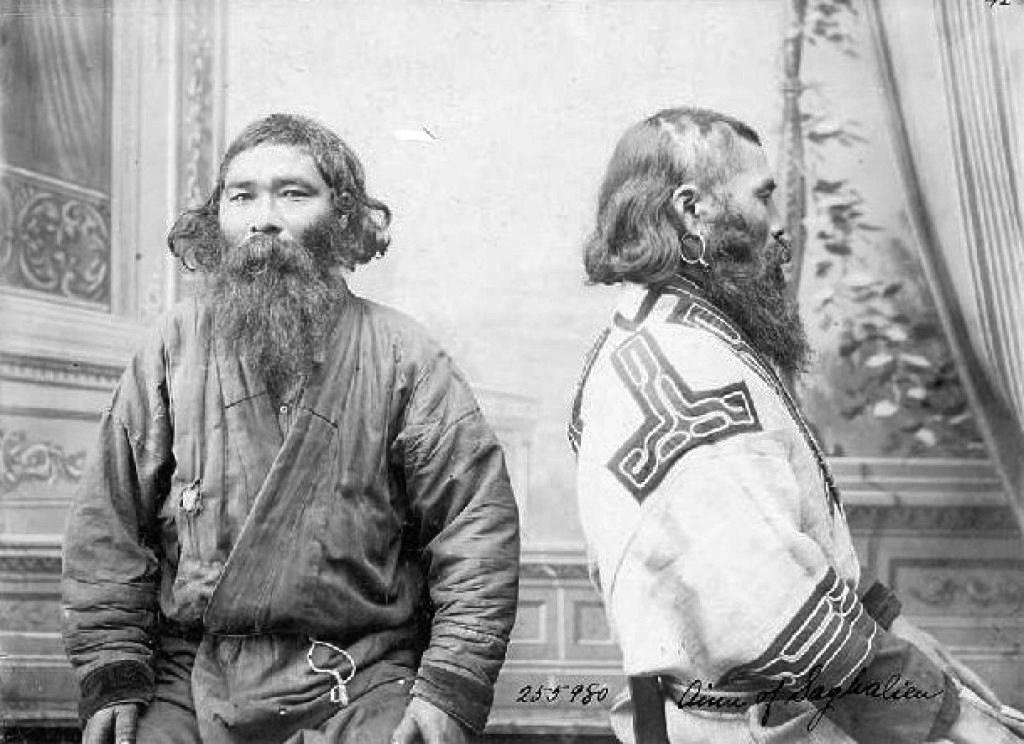 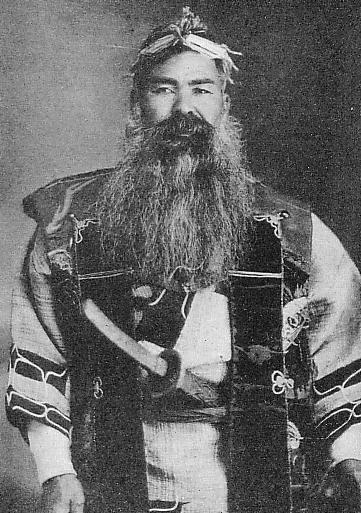 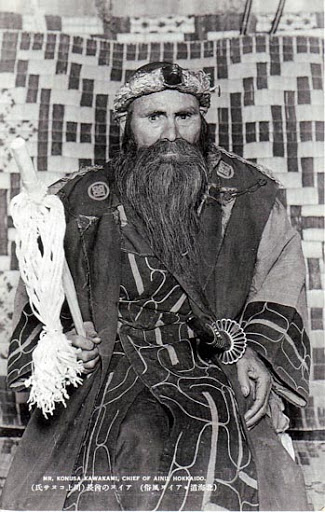 They are also the founders of Japanese culture and the caste system which existed under the Samurai, hence why the cross of our people is revered all across Japan: 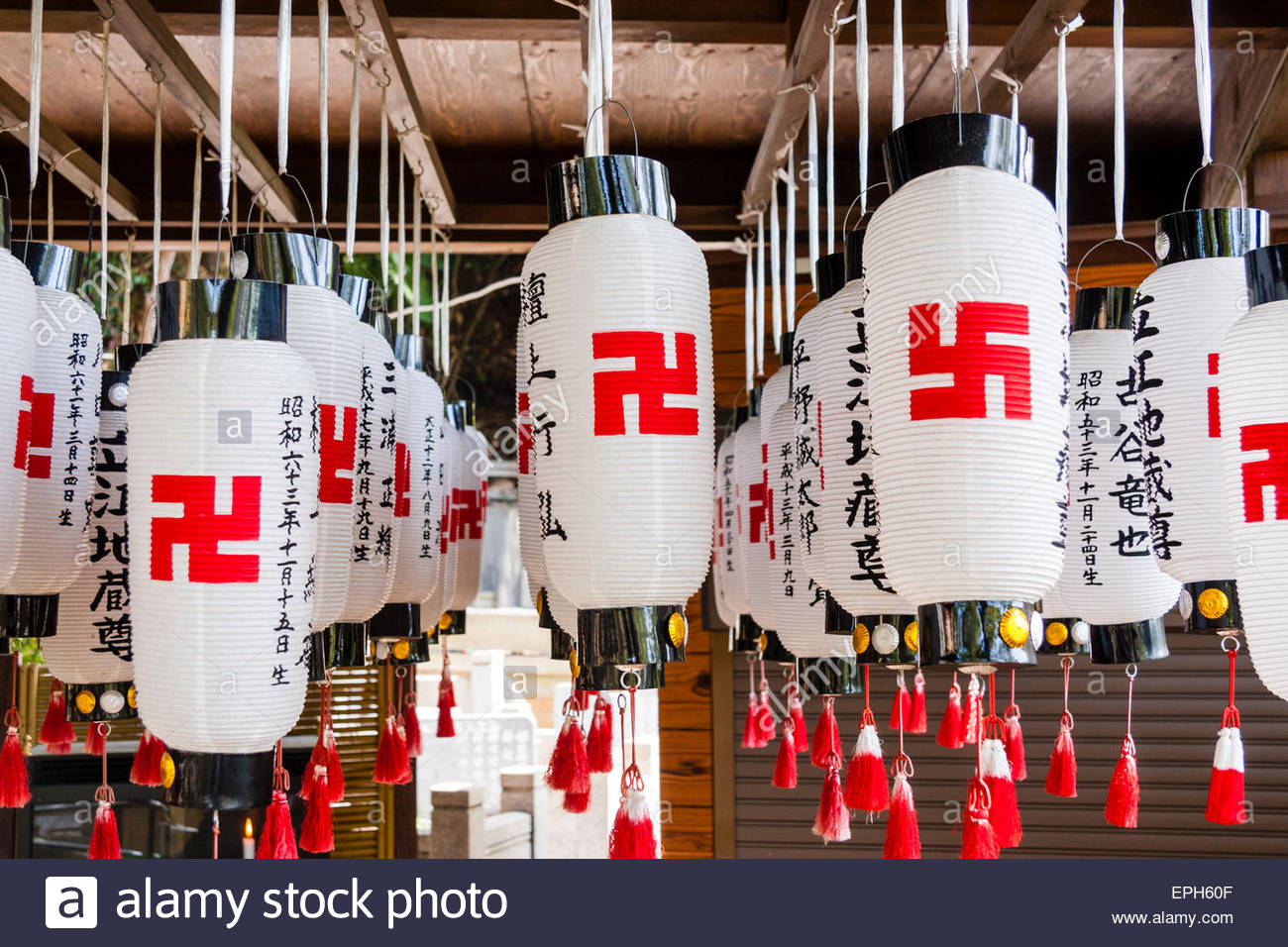 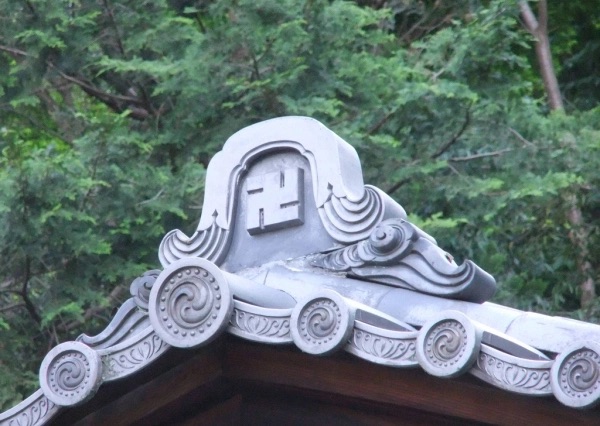 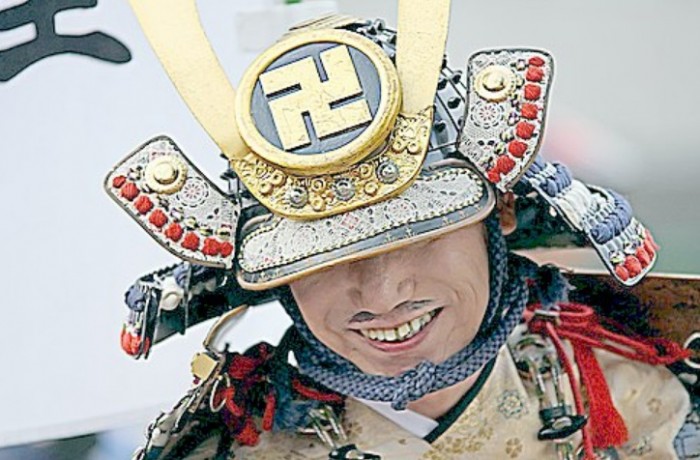 Robert Sepehr has published an excellent, brief video on the Ainu:

The historical pattern proceeds as follows:

Our Aryan ancestors have repeatedly carried our people and our culture to every known corner of the world. We seed civilisation wherever we settle, then cede civilisation as we mix with other people. Aryan culture-creating civilisations regularly fall due to natural disasters or through the weak men created by good times. When our civilisations rise again, we return to lands we once inhabited, attribute the decayed civilisation which still exists to the people currently occupying the land, then help to push “their” civilisation forward once again.

One of our tasks, if we are to secure the existence of our people and a future for white children, is to recognise this pattern and adjust our understanding of the world, its people and its history accordingly.

The danger for Japan, should the globalists successfully bastardise its people with culture-destroying races, is that the culture of our ancestors could be lost from those isles forever.