As reported widely, a taxpayer funded propaganda blog, ironically known as The Conversation, recently decided having to defend their faith was just too hard:

Once upon a time, we might have viewed climate sceptics as merely frustrating. We relied on other commenters and authors to rebut sceptics and deniers, which often lead to endless back and forth.

But it’s 2019, and now we know better. Climate change deniers, and those shamelessly peddling pseudoscience and misinformation, are perpetuating ideas that will ultimately destroy the planet. As a publisher, giving them a voice on our site contributes to a stalled public discourse.

That’s why the editorial team in Australia is implementing a zero-tolerance approach to moderating climate change deniers, and sceptics. Not only will we be removing their comments, we’ll be locking their accounts.

So much for “conversation”… 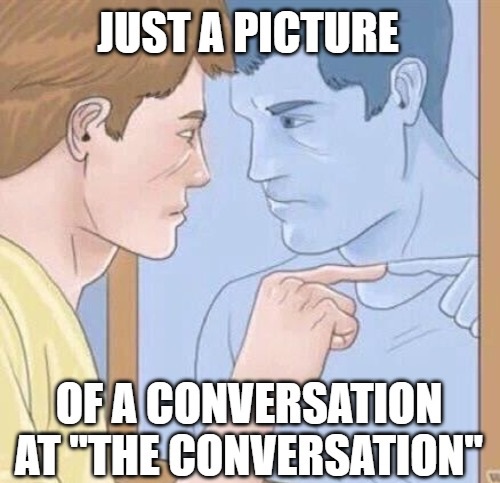 There’s not much more we can say about this gross abuse of taxpayer money that we haven’t covered already at The XYZ. The Con no longer has any credibility and is now just for laughing at, and as a cautionary tale in avoiding creepy cults.

They have since solidified their place as the laughing stock of the Aussie Mainstream Media (and that’s saying a lot given how idiotic the MSM are) when they reported on the UN climate summit:

Australian Prime Minister Scott Morrison did not attend the summit – despite being in the US at the time. Foreign Minister Marise Payne attended but did not speak.

Morrison’s non-attendance largely reflected the position Australia took to the summit: ever-increasing emissions, no new mitigation targets beyond those announced in Paris, and no new strategies to reach the targets.

Australia’s Prime Minister Scott Morrison was not in the crowd to hear Thunberg demand that the leaders keep global warming below 1.5℃. Nor was he there to hear Gutteres tell leaders that the world remains on track for catastrophic global warming, and they must commit to new and concerted action on climate change.

The horror of it all, what would Greta Thunberg say about this gross insult to the warmist cult? 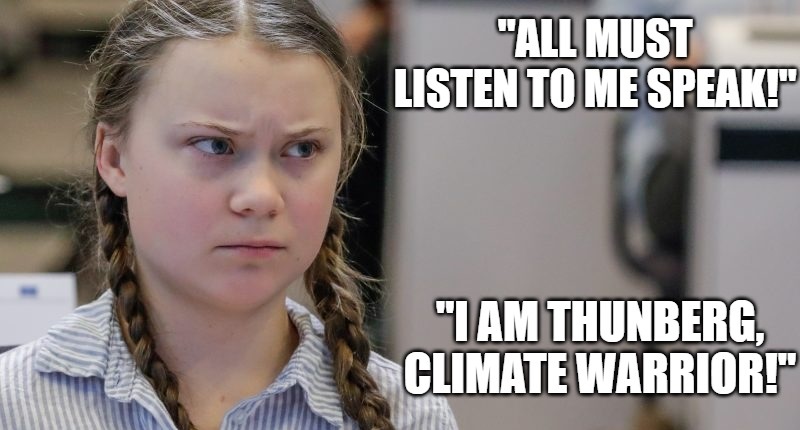 The only problem with this “zomg the PM’s the wurst” narrative is that the UN actually told our PM they expected him to sit silently as warmists lectured everyone on the planet’s fever:

Australia has been barred from speaking at a UN climate summit in New York next week, where China and India will call for trillions of dollars more in climate funding from the developed world.

Other big economies, including the US and Japan, have also been silenced because they have not agreed to increase their ambitions to tackle climate change. 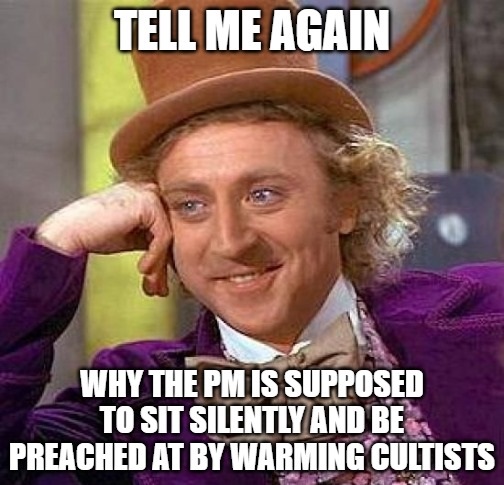 So essentially, The left wing global warming cult lunatics over at The Con want our PM to sit silently and have major emitters like China and India tell us how to reduce CO2 emissions.

Why exactly should the Prime Minister of our country waste his time with climate cult sermons? His base are almost unanimously sceptical of the cult’s wild and unproven claims, should he not at least represent the wishes of those who voted for him?

Interesting that The Con left this little bit of information out, for a blog who claims to be oh-so-dedicated to ‘science’ to leave out something so important seems a glaring error. You’d think the fact that our PM was told to sit down and shut up would rate a mention, at least to people who value truth.

Apparently not, but just remember, in Clownworld when the facts don’t fit your narrative the best thing to do is to pretend they don’t exist.

You know it makes sense! 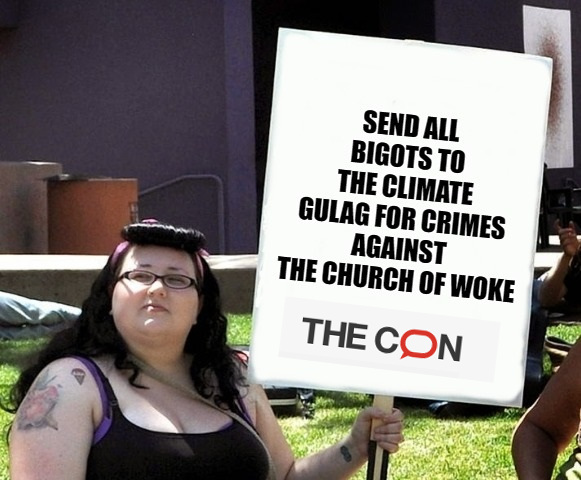