The Australian Lying Press this morning is reporting that the Australian government intends tax the methane emissions from livestock. They are literally going to tax cow farts: 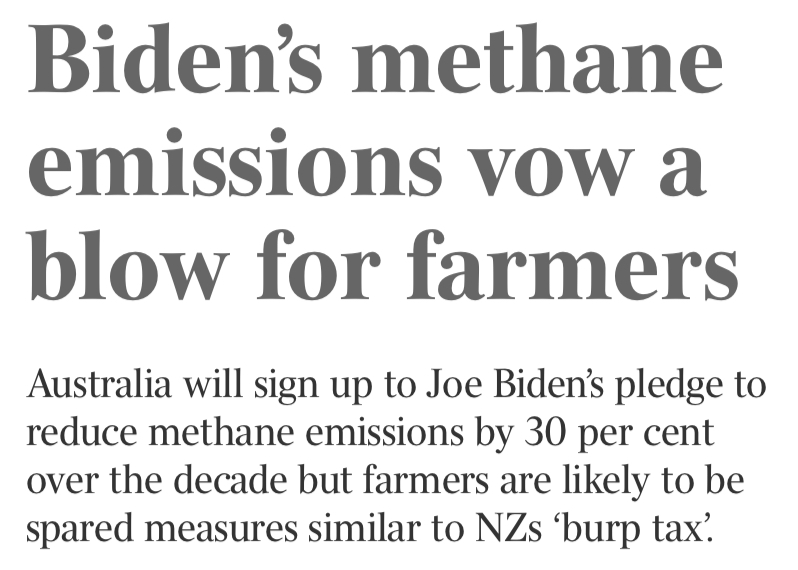 Australia will sign up to Joe Biden’s pledge to reduce methane emissions by 30 per cent over the decade but farmers are likely to be spared measures similar to NZs ‘burp tax’.

Bizarrely, the supposedly faaarrrr right Murdoch press is pretending that this is somehow less severe than New Zealand’s plan to tax cow burps and urine. Both are insane and will raise the price of meat and put farmers out of business. It is worth examining the language the New Zealand tranny used to flog this:

The Labour administration led by Jacinda Ardern, a former president of the International Union of Socialist Youth , claimed what it called a farm levy would be a world first and farmers should be able to recoup the cost by simply charging consumers more for their products.

“No other country in the world has yet developed a system for pricing and reducing agricultural emissions, so our farmers are set to benefit from being first movers,” Ardern said.

“Cutting emissions will help New Zealand farmers to not only be the best in the world but the best for the world.”

This is just straight up lying. They want to increase the cost of raising livestock, to increase the price of meat, to put cattle farmers out of business so they can confine meat eating to the dustbin of history:

The plan includes taxing both methane emitted by livestock and nitrous oxide emitted mostly from fertiliser-rich urine – which together contributes to around half of New Zealand’s overall emissions output.

Farmers quickly condemned the proposal, which would be introduced in 2025, coming just months after other Ardern restrictions including forced impositions on gun ownership as part of wider social crackdowns and restrictions.

Federated Farmers, the industry’s main lobby group, said the tax would “rip the guts out of small-town New Zealand” and affect food production because farms would be replaced with trees while at the same time making beef and lamb consumption a more expensive option.

Instead, he said farmers would be selling their farms “so fast you won’t even hear the dogs barking on the back of the ute (pickup truck) as they drive off”.

This is being coordinated globally, but they’re trying to be sneaky about it. In New Zealand it’s cow burps, in Australia and America it’s cow farts. In the Netherlands it’s nitrogen rather than methane.

Here in Australia a series of either real or engineered biosecurity crises have put pressure on livestock, poultry and bee farming, and the Victorian government has attempted to quietly pass legislation which would effectively ban ordinary people from growing their own food.

Suspicions that the series of fires burning down barns, food processing and distribution centres and fertiliser plants, as well as rail accidents, are more than mere coincidence have been been confirmed by reports of sabotage in Germany:

German rail operator Deutsche Bahn said on Saturday that intentional interference was the cause of disruptions in the train network in northern Germany.

“Sabotage to cables that were vital for train traffic meant Deutsche Bahn had to stop trains running in the north this morning for nearly three hours,” Deutsche Bahn said.

The German rail operator said security authorities had taken over the investigation. There was no immediate information on potential suspects. Investigators, however, said the communications cables were cut at one location outside Berlin and another in the western state of North Rhine-Westphalia.

German Interior Minister Nancy Faeser said authorities “have to assume intentional acts” were behind the rail disruption as cables were severed at two locations.

Environmental terrorists are targeting food infrastructure worldwide. In tandem, environmental extremists are conducting crazy protests, such as glueing themselves to artwork both in Australia and abroad. Globalist politicians can then look like the sensible ones, incrementally imposing more and more restrictions, regulations and taxes to make the use of petrol, oil and coal and the consumption of meat and dairy products impossible.

This is not about so-called “emissions reduction” of carbon, otherwise known as plant food, but a radical transformation of every aspect of Western society. They literally want us to eat bugs:

And live in mega prison cities:

It’s like they saw the Neo waking up scene and thought it would be cool to try it here:

These people do not care about the environment, only power. They want us to be slaves, and they want there to be a whole lot less of us. If Aussie farmers are going to stop this, they’ll need to one-up their Dutch counterparts: 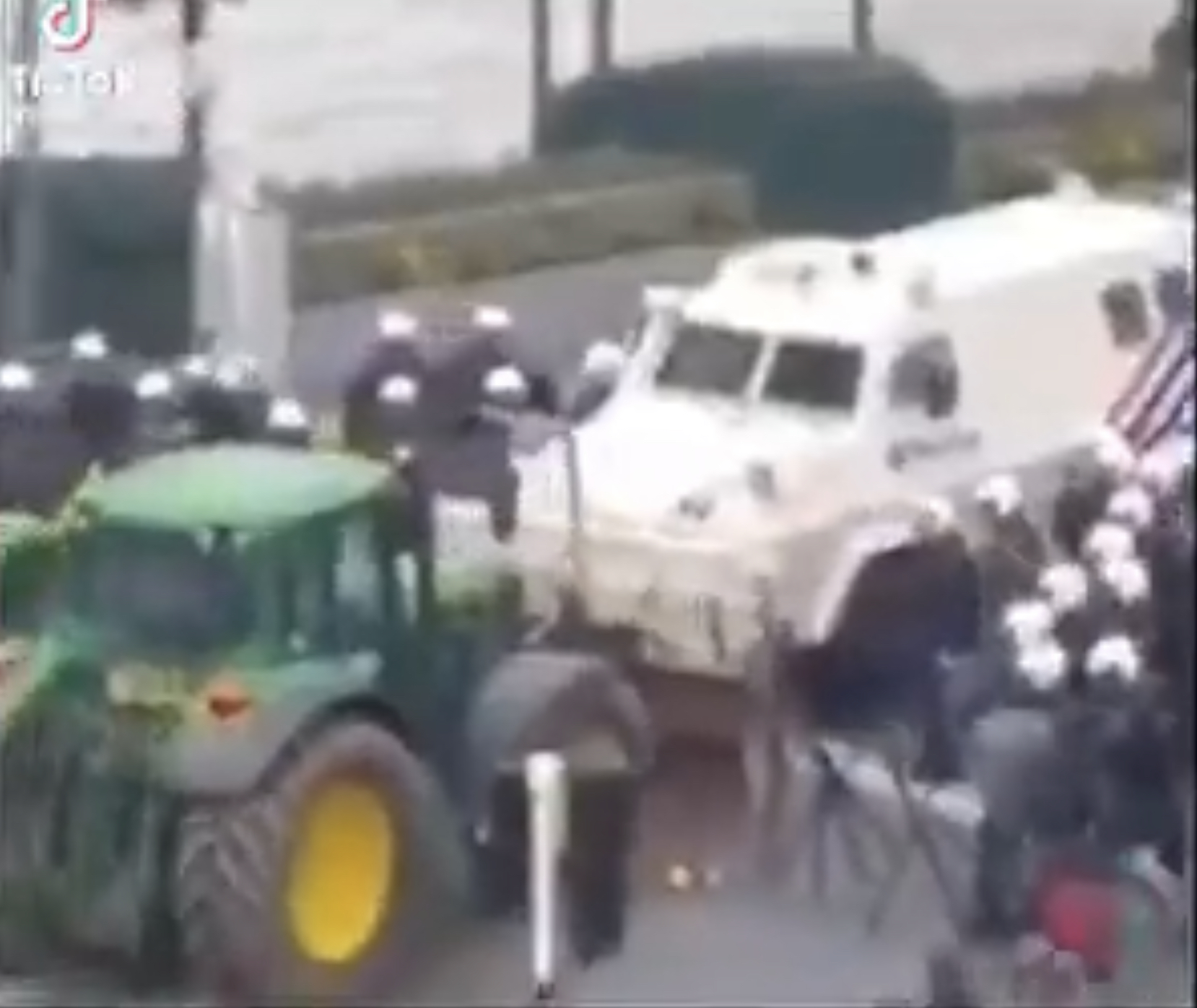