Almost one in two hens in our Sydney study had significant lead levels in their blood. Similarly, about half the eggs analysed contained lead at levels that may pose a health concern for consumers.

Even low levels of lead exposure are considered harmful to human health, including among other effects cardiovascular disease and decreased IQ and kidney function. Indeed, the World Health Organization has stated there is no safe level of lead exposure.

They’re cute, and when they grow up they’re delicious.

So how do you know whether this is a likely problem in the eggs you’re getting from backyard hens? It depends on lead levels in your soil, which vary across our cities.

We mapped the areas of high and low risk for hens and their eggs in our biggest cities — Sydney, Melbourne and Brisbane — and present these maps here.

Our research details lead poisoning of backyard chickens and explains what this means for urban gardening and food production. In older homes close to city centres, contaminated soils can greatly increase people’s exposure to lead through eating eggs from backyard hens.

Our data confirmed what we had anticipated from our analysis of more than 25,000 garden samples from Australia gardens collected via the VegeSafe program. Lead is the contaminant of most concern.

The amount of lead in the soil was significantly associated with lead concentrations in chicken blood and eggs. We found potential contamination from drinking water and commercial feed supplies in some samples but it is not a significant source of exposure.

It’s amazing how adrenochrome addicts get so triggered by the concept of ordinary, healthy people sourcing their own food.

These whackos even produced a video with slightly scary music.

I’m not the only one who noticed the crappy music.

Every aspect of this “research” is rubbish, a fabrication, utter drivel, and politically driven nonsense. For years, commercial farming was demonised in order to normalise veganism: 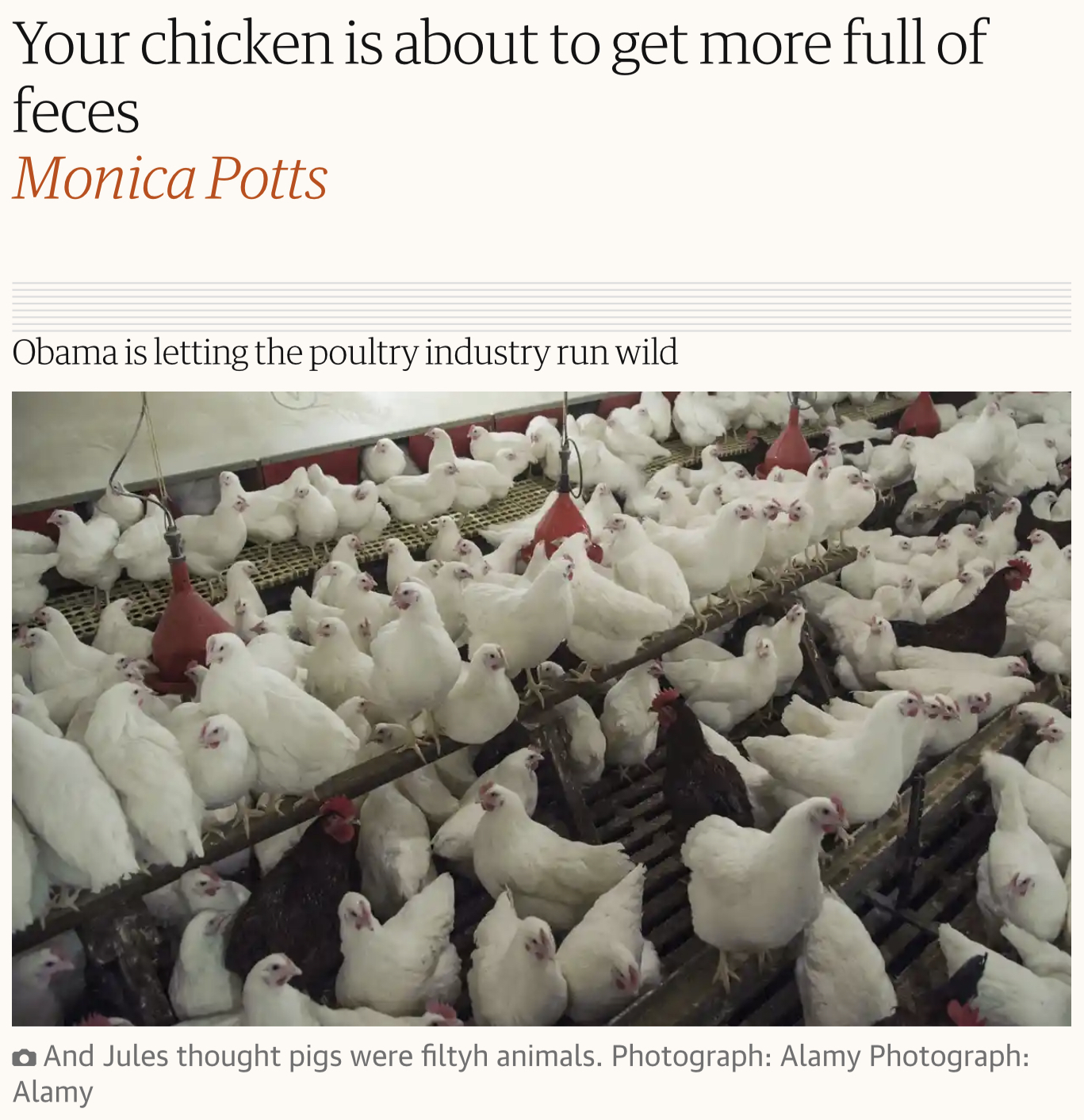 If you buy your chicken from the supermarket, here are a few things about its life that might make you less eager to eat it. As a chick, your chicken’s beak was cut off so that it wouldn’t attack other chickens in the overcrowded cage in which it was raised. Your chicken was fed so much grain so quickly – supplemented with antibiotics – that, by the time it was ready for slaughter at the age of five weeks, its breasts were swollen and disproportionately large, rendering it unable to walk. Once your chicken was slaughtered, it was tossed into a chlorinated bath or doused with other industrial-grade chemicals so that your chicken would reach you “clean”.

But “clean”, when it comes to meat, is a relative standard. Most chickens spend the bulk of their short lives covered or standing in feces (to say nothing of the conditions in which cows, pigs or even turkeys are raised), and the way in which they are dispatched in the modern era is so sordid that farm states are actually passing laws to keep you from ever bearing witness to the slaughter.

We are right to be suspicious, given the coordinated assault on food supply chains. Foot and mouth disease in Indonesia is conveniently threatening our entire livestock industry, while some mite in NSW has already caused a beelocaust.

In Victoria, legislation is being drafted to allow “authorised officers” the right to invade your property without a warrant and destroy your homegrown food on the grounds of biosecurity.

In America, a wave of fires in food packing and distribution centres and even barns is steadily eroding food security.

In the third world the model is being quietly honed, with Iran and Sri Lanka requiring citizens to use a digital ID to access food.

In combination with excess deaths from Covid “vaccines”, a drop in birthrates post-vaccine rollout and the prospect of World War 3 on the horizon, it is reasonable to conclude that globalists with a depopulation agenda are working to achieve their goal by the method of death by a thousand cuts.