Years ago when I started teaching piano I was told I should be careful about referring to the black keys as the black keys when teaching non-White kids. I was told that they were getting to an age when they were learning about or experiencing racism and some of them thought that their skin was dirty.

In the current year, it’s the White kids who are being made to feel that their skin is dirty.

This is heartbreaking. It’s child abuse:

Mum: “So we were just talking about Reconciliation Week, and what did you say Evie?”

Evie: “Mummy said that I was the White people and I didn’t want to.”

Mum: “Don’t want to be the White people?”

Evie: “And I want to be the brown skinned people.”

At this point, any normal person would pick up their daughter and give her a great big hug, tell her that there is nothing wrong with her, that the people who told her all that nonsense are lying and that they’re bad people who she shouldn’t listen to. The parent would then march into the kindergarten, give them an earful, threaten to sue and demand their money back.

Instead, the mother reinforced her daughter’s trauma:

Evie: “Yeah and the White people took everything away like children, babies.”

Mum: “Away from them, from the aboriginal people.”

Mum: “But now “reconciliation” is about making friends and trying to fix it, isn’t it?”

Evie: “Yeah but I’m still upset about that White skin.”

Notice the disgust with which the girl uses the word “White”. The three year old is disgusted by her own skin, she is disgusted by herself. Again, at this point, a normal person with empathy would understand what is going on and recognise that severe childhood trauma is being inflicted on their baby. Instead, anti-racism means internalising self hate from the earliest moments in life:

Mum: “Well we didn’t do it, it was the people before us, but I understand what you mean.”

This mother should lose custody and be thrown in prison. She is as culpable as the disgusting teachers who taught her this nonsense and the activists who decided it was necessary to inflict this trauma upon toddlers.

It took me several years to deprogram myself from the rubbish I was taught at university, and that was in my 20’s. I cannot imagine the psychological damage being inflicted on entire generations of White children from the moment they can speak, if not earlier.

It is axiomatic that if we are to follow Jesus’ commandment to love thy neighbour as thyself, we must first love ourselves. Yet this level of propaganda is designed to make us hate ourselves from birth, due simply to our very existence. White people will hate everybody, most of all ourselves even as we eliminate ourselves.

It’s a simple process. White children are programmed to hate their skin from their earliest memories, they are fed miscegenation and “ethnic ambiguity” propaganda 24/7, so when it comes time to reproduce, (if they even do) they will choose non-White partners.

These policies combined with mass immigration and economic factors restricting the White birthrate have led to White people becoming a minority in Australia. In America, the multiracial population has increased by 276% in the last decade alone.

Here we see the genius of the blood libel directed against Colonial Australia’s governments – that they wanted to breed aborigines out. White Australians are breeding themselves out, and everybody including ourselves is being convinced that we deserve it.

If you are a White kid reading this and you’re wondering just what the hell has been going on, why you’re so depressed and angry and why you don’t think there is any point in even going on, rest assured that there is nothing wrong with you, and your ancestors have a glorious history.

Your ancestors did not evolve accidentally from monkeys, they were created in the image of God and after their expulsion from the Garden of Eden they seeded literally every civilisation on the planet.

The original sin of the White man is a complete fabrication, designed to make us hate ourselves so we breed ourselves out.

Above all, Jesus loves you.

If you’re non-White or a White anti-White and you think XYZ News is a hate site, think again. I am not going to condescend to try to tell you we are all on the same team, we’re not, but nevertheless it is in your interests to support us.

Have you ever considered the possibility that if successive Australian governments have happily replaced their own people, they are even less likely to give a damn about you?

At best, Australia will be a “jurisdiction” whose residents are merely economic units. With no purpose, no unifying features, in an economic system which relies on mass immigration to keep the gears of industry churning, Australia will just be a jurisdiction in which each successive wave of mass migration replaces the featureless worker drones before it.

Furthermore, knowing our government is this evil, consider the following:

Have you considered the possibility that the the purpose of the Australian government is not to manage this “jurisdiction”, but to oversee its depopulation?

Perhaps all the fuss about eating bugs is meant as a distraction. They don’t intend for us to eat bugs, they intend for us to eat nothing. The dual purpose of immigrant populations in Australia was to maintain the illusion of economic growth while they replace Australia’s native Anglo population. Once the government decides you have served your purpose, they will have no more need for you. With no electricity and no fuel, many will starve, and a fallow Australia with plenty of coal and uranium still in the earth can be handed over to a future world government to be managed by a privileged few. 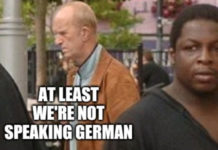