The Great Replacement is real:

More than half of all Australians are first or second-generation migrants, figures from the census have shown.

The results of the 2021 Census, released on Tuesday by the Australian Bureau of Statistics (ABS), showed 48.2 per cent of Australians have a parent born overseas, and 27.6 per cent were born outside Australia.

Meanwhile, the number of people who used a language other than English at home has increased by nearly 800,000, rising to over 5.5 million people.

The ABS said the data showed Australia is a “fast-changing, growing and culturally diverse nation”.

The 2021 Census counted 25,422,788 people in Australia, excluding overseas visitors, and provides insight on areas including cultural diversity, families and homes, and how the country changed during the pandemic.

From 2017 to 2021, over one million people (1,020,007) arrived in Australia, contributing to the proportion of residents who are either first or second-generation increasing to 51.5 per cent.

The second-largest increase in country of birth was Nepal, with an additional 67,752 people. According to the data, the population of Nepali-born Australian residents has more than doubled since 2016, with an increase of 123.7 per cent.

When it comes to ancestries, the top five reported followed previous trends with English, Australian, Irish, Scottish and Chinese being the top five most-reportied.

Considering all post-war immigration and the millions of “temporary” residents on their way to citizenship via the back door, is reasonable to assume that Australia is less that 50% White. In the big cities it is a sure bet.

More concerning is the remaining proportion of Real Australians in Australia. An Australian is by definition of Anglo, Saxon or Celtic stock, whose ancestors arrived pre-WW2. I’m talking old school, 5 generation-plus Aussies. When I was a kid in the 80’s that was basically everyone I knew. Now, you have to go searching for us, particularly within 10 km of most CBD’s.

Getting into the numbers, If 51.5 percent of people living in Australia are either first or second generation migrants, in addition to post-War migrants and temporary residents, what proportion of Australian residents are of unmixed, Real Australian stock? I shudder to ponder how few of us remain. 40 percent? 30 percent? In the cities it could be as low as 25 percent.

It remains incumbent on every pure blooded Australian to enquire of one’s potential wife or husband as to their family and (un)vaccination history, then reproduce at colonial era rates. 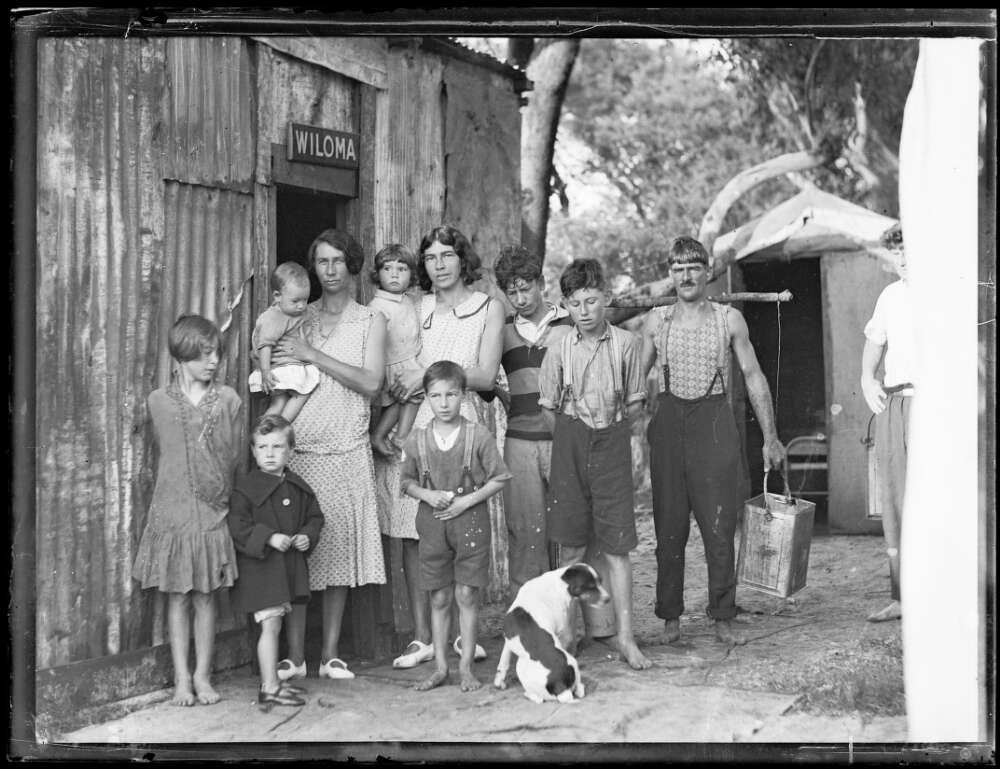 Our newfound status as a minority in our own land brings added bite to the words of slightly aboriginal Greens Senator Lidia Thorpe:

“You heard from Senator Price about not speaking on behalf of 700,000 people, well I agree with that, but it doesn’t mean that we can all come and have a group hug under a flag that represents dispossession, massacre and genocide.

“The colonial project came here and murdered our people well I’m sorry that we’re not happy about that.

“I’m sorry that this flag represents so much trauma for so many people, not all people but so many and they’re the people that I’m representing…

‘The flag does not represent me or my people. It represents the colonisation of these lands and it has no permission to be here. There has been no consent [from Indigenous people].’

Like all good psychopaths, even when it looks like she’s finally admitting the truth, she is still lying.

Every Australian nationalist organisation in the country is dedicated to peaceful activism and community building, yet state and federal governments are working to criminalise any pro-White activity and classify it as terrorism.

Thorpe herself has usurped the role of representing aboriginal people and is using them merely as pretext with which to complete the genocide of the Australian people. Every institution in the country, the government, the Lying Press, the education system, even sport and the arts are dedicated to demoralising Australians, convincing us that we have no culture, no identity, that we don’t exist, hoping we will breed ourselves out of existence.

Australia has no remaining industry to speak of, with an economic model reliant upon importing people from the third world to become debt serfs who take out lifelong mortgages on overpriced high rise apartments in the inner cities or homes in the far flung suburbs. This keeps our building industry on life support and maintains the illusion of economic growth so the government can con yet more non-Whites into immigrating here.

Thus my pitch to non-White and non-Anglo residents of Australia is not one of hate but of reason. If the government which brought you here treats the native inhabitants of this land with such disdain, what makes you think that once we are gone they will respect your cultural heritage which they purport to worship? In several generations you will not have no Italian or Greek or Indian or Lebanese or Peruvian heritage. Your grandchildren will have half a dozen cultural backgrounds between them, and half a dozen genders and sexual orientations to boot. They will have been brainwashed to believe you represent an era of bigotry and ignorance and any memory of your existence will be erased, just like the old school Aussies before you.

We are all better off fighting for our own people in our own lands. God knows we’re needed.

Australia is basically one giant genocide factory, churning people in, mixing them all together then sucking in more immigrants once its previous arrivals have burnt themselves out.

This is the New World Order Colonial Project which Lidia Thorpe represents. We can either fight for our own people in our own lands, or we all disappear.