Big crowds at the #ClimateStrike in Melbourne today! We are all here fighting for the future of our planet and people 💚 pic.twitter.com/oJkxtS92CP

The protests disrupted traffic and harmed small businesses in the CBD struggling to recover post-lockdown. They marched in support of terrorist group Blockade Australia who blockaded Port Botany in Sydney and threatened the home of Prime Minister Scott Morrison.

Clearly well organised, well connected and well funded, the environmental terrorists chose key logistics and transport nodes to blockade which they knew would disrupt Australia’s supply chains, at a time when high fuel costs and Covid restrictions are already threatening the food security of millions of Australians.

Thankfully at the small protests in Melbourne and Sydney there were plenty of police on hand to ensure the environmental extremists were not able to escalate their violence. 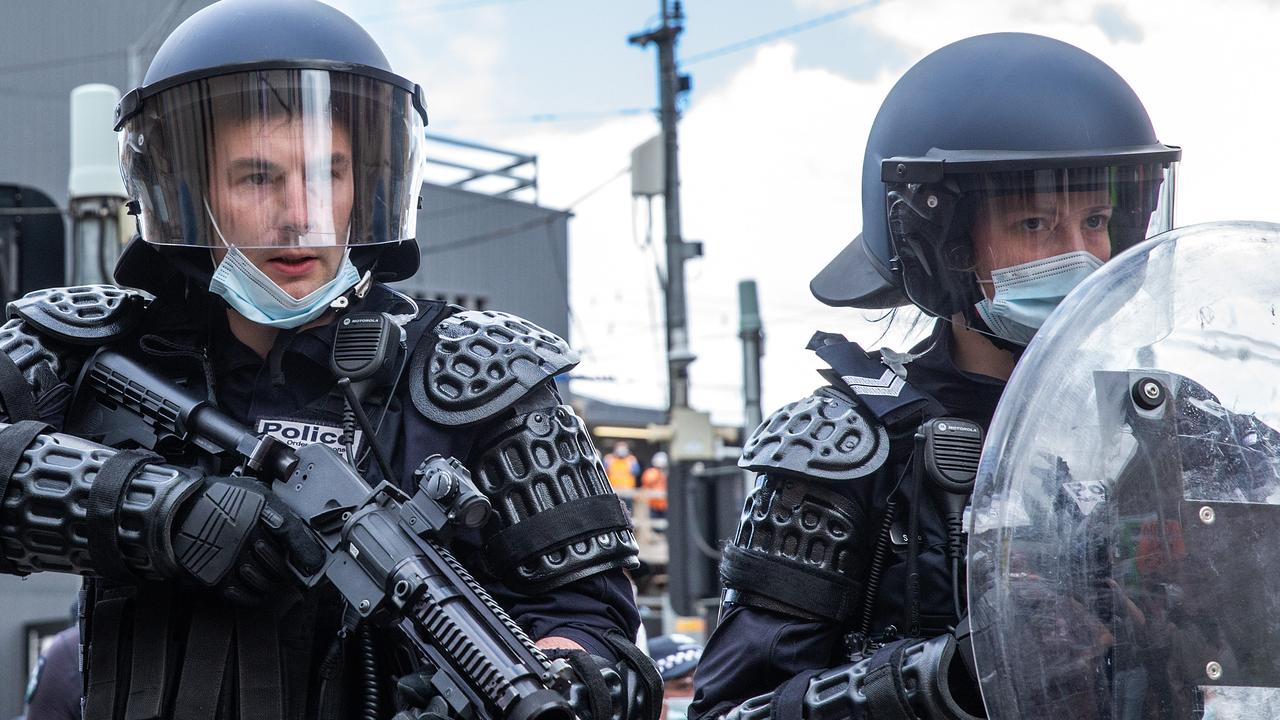 In Canada, police recently deployed cavalry to trample protesters at similar blockades. It is not known whether Canberra Policing was called upon to use mounted police or radiation weapons on the protesters, however XYZ News will keep readers updated on this situation.

It is well known that hardline Marxist operatives exploit climate hysteria to attract children for protest and activism roles, as the fanaticism of the movement produces high turnover. In particular, environmental groups are deeply infiltrated by Marxist terrorist groups such as Socialist Alternative and Antifa, who have long histories of violence in Australia and overseas.

XYZ News spoke with one school student, “Kelly” (her name has been changed to protect her anonymity) who is in year 12 and attended Friday’s protests:

“So, I am worried about climate change because I have been taught about it since I was in kindergarten. Once Covid was over I decided to get more active, to make a difference. I attended a few meetings and went to the “Climate Strike” on Friday, but the whole experience has made me uncomfortable.”

“Kelly” says she became increasingly concerned at what she felt were grooming tactics employed by the older organisers:

“At first, the people I met came across as people like me, you know, they said a lot about climate change and how global warming was going to mean Australia’s dams and rivers were going to run out of water, which culminated in the recent flooding in Queensland.

“But very quickly they started trying to get me interested in other causes – LGBT, trans stuff. It’s like they were trying to desensitise me to things, one guy even asked me if I had read Bakunin.”

However, that wasn’t the worst aspect of the grooming “Kelly” claims she received:

“I met a number of guys who were pretty creepy, but they were obvious creepy, so you can deal with that. It was the women who really creeped me out. They always seemed really interested in my love life, they would always ask me if I had a boyfriend or a girlfriend, it was always like the second or third thing they would bring up. They always seemed….. hopeful…. you know. It was weird.”

The experience has given “Kelly” a new perspective:

“To be honest, I don’t know if I even want to complete year 12 at this stage. It just seems like unnecessary stress. I just wanna be a Mum. I love kids.”