The normie interpretation of the Novak Djokovic fiasco is that Australia’s treatment of him has further diminished our international standing, and that Prime Minister Scott Morrison is scrambling to salvage what little of it remains:

In a sign of how high up the diplomatic chain the Djokovic matter has risen, Prime Minister Scott Morrison has spoken to Serbia’s Prime Minister, Ana Brnabić, after she requested a phone call.

In a statement, the Prime Minister’s Office said the conversation between the two leaders was constructive, and Mr Morrison insisted Australia’s travel restrictions were not discriminatory.

He also explained how Australia’s border policy had protected the nation during the COVID-19 pandemic.

According to Serbian media outlet RTS, Ms Brnabić also “asked that Novak Djokovic be treated fairly by the Australian authorities”. 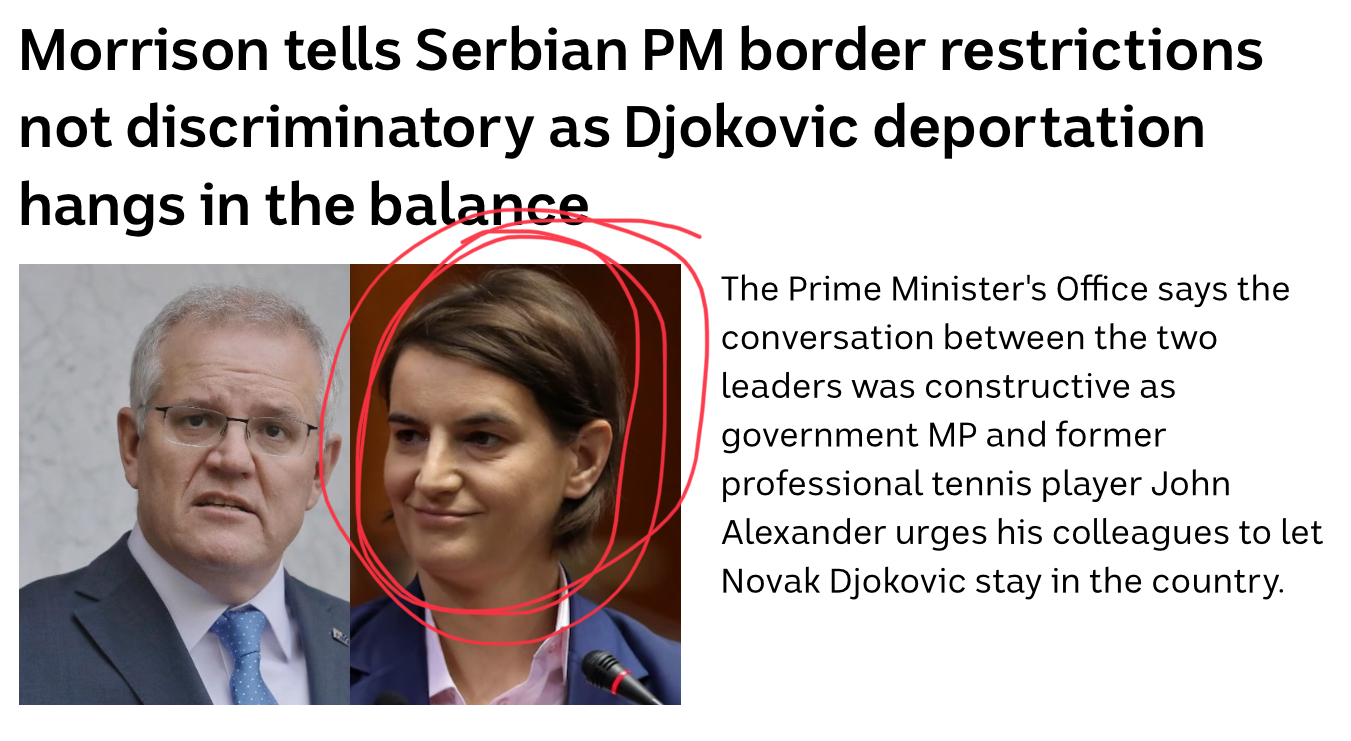 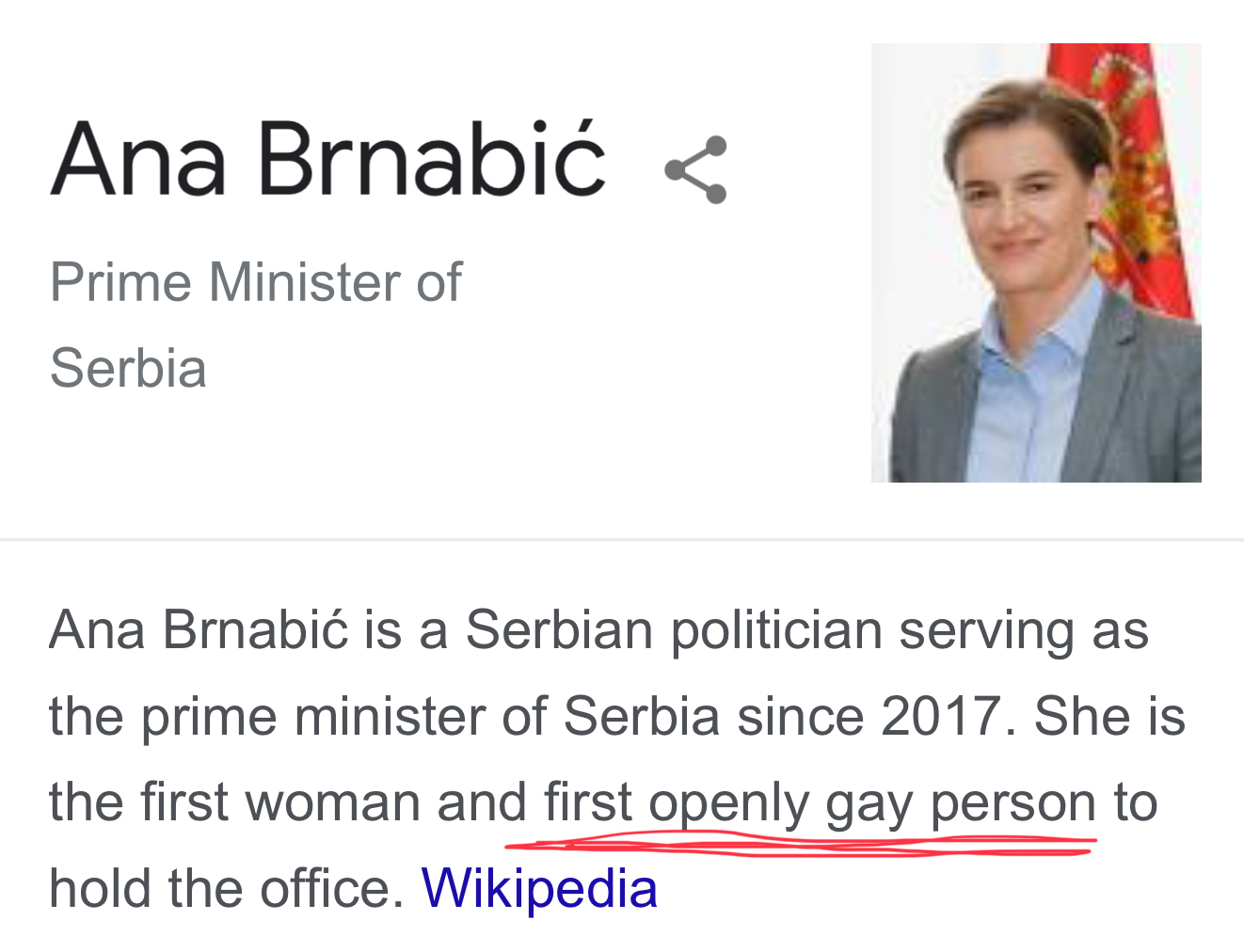 I have been living under the false impression that somehow Serbia is based, probably because every Serbian I have met has been stark raving bonkers. But they somehow managed to elect a reprobate as Prime Minister.

Serbia in the 1990’s looked like the West in the 2020’s. Foreigners were outbreeding them in their native land, so they took steps to remove them. Globohomo NATO stepped in to prevent the Serbs from taking their own country back, launching a bombing campaign upon the tiny country which lasted weeks while simultaneously pumping out the war crimes propaganda.

From what I understand of history, I think this might be entirely without precedent…

Back to that normie interpretation of the Novak Djokovic fiasco. The reputation of the Australian government has not been diminished in the slightest during the last two years. You might think that firing rubber bullets at unarmed peaceful protesters, forcing aborigines into quarantine against their will and treating the best tennis player in the world like a terrorist is bad optics.

The Australian government is demonstrating to its globalist masters that it will do everything it can to enforce Liberal Tyranny upon Australians. It doesn’t care who you are, there is no way in and no way out if you refuse to comply.

Like the Serbs, everybody used to assume that Aussies were based. But hey, we elected a gimp to lead us as well.