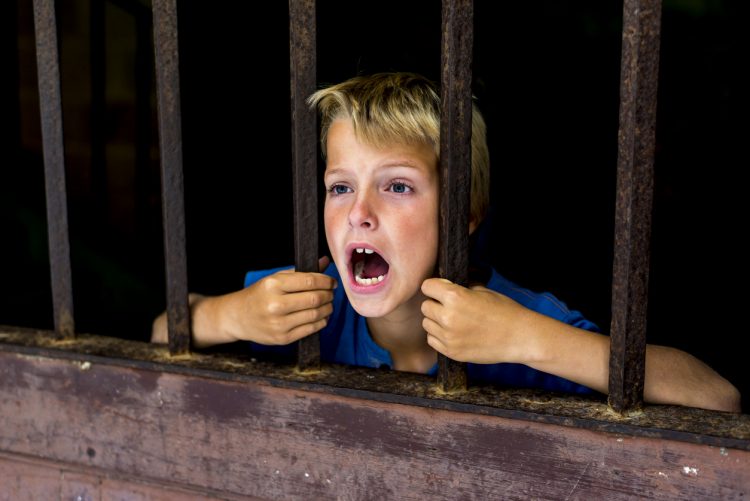 Yesterday The XYZ reported on the fact that international outlets are recoiling in horror at the totalitarian depths to which Australia has sunk. The South Australian government is “trialing” (ie honing) a system where people forced into home quarantine for Covid are texted randomly and have just 15 minutes to respond with a photo of themselves at home.

Both the Atlantic and Summit News are outraged. Now Andrew Anglin has put together a thoughtful analysis of the Atlantic’s piece.

“Liberals have pretty much taken the line that any form of tyrannical control is justified by the alleged coronavirus pandemic.

“However, some are now looking at Australia and having second thoughts as to whether this maybe goes a little bit too far…

“A recent piece in The Atlantic by Conor Friedersdorf is worth looking at, both because of the article itself, which contains a compact view of many of the details of the Australian lockdown (which we’ve been covering in endless individual news bits), and because it shows that even some liberals are starting to get nervous about where this is all headed…

“After explaining that everyone is locked inside the country indefinitely, he gives an account of the most heinous infringement thus far, which is the tracking app that turns your home into a prison.

Intrastate travel within Australia is also severely restricted. And the government of South Australia, one of the country’s six states, developed and is now testing an app as Orwellian as any in the free world to enforce its quarantine rules. People in South Australia will be forced to download an app that combines facial recognition and geolocation. The state will text them at random times, and thereafter they will have 15 minutes to take a picture of their face in the location where they are supposed to be. Should they fail, the local police department will be sent to follow up in person. “We don’t tell them how often or when, on a random basis they have to reply within 15 minutes,” Premier Steven Marshall explained. “I think every South Australian should feel pretty proud that we are the national pilot for the home-based quarantine app.”

“Then there is the curfew.

Other states also curtailed their citizens’ liberty in the name of safety. The state of Victoria announced a curfew and suspended its Parliament for key parts of the pandemic. “To put this in context, federal and state parliaments sat during both world wars and the Spanish Flu, and curfews have never been imposed,” the scholar John Lee observed in an article for the Brookings Institution. “In responding to a question about whether he had gone too far with respect to imposing a curfew (avoiding the question of why a curfew was needed when no other state had one), Victorian Premier Daniel Andrews replied: ‘it is not about human rights. It is about human life.’”

“That’s one of the most frightening statements imaginable, as it declares that any freedom can be suspended if it is believed by the government – or if the government simply claims to believe – that suspending this freedom can save lives.”

Anglin gets to the heart of the matter in highlighting this passage. The fact that the Australian government has been able to justify such an incredible level of control on the deliberately vague grounds of “keeping people safe” sets an extremely dangerous precedent. It can now effectively implement martial law to protect against even the mildest of “threats”.

Andrew Anglin shares The XYZ’s view that Australia is a testing ground for the globalists:

”You should ask…whether even if the initial actions were taken innocently, whether or not a militarized police state can ever maintain its innocence, or if such a system appeals to the worst instincts of man, and can quickly spiral into something very dark.

”I have consistently asserted that everything that is happening in Australia is going to eventually be implemented in Europe and America, so I would very much think it would make sense to be having this conversation about Australia before that happens.”

Just as the globalists will learn from the Australian experiment, so too can our allies overseas. Again echoing the thoughts of The XYZ, Anglin recommends non-compliance and being prepared to make sacrifices:

“The only way a popular sentiment against this regime could be expressed is through non-cooperation, which, as we’ve seen from the response to protests, requires people to go out and be beaten in the street, arrested, fined, and potentially imprisoned by the militarized police state.”

Effectively unpersoned after the Charlottesville protest, Anglin correctly predicted that what happened to him would eventually make its way through the rest of society. My own approach to mass censorship is to take it as a given. Of course our enemy, who has been replacing White people for decades and who has now escalated to outright global depopulation, is going to make sure it controls battlefield communications.

Keep hammering the message on the lines of communication which are still open, and be prepared to move over to new platforms as soon as the current ones are silenced. Above all be staunch, pray, and understand that victory can only be achieved through great sacrifice.