The South Australian government has effectively declared itself a terrorist entity, launching pre-dawn, no-knock raids on members of peaceful political activist organisation NSN. In a series of videos which you can view at Telegram and below, Thomas Sewell has outlined the facts regarding the matter.

This indicates a dramatic escalation by state or federal authorities against ordinary Australians who just want their country back. NSN is a peaceful nationalist organisation which engages in peaceful political activism, has committed no crime and explicitly disavows terrorism. Its members regularly disseminate publicity material in their local communities: 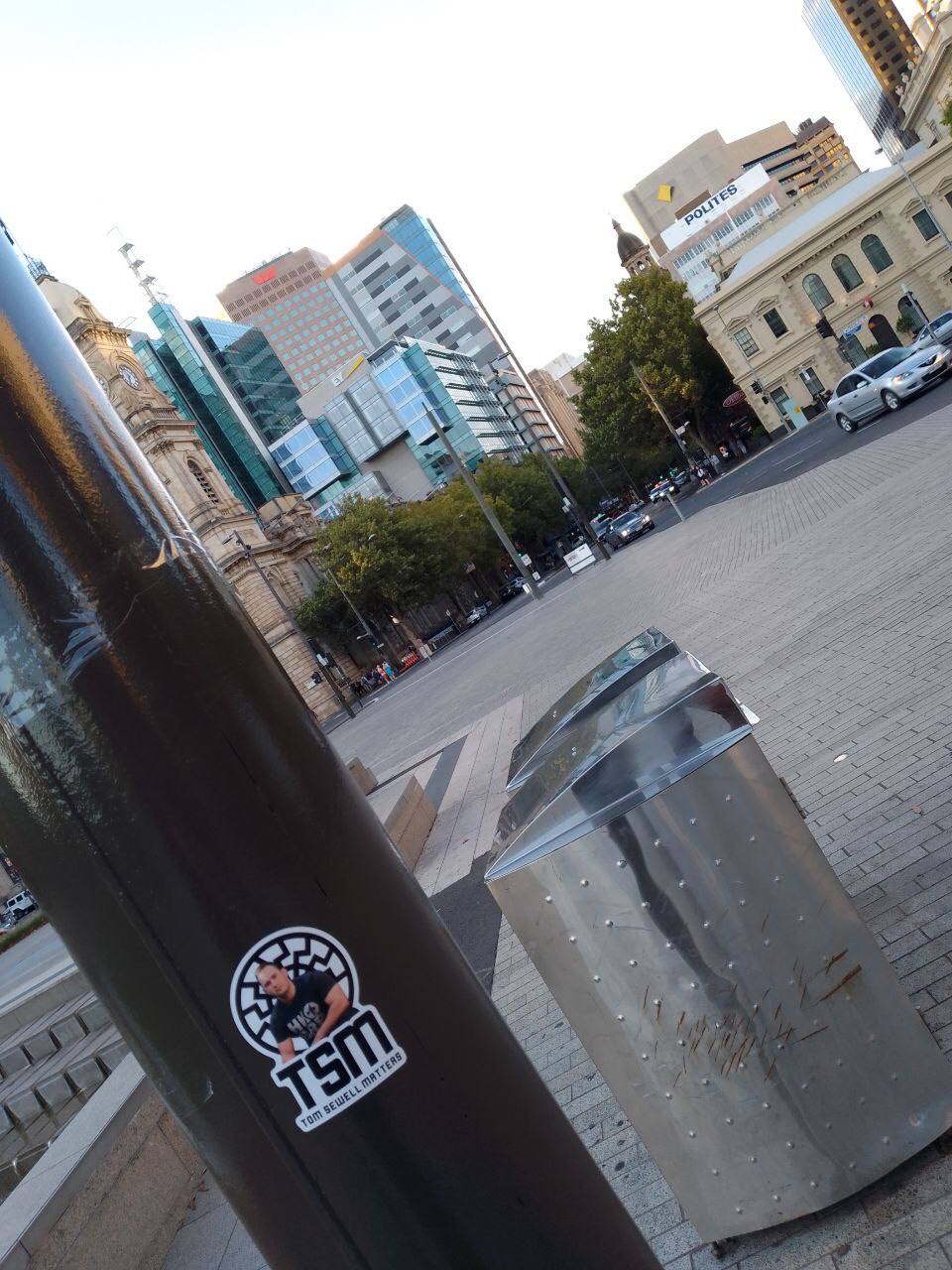 These raids are also believed to be the first time pre-dawn, no-knock raids have been used against a peaceful political organisation in Australia, thus the first time this level of police conduct has been wielded against members of the Australian public purely for their political views.

Immense pressure is being exerted on the Australian federal government to change the law in order to make the legal activities of NSN illegal, highlighted by a deluge of poorly researched and subjective hit pieces in the Lying Press over the last two years and culminating in the so-called “Inquiry into Extremist Movements and Radicalism in Australia”. Three of the 11 members of the Inquiry are jews, and a further 5 have disturbingly close ties to Israel and/or jewish groups operating in Australia. This indicates that decision making on the Inquiry is being driven by agents of a foreign power rather than by Australians, for Australians.

Correspondence viewed by The XYZ indicates that submissions made by nationalists to the inquiry will taken into account but not be published, and Thomas Sewell has indicated that a submission by his own organisation has not even been acknowledged.

“He also claims that police seized electronic devices and “political material” during the searches.

“Sewell falsely claims that there is no definition of extremist material, a legal term that’s defined as including material that directly or indirectly encourages, glorifies, promotes or condones terrorist acts.”

This is despite the fact that as stated, NSN explicitly disavows terrorism. Last month, Thomas Sewell used legal force against a security guard who assaulted his cameraman outside a Channel 9 studio. Recently, NSN has been the subject of blatant lies by Israeli spy Dvir Abramovich, who claims that an April Fool prank encouraged members to “rape” jewish women in Melbourne’s inner south, when the prank explicitly warned against rape: 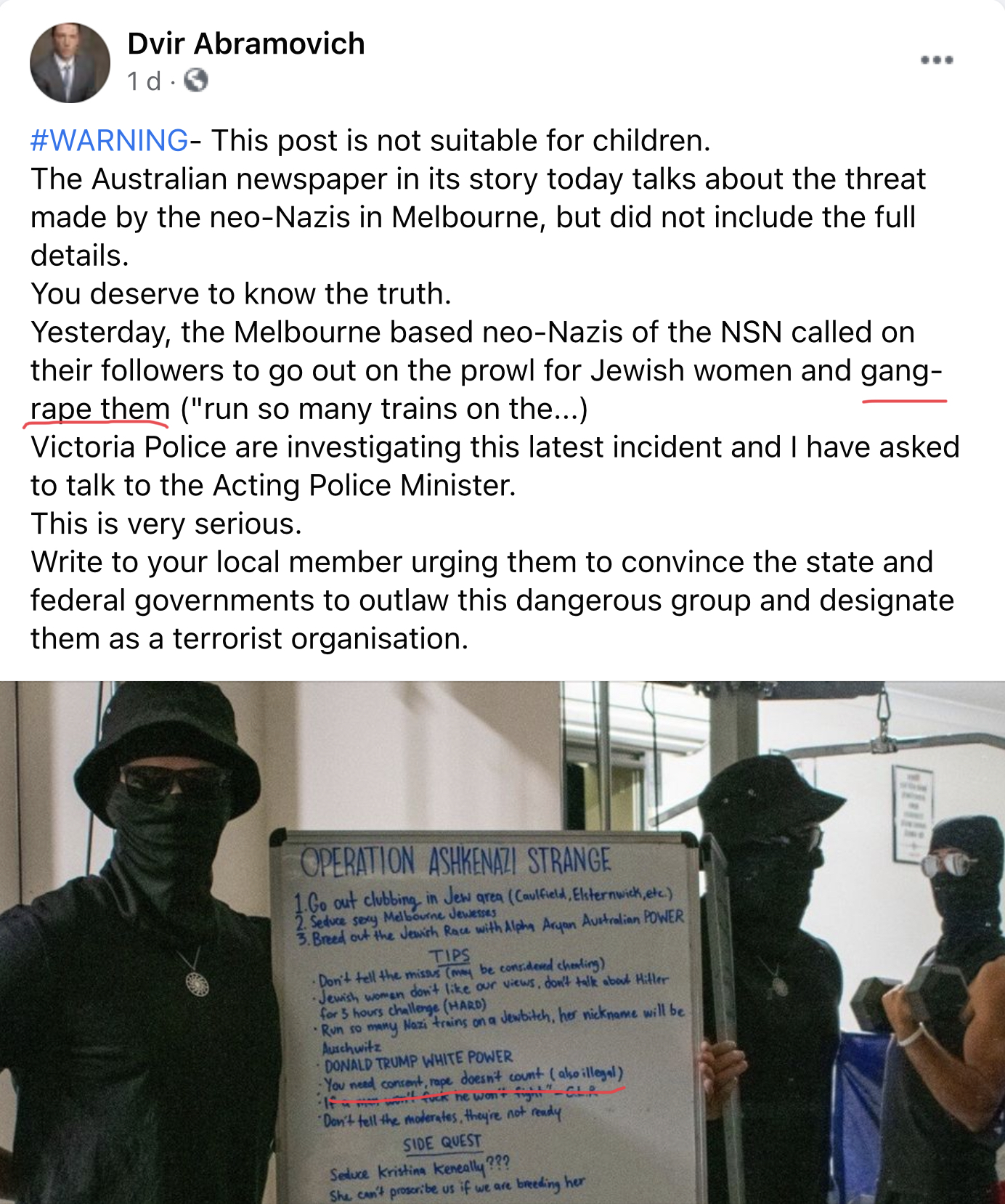 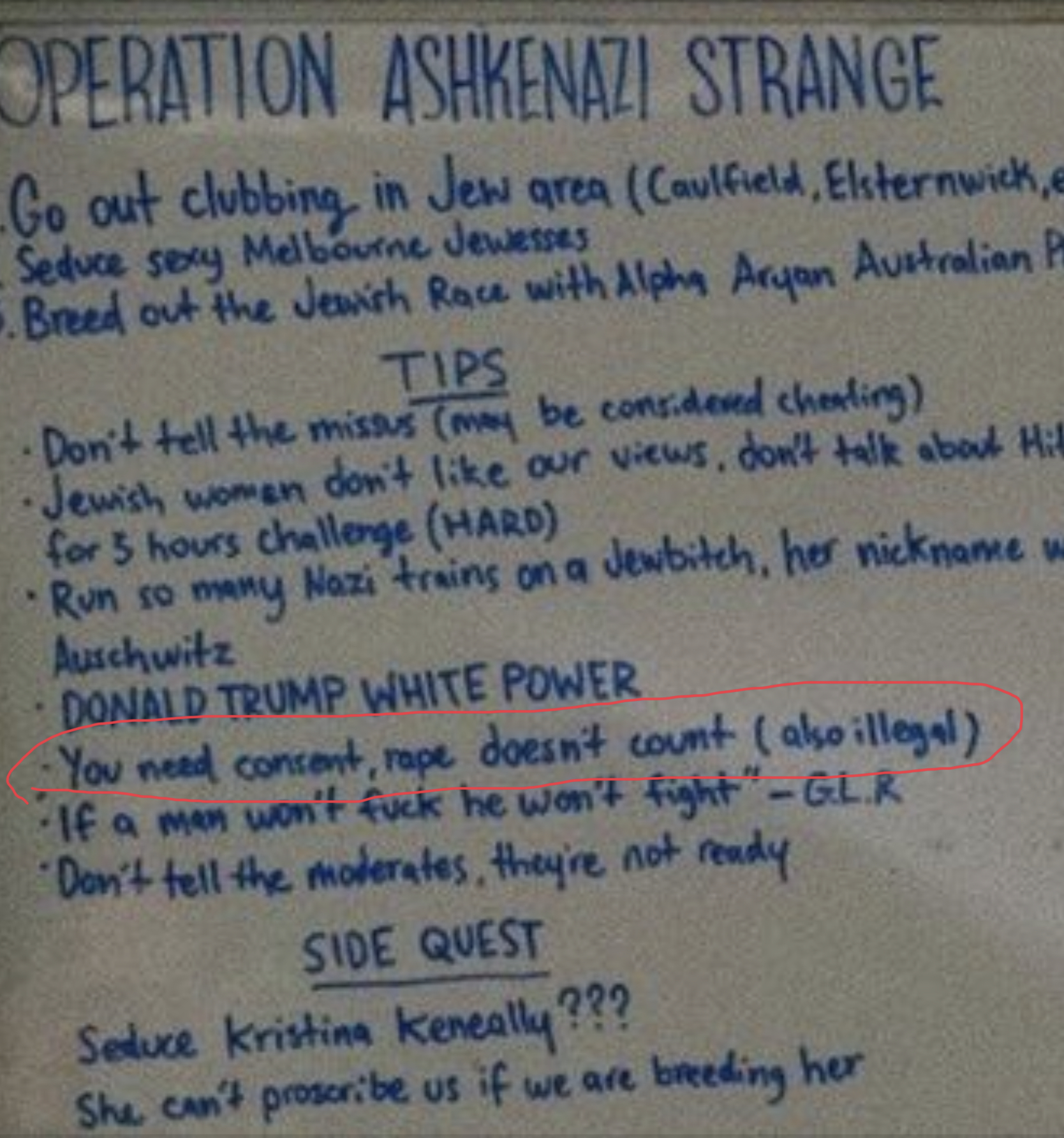 These lies have since been repeated in the Herald Sun newspaper, which conveniently blurred out the photo of the whiteboard so the contradictory evidence could not be seen by its readers. 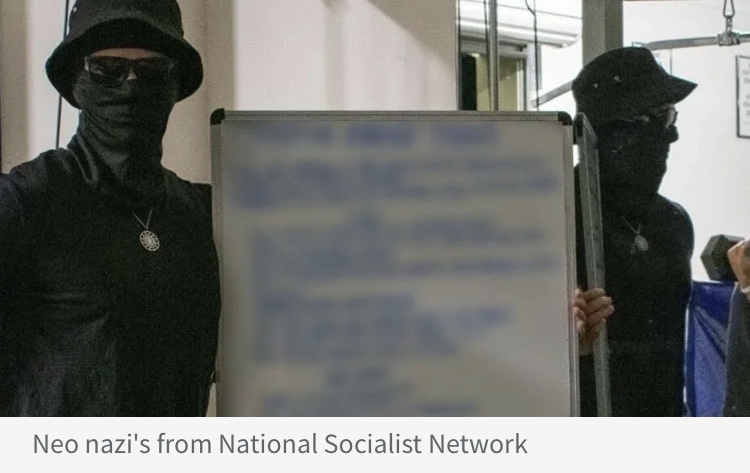 It is unclear whether legal action is being planned against either Abramovich or the Herald Sun in response to these false allegations.