The Chinese government has a media mouthpiece which transmits its propaganda directly to the world. I wish we had something like that – a government dedicated to securing the existence of our people, and committed to maintaining homegrown media, free of subversion.

They had a crack at Australia again.

#Opinion: The world is increasingly aware that forming aggressive alliances is outdated. Countries who insist on following the US’ baton to confront China have to know that it is they who place themselves in an awkward position. https://t.co/8a3Wd4rFDx

This barb has been delivered in the context of mounting tensions between Australia and China after the Australian government supported calls for an inquiry into the origin of the China Virus. Grassroots anger at the Chinese government culminated in this magnificent street theatre outside the Chinese embassy earlier this year.

A trade war is brewing as the CCP steadily escalates bureaucratic delays, tariffs and import bans on Australian goods, while skilfully baiting Australia with accusations of so-called “racism”. The latter has been extremely effective because it exploits the weakness created by our government and the dominant ideology infecting the West – liberalism. We all know China is one of the most “racist” countries on the planet. 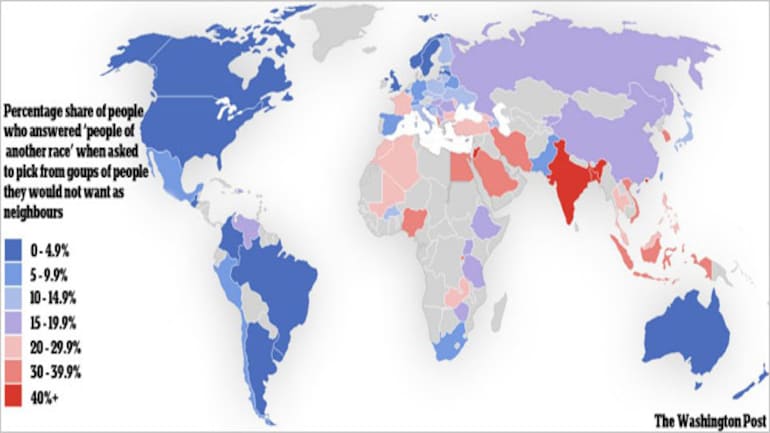 Objectively, this is a good thing for China. It has no Holocaust Guilt, thus its government is not attempting to replace the Chinese people with foreigners. The Chinese people themselves make sure that the few foreigners who dwell in China know their place.

Reckon there’ll be a BLM riot in China? pic.twitter.com/btMeoucPtn

But because the most important thing to be in Australia is anti-racist, because holocaust, any accusation of so-called “racism” must be met with howls of protest, and long tomes explaining that we are not “racist”, that we have come a long way, at least compared to the hypocritical Chinese government which is irredeemably “racist”.

This merely plays into Chinese hands, as so-called “racism” is merely the immune system of a country. In-group preference ensure that a people, a nation, looks out for each other and guard against foreign enemies and foreign subversion, and ostracises anybody within our nation who is not for our nation.

For example, the natural response to a police station raising a foreign flag in celebration of the Chinese Communist Party’s rise to power is to deliver a blistering speech denouncing the CCP, the Chinese occupation of Australia and our treacherous leadership which has acquiesced to it.

Instead, the Australian government recently was at pains to reassure the 1-2 million Chinese occupying Australia that our government sees them as loyal Australians and holds no animosity towards them. This is so stupid. The Chinese people don’t buy this multicultural nonsense for a second. They practice in-group preference toward each other and when push comes to shove, they will support China, not Australia.

Thus when the Chinese government accuses Australia of “racism”, the response it triggers only weakens us further. Our racial unity and blood purity is further diminished in our desperate attempt to prove that we are not “racist”.

In doing so we play right into the CCP’s hands.

This is the context in which the CCP mouthpiece published this image of an Aussie SAS trooper holding a knife to a muslim child’s throat. 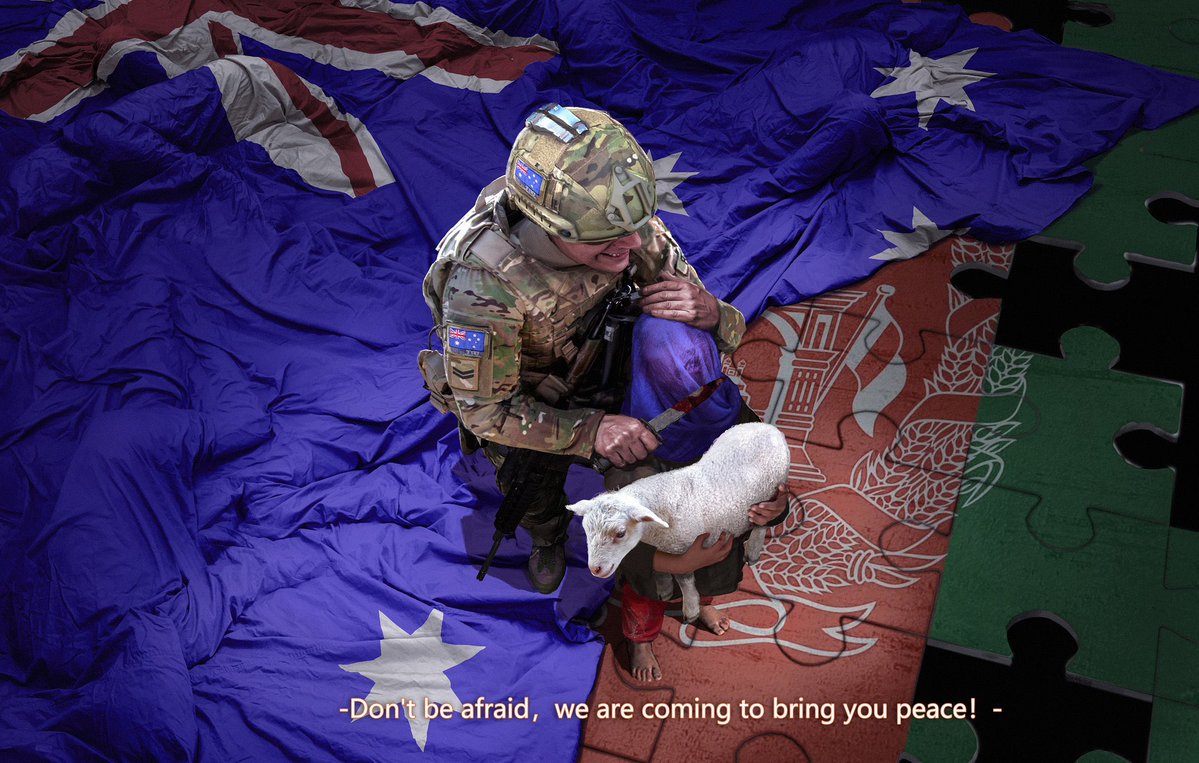 The CCP knows how to deal with muslims. It is quite rightly imprisoning and reeducating its Uighur population en masse. In contrast, the Australian government is holding a kangaroo court for our toughest, bravest soldiers who were sent to fight actual muslim terrorists after Israel did 9/11.

To reiterate, the Australian government is deliberately weakening the most important part of our military at a time when tensions are rising with the most populous country in the world, and our key ally is on the verge of civil war. It’s inexcusable.

It makes perfect sense for the CCP to exploit these self inflicted wounds and to inflame division in Australia regarding the American alliance.

But this all begs a question.

Australia rightly follows America’s lead at every turn. If not for the protection of the British Empire before WW2 and the American Empire after, Australia would not have been able to maintain itself as an Anglo-Celtic nation for so long, at least until our government betrayed us and started replacing us.

But who controls America? 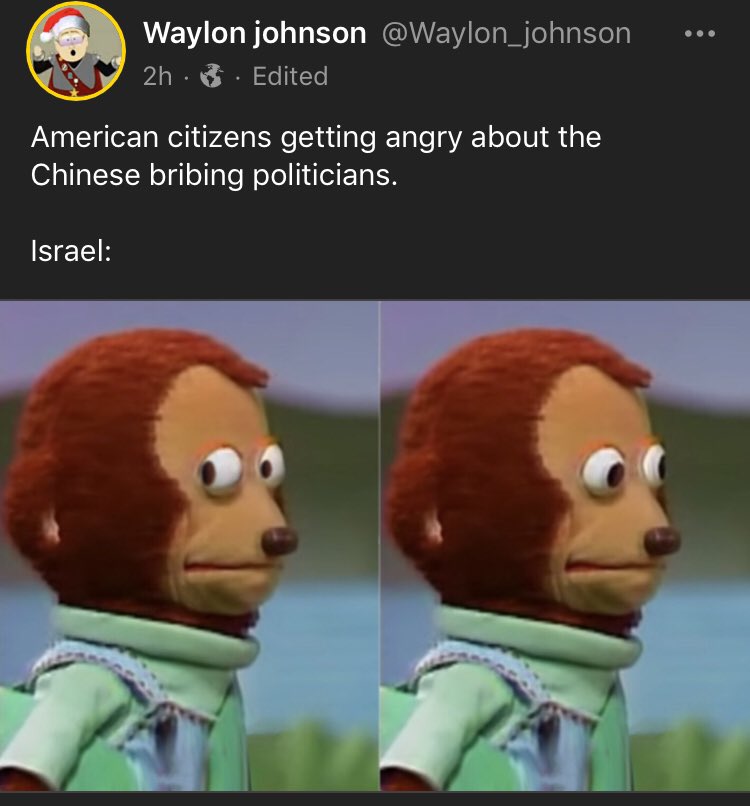 America is controlled by a people who rule the world through debt and are currently attempting to drive us all back into serfdom, using the coronavirus as an excuse to implement The Great Reset. These are the people who have reframed the narrative of a war in which 50 million Aryans slaughtered each other to be all about a few hundred thousand dead communists and typhus victims. They control all the information we receive about current events, and they are inverting our glorious history into a non-stop litany of horrors, using it to justify why we must be replaced, ie genocided, through population control, miscegenation and mass immigration.

You can understand why even the Chinese are wary of them. Unlike us, they have a long historical memory, zero Holocaust Guilt and a realistic view of the world and group behaviour.

Asha Logos is working to restore this historical memory to the West. This video explores how Jewish influence in Visigothic Spain grew in the 600’s. Puppet rulers tore down the walls of Spanish cities and confiscated weapons. The banker class invited the Moors into Spain, literally opened the gates of major cities to them, and were entrusted with garrisoning conquered cities so muslim armies could assail the next one.

The Chinese are actually wise to stay silent on the JQ. If they were to point out the true power ruling the West, they would redpill the masses. We would promptly expel the subversive element, quash Liberalism in all its forms, immediately cease immigration and repatriate foreigners. We would stand united again for the first time in decades. We’d be unstoppable.