Taxation is theft, and charging people money for a service that their taxes are supposed to pay for is double theft. If there is a group of violent extremists who threaten violence or inflict violence upon you every time you express your views in public, and you are charged without your consent for protection from said terrorists, this is called extortion.

In the communist state of Victoria, the organisers of the Milo Yiannopoulos speaking event in Melbourne in December 2017 and the Stefan Molyneux and Lauren Southern speaking event in July 2018 were extorted by the government of Daniel “Dick Ears Dan” Andrews.

But where there are communists, there are always freedom fighters. Axiomatic Events, who organised the Molyneux and Southern tour, have announced their refusal to bend the knee via the following press release: 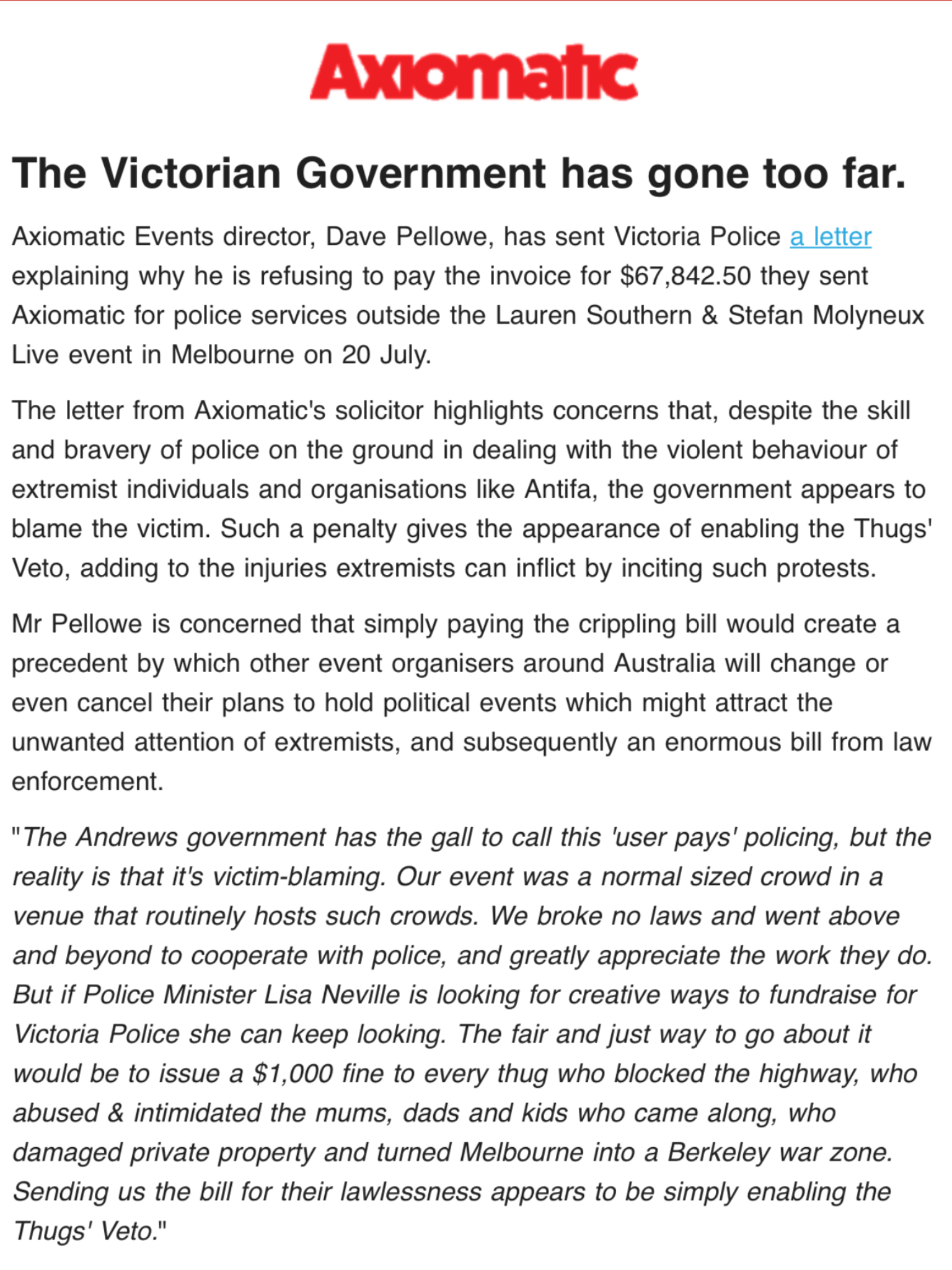 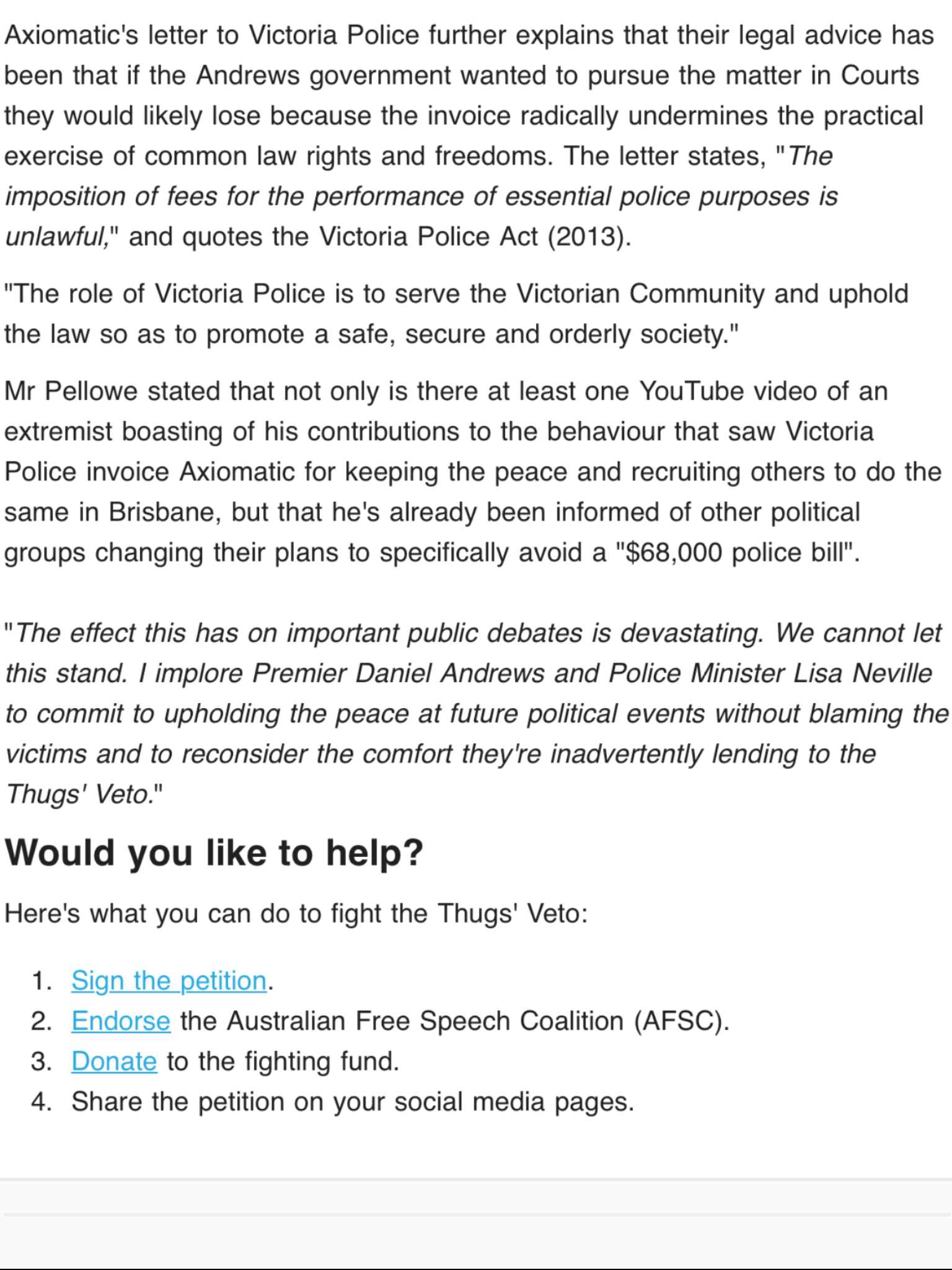 The key point is this:

“The Andrews government has the gall to call this ‘user pays’ policing, but the reality is that it’s victim-blaming. Our event was a normal sized crowd in a venue that routinely hosts such crowds. We broke no laws and went above and beyond to cooperate with police, and greatly appreciate the work they do. But if Police Minister Lisa Neville is looking for creative ways to fundraise for Victoria Police she can keep looking. The fair and just way to go about it would be to issue a $1,000 fine to every thug who blocked the highway, who abused & intimidated the mums, dads and kids who came along, who damaged private property and turned Melbourne into a Berkeley war zone. Sending us the bill for their lawlessness appears to be simply enabling the Thugs’ Veto.“

The Thugs’ Veto is extortion.

This action by Axiomatic Events is vital, as we must challenge the legal precedent which would be set if conservative speakers were forced to pay for their own protection. Furthermore, as there are a number of conservative speakers schedule to visit Australia in coming months, including Nigel Farage, Gavin McInnes, Ann Coulter and the return of Milo Yiannopoulos, challenging this extortion now is essential if free speech is to remain actually free.

The current state of affairs in Victoria, is that Antifa and the ironically named Campaign Against Racism and Fascism (CARF) are essentially a paramilitary enforcement brigade of the communist Labor government’s protection racket and the Cultural Marxist status quo: Anybody who speaks out publicly against this status quo is threatened with violence or assaulted, and extorted for the privilege. Antifa are agents of the state.

Still not convinced? Think about what would happen if the police didn’t show up.

It would only happen once.

To fight the Thugs’ Veto, you can sign the petition here.