A couple of weeks ago my article on Senator Anning’s maiden speech to parliament was cross-posted over at XYZ magazine. In response to the Senator’s statement for a popular vote on the matter of immigration, I had this to say:

“We are also in complete support of the Senator’s proposal for a popular vote on the matter, as long as voting is restricted to those born in Australia to white Anglo-Saxon parentage going back at least three generations.”

To my great pleasure someone left the following comment:

“Huh? Three generations? Anglo-Saxon?? Strictly speaking, Anglo-Saxons refers to only people from Britain, so Scottish and Irish don’t count. You know your proposal would exclude a lot of Europeans and their descendants who migrated post WW2? A lot of Greeks, Dutch, Italians, Polish, Irish, Scottish and more recent arrivals from Serbia, Croatia, the Balkans, Eastern Europe would be caught by your rule. And what of the Jews eh? I’ve met and made friends with plenty of young patriotic Aussies of various non-Anglo-Saxon European extracts and are only second generation as their parents migrated in the least 20 to 40 years. Also what of people of mixed Anglo-Saxon and something else heritage? Will they be excluded from voting?”

I love this comment as it neatly sums up all that is inherently wrong with our “great” multicultural experiment in Australia, an experiment upon which the Australian people were never consulted.

“Strictly speaking, Anglo-Saxons refers to only people from Britain, so Scottish and Irish don’t count.”

My bad. Allow me then to redefine the parameters that I originally set out. All persons from Great Britain, that is the Great Britain of Anglo and Celt stock that sent its undesirables down to this Great Southern Land.

“You know your proposal would exclude a lot of Europeans and their descendants who migrated post WW2? A lot of Greeks, Dutch, Italians, Polish, Irish, Scottish and more recent arrivals from Serbia, Croatia, the Balkans, Eastern Europe would be caught by your rule.”

Precisely. All of those nationalities mentioned plus many more are not Australian. They are Greek, or Dutch, or Italian, or whatever else they may be. The term Greek-Australian along with all others of its ilk is nonsensical. A Greek can no more be Australian than an Australian can be Greek. As an Australian I lived and worked in Italy for over 10 years. I speak the language fluently, but the idea that I could declare myself to be an Italian is positively ludicrous.

Perhaps our commenter feels that these nationalities deserve to be Australian because they are of white stock. By that token a person of Nigerian extraction deserves to be an Ethiopian as well. Or perhaps a Chinese person deserves to be Japanese, (hint – that would go down like AIDS in a gay bar.)

This is why the idea of white supremacy or white nationalism is ridiculous. It makes as much sense as Asian nationalism which makes exactly no sense at all. I am an Australian nationalist. My country was built by our forefathers for their progeny but our elected representatives have spent the last 60 years giving it away to the rest of the world on an ever increasing scale, a scale that has gained an almost unstoppable momentum all of its own. As was planned and intended.

This is Helen Kapalos, chairman of the Victorian Multicultural Commission. 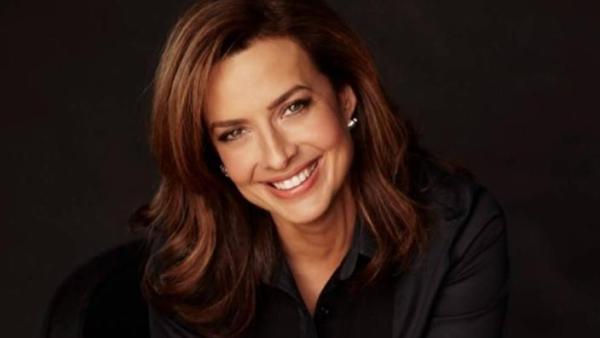 A couple of years ago in Melbourne I had the displeasure to attend a business breakfast where she was the guest speaker. Born and raised in Australia, she spent almost her entire speech proudly declaring how much at home she felt when she first visited her native Greece, a view which she repeated in this interview:

“But Helen herself wouldn’t see Greece until she was 18, when it entered her life in a kaleidoscope of love and colour. She formed an instant connection with relatives she’d never met before.

“It reconciled a part of our identity, it gave us a stronger sense of who we were, and our place in the world.” she said.

Of course it did because this interloper’s place in the world is Greece, not Australia. Unlike the immigrants who came to Australian before WWII, subsequent arrivals have not had to assimilate to the same extent, a process which became weaker over time and which now does not exist at all.

Helen travels to Greece every year, and the nation’s hardships haven’t gone unnoticed.

I wonder how she would feel if her native Greece that she holds so dear was overrun by foreigners? It’s one thing to have your spirit broken due to calamitous economic events. It’s another thing entirely to not exist as a nation in its own right anymore.

Here is the honor role for HMAS Sydney, lost with all hands in WWII. The vast majority of the names are of British origin. Because that is what our country was. Those are the men who fought and died for Australia. Men called Smith, and Hill, and Andrews.

The traitors who implemented the multicultural policy did so with the knowledge that they had to go too far to make it work. They had to bring in so many foreigners that being someone other than a descendant of a native Britisher would become the norm. In this way they knew that ordinary Australians would grow up to accept the gross cultural injustice which was perpetrated upon them as being perfectly acceptable. And in this way it would be impossible to reverse.

Nothing is impossible. But the longer it continues then the worse will be the butcher’s bill.

There are a few foreign names on the honor list for HMAS Sydney. Schmidt and Schultz stand out for whom they were fighting against. A nation can always absorb a very small number of immigrants. Such an activity is advantageous as long as those permitted to join are of a similar ethnic background. Such was the case in Australia up until the early 1950s when the floodgates were opened.

On consideration I am against the idea of a popular vote on the matter. The reason is that the left will seek at all costs to demonise anyone campaigning for what they consider to be the wrong side, exactly as they did with the gay marriage vote. Furthermore, if the left lose then they will feel no obligation to uphold their side of the agreement and the right will be too weak to make them stick by it. But a win to the left would see the reverse of the situation. Heads I win, tails you lose.

What about them? They have their own nation now. Time for them, and for many others, to go back.