The definition of “conservative” is to surrender every cultural battle while sending your government bankrupt at a slightly slower rate than the socialist party:

The Aboriginal flag — which has been flown on Sydney Harbour Bridge as part of NAIDOC Week celebrations — will permanently replace the New South Wales flag.

However, public backlash about the cost of the project has prompted NSW Premier Dominic Perrottet to reconsider and, instead, make the temporary NAIDOC flag arrangement a permanent one.

Indigenous leaders labelled the debate over the flagpole project “a joke” and said it was being used to divide people.

On the contrary, one has to wonder whether the ridiculous $25 million price tag was a red herring to help the NSW Liberal Party look fiscally responsible while engaging in cultural genocide:

Metropolitan Local Aboriginal Land Council chief executive Nathan Moran welcomed the decision and said it had been 20 years of campaigning to successive governments to get this result.

“They know how to make an argument in an empty house, creating such a long, protracted battle over a flag,” he said. “I’m glad it’s resolved.”

“We had been advised, back in 2014 with Mike Baird, that there was an issue around putting up a new pole,” he said.

“We always wondered whether it could be a case of replacing either the Australian or the New South Wales flag with the Blackfella flag.”

A spokesman for Mr Perrottet’s office said the government would erect a NSW flag as part of its Macquarie Street East precinct redevelopment.

Symbolism matters. The NSW flag is banished to some out of the way precinct, while Australia’s most iconic architectural structure bears the aboriginal flag, flying in equal importance to the Australian flag. The Sydney Harbour Bridge can be considered the entrance to Australia. 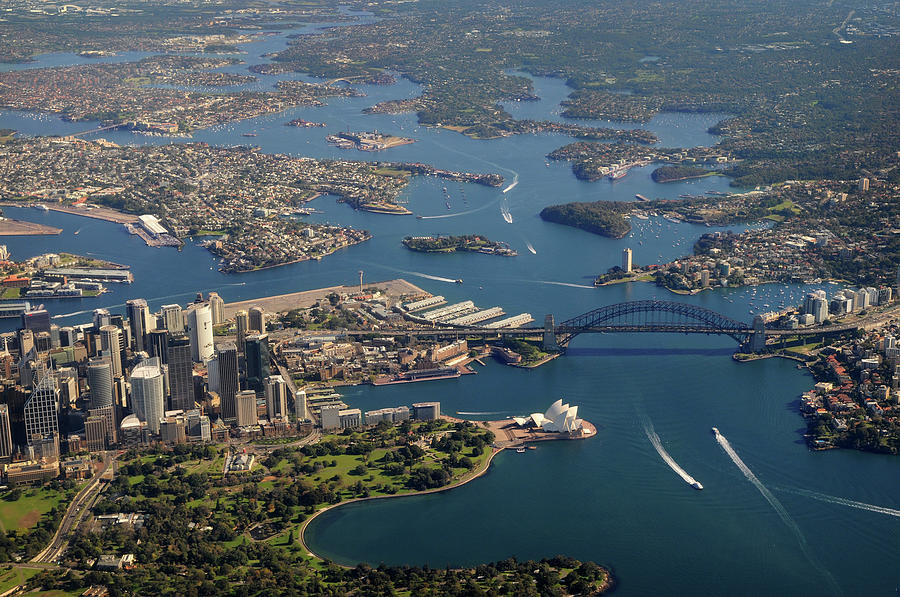 A flag denotes ownership. Cross the threshold of the Sydney Harbour Bridge and in the words of Adam Goodes, just remember whose land you’re on: 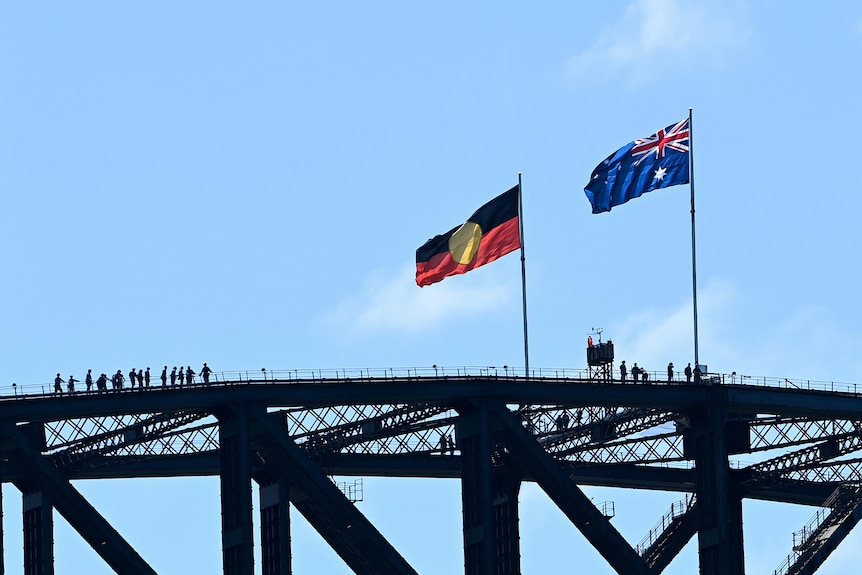 This is absolutely, 100% deliberate. Similarly, the Victorian government has decided to practically give the city of Melbourne away by removing the Victorian State flag:

The Andrews Labor Government will fly the Aboriginal flag permanently atop the West Gate Bridge, acknowledging its importance as a symbol of unity, identity and resilience for First Peoples across Victoria.

Since 2019, the Aboriginal and Torres Strait Islander flags have flown on a rotational basis on the West Gate Bridge during Reconciliation and NAIDOC weeks. At the end of this year’s NAIDOC week – the final day being this Sunday 10 July – the Aboriginal Flag will remain in place on the bridge.

The NSW and Victorian State flags matter. The former was adopted for use in 1876, the latter in 1870, and their histories precede their official use. They represent an important era of Australian history before federation, our Colonial Era. Understanding Australia’s Colonial Era is crucial to understanding who we, the native born Anglos, Celts and Saxons of Australia, are as a people. It is the story of ancestors, the people who settled Australia.

Precisely because Cultural Marxists understand this, the term “colonial” has become a dirty word. In the current year it is used to characterise the period when White people actually had some form of power as a dark age. In its place the term “decolonisation” has become all the rage: 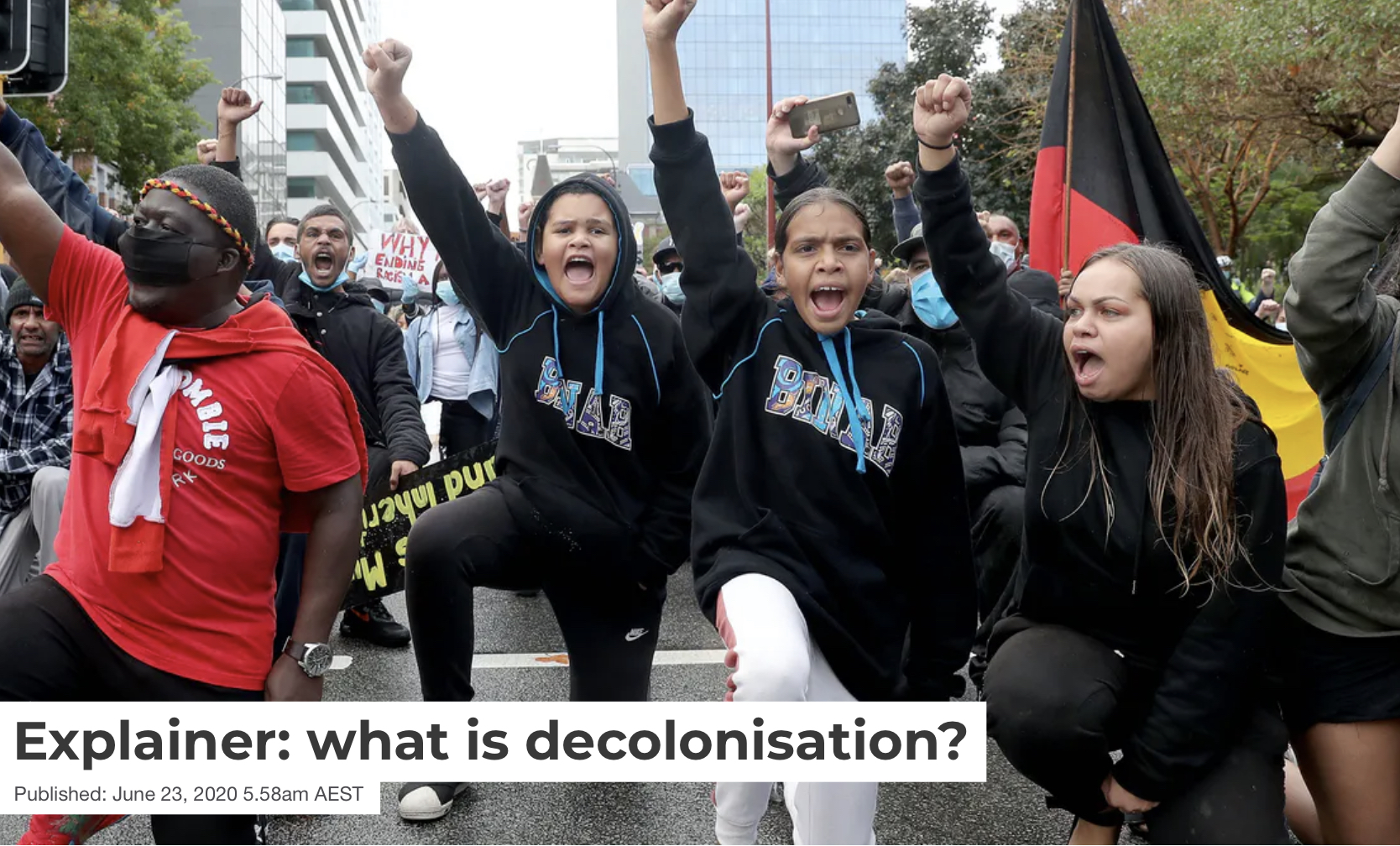 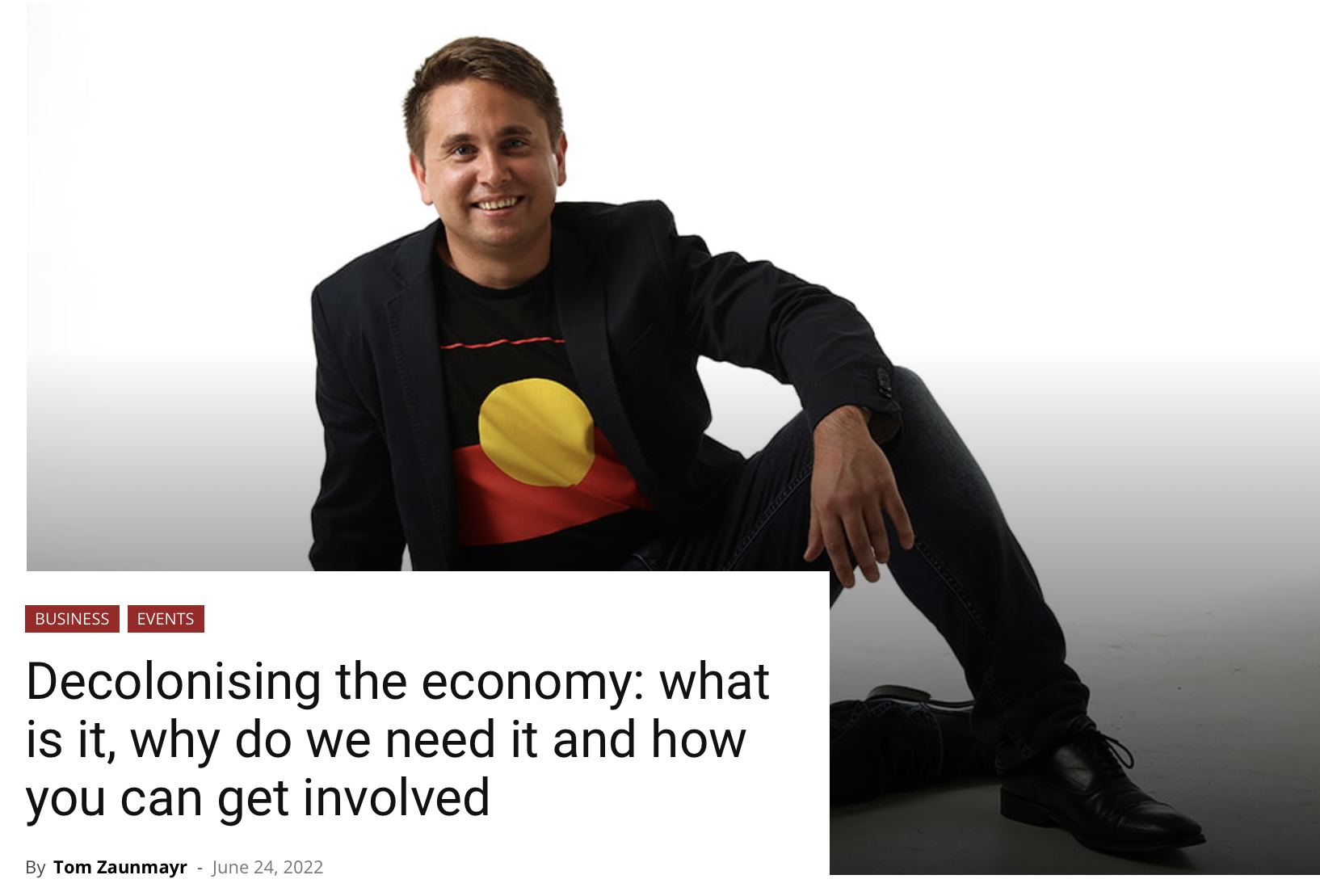 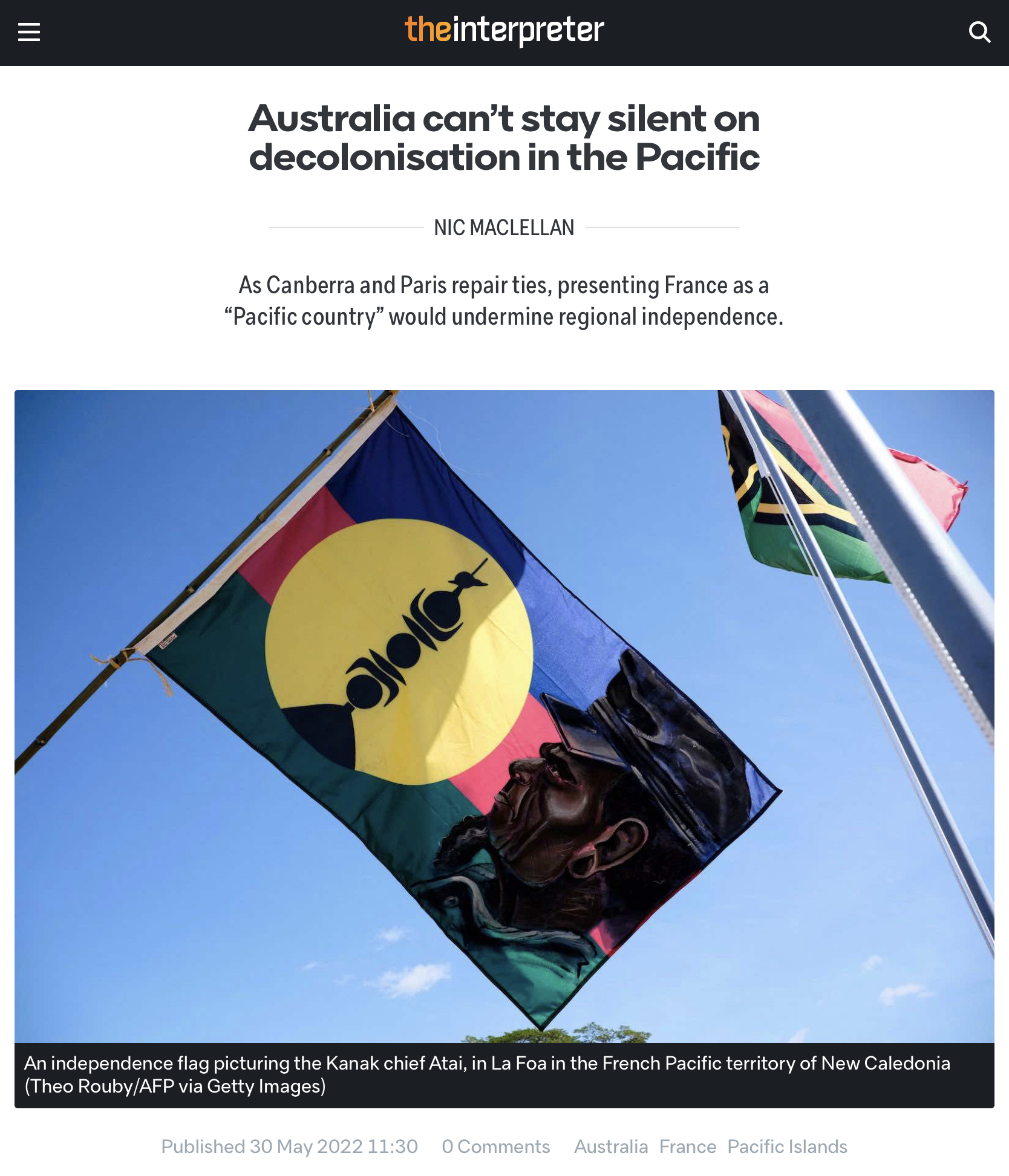 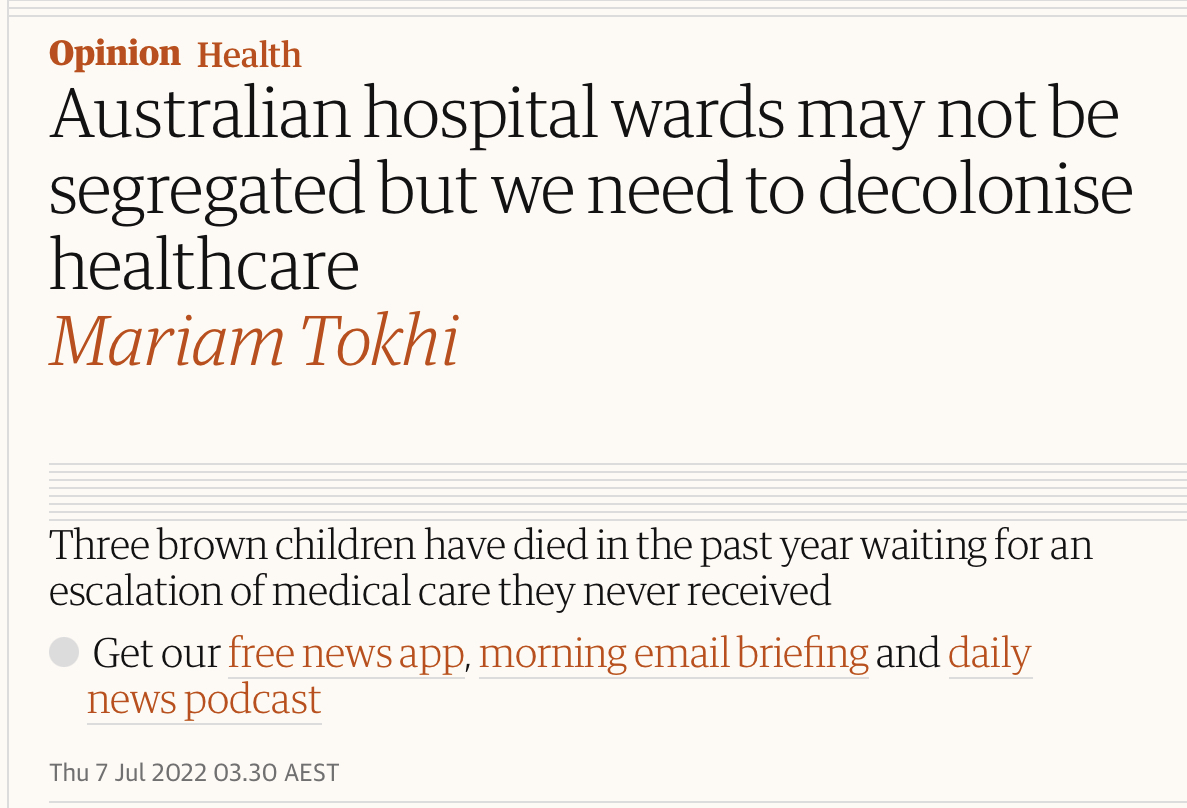 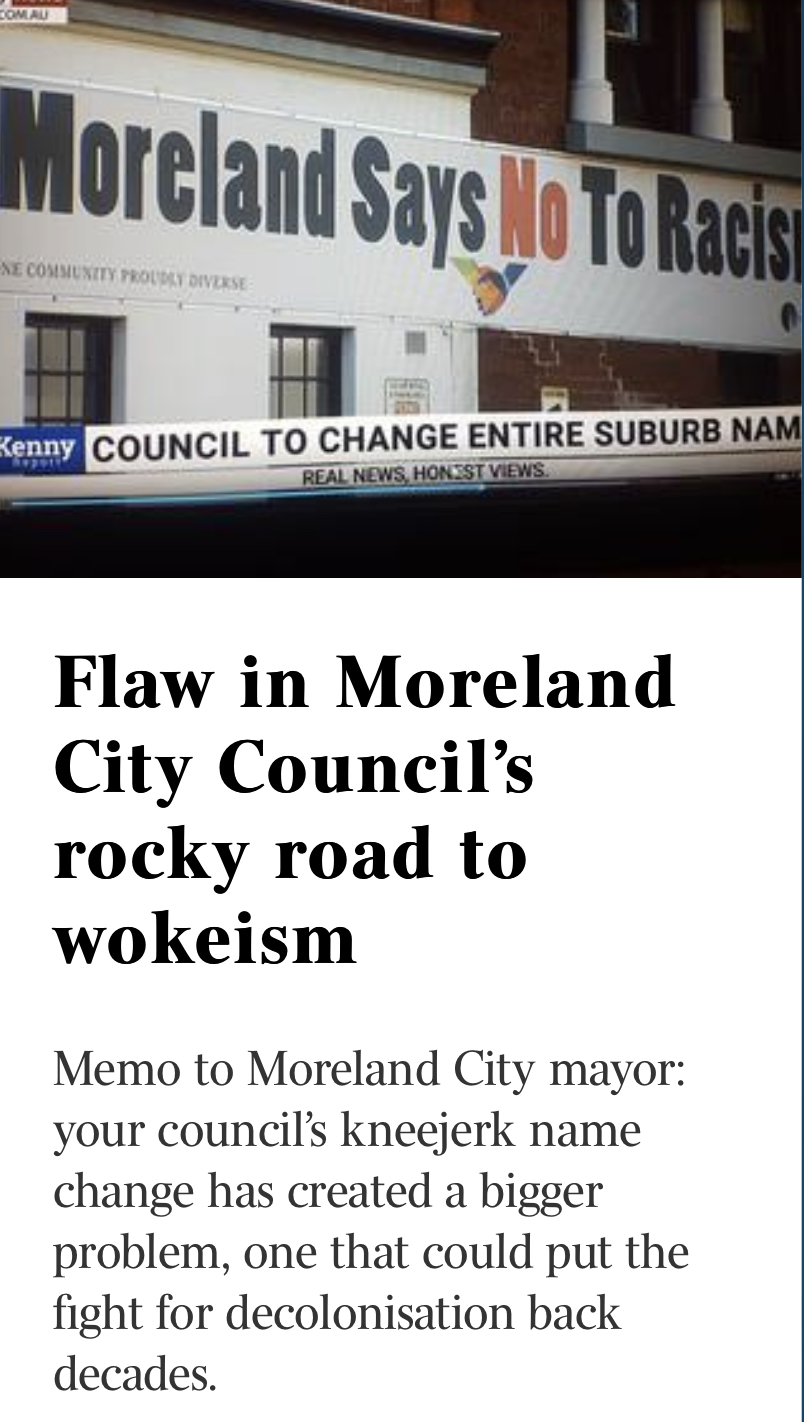 Note that last headline, it is from the purportedly “far right” Australian newspaper, apparently taking the attitude that so-called “decolonisation” is a good thing while attempting to appear critical of the People’s Republic or Moreland’s latest woke stunt.

We are told “decolonisation” means the following:

Decolonisation is now used to talk about restorative justice through cultural, psychological and economic freedom.

In most countries where colonisers remain, Indigenous people still don’t hold significant positions of power or self-determination. These nations are termed “settler-colonial” countries – a term made popular in the 1990s by academic Patrick Wolfe, who said “invasion is a structure not an event”.

Another word that is useful in understanding decolonisation is “neocolonial”. It was coined by Kwame Nkrumah, Ghana’s first president, in the early 1960s to refer to the continuity of the former coloniser’s power through economic, political, educational and other informal means.

Don’t worry if that explanation doesn’t make sense. It’s not supposed to. Postmodernist language exists solely to bamboozle ordinary White people while our spiritual enemies work to erase us as a people while removing our footprint from the earth.

This is the entire purpose of renaming our cities, replacing our flags and assaulting us with relentless White guilt.

By the time we’re gone, all evidence that we ever existed will have been swept away.

To those who give the flatbrained response “we’re not being replaced by aborigines”, you are deliberately missing the point – White people are being replaced via mass immigration. Furthermore, aborigines are having their identity stolen in much the same way that our ancestors’ identity was stolen.

The university educated, slightly aboriginal caste are using aboriginal identity politics as a Trojan Horse with which to advance the cause of far more nefarious actors. 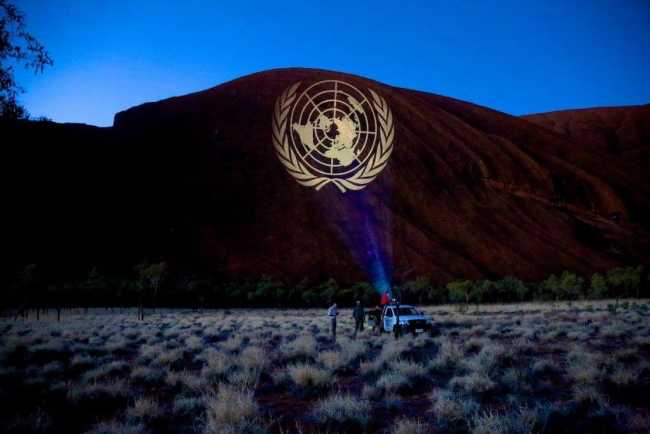 A logo, a symbol, like a flag denotes ownership.

Australia’s Uluru was lit up with the United Nations logo on Saturday night as part of the global celebrations of the 70th anniversary of the organisation.

The event was held with the cooperation of the traditional owners – the Anangu people – and was the first time an image had been projected onto the rock face.

It stood out as the only icon to project the UN logo. More than 25 other Australian locations, including the Sydney Opera House, the Melbourne cricket ground and Canberra’s Old Parliament House, were lit up in blue.