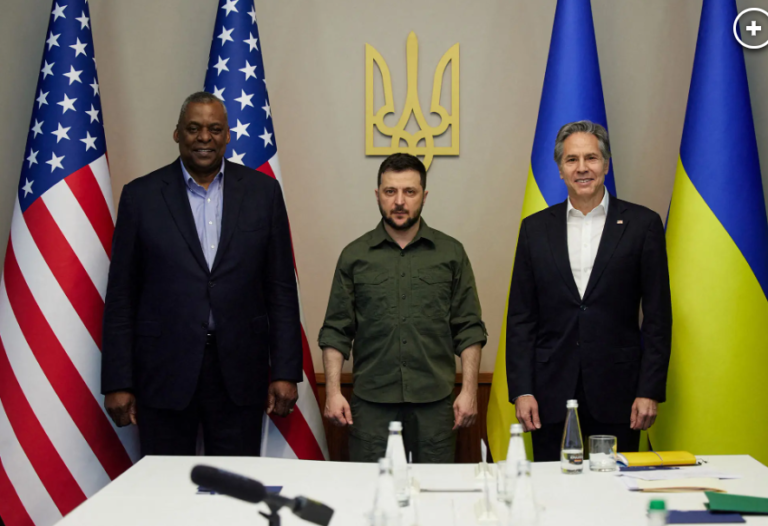 How’s the war in Ukraine going?

Axios reports that since June, the Armed Forces of the Ukraine (AFU) have been suffering approximately 1,000 casualties, 200-500 killed in action, per day.

The blue and yellow flag is still flying next to the Washington uniparty’s rainbow and Black Lives Matter banners in the windows of your local overpriced gastropub, but international Jewish media has taken this war off the front pages of its dailies just as oceans of blood threaten to, as retired Army Col. Douglas MacGregor recently put it, erase the Ukraine off the map.

The Ukraine’s most experienced and elite units have largely been wiped out or captured. At this point, the bulk of casualties are not soldiers, but men and boys conscripted by a Jewish dictator to be sent into the black hole of Russian artillery

Antony Blinken and Volodymyr Zelensky, two men more loyal to their shared tribe than the nations they purport to represent, have made it clear that they are still not willing to concede the breakaway Russian populated territories Moscow already mostly controls and is demanding formal recognition for.

For Blinken and Zelensky, fighting until the last Ukrainian Goy is merely a cost of doing business. As for the literal cost, that’s paid for by other Goyim.

The war in Ukraine is not a regional conflict between Kiev and Moscow, it’s a proxy war between Washington’s NATO internationalist project and Russia, as the Atlantic Council itself has begrudgingly admitted.

For US taxpayers, the war is costing our nation careening towards an economic calamity hundreds of million dollars every day, much of it spent on weapons that are immediately destroyed as soon as they arrive or, even more embarrassing, captured and used on the Ukrainians themselves by Russian volunteer militias.

That’s only the cost being officially accounted for. Draconian sanctions on Russia are responsible for skyrocketing fuel and food prices. Inflation for NATO countries in Europe has hit the 12% mark in the last four months, while the US struggles with a 9% rise. If you’re wondering why the initial rash of TikTok videos and Reddit posts declaring eternal solidarity with Ukraine have dropped to a trickle, it’s because the bill for holding this virtuous “luxury belief” has finally arrived.

There is no reason for working class people and pensioners across the West to freeze and starve next winter. This decision to plunge the world into famine and economic crisis is being made by a small number of lunatics in Washington DC who would rather risk nuclear annihilation over conceding the new global reality: the age of Jew directed NATO’s regime change wars (an opportunistic strategy that only began being used against barriers to Israeli expansion when the Soviet Union collapsed in the first Gulf war) is over.

The Israel-firsters in charge of the State Department like Victoria Nuland could not accept Russia thwarting the imminent NATO/Washington intervention to overthrow Syria’s Bashar al-Assad in 2013, which was a major blow to Israel’s geopolitical goal of cementing its control over the Golan Heights and containing Iran and Hezbollah.

A year later, the same Zionists got their revenge by orchestrating a coup in Ukraine and installing a virulently jingoistic, anti-Russian puppet government right on the Bear’s doorstep. The sole purpose was to both manufacture and exacerbate ethnic tensions between Russians and Ukrainians for the sole purpose of creating chaos in Eastern Europe. Even before 2014, permanent Washington began dangling the prospect of NATO membership before the Ukrainians, a promise they never planned to keep, in hopes that they would become unappeasable and continue violating the Minsk Accords (which were negotiated independently by France and Germany).

The Russian speaking population in Eastern Ukraine does not want to live under a government that hates them, they have long resolved that they want to be part of the Russian Federation and the Zelensky regime’s insistence that they all must stay and tolerate their cultural extermination is unfathomable.

What happens in Syria, Ukraine, Iran, Taiwan, or any other state on the list of nations the slime at the head of our country has decided merits State Department activism is not the business of ordinary Americans.

Affordable gas, lowering our grocery bills, and avoiding a World War — this is what we want.

The Ukrainian government has a virtually infinite pool of conscripts it can lob into the meat grinder, whether these poor and demoralized souls who are dying before they even see the enemy want to fight or not. The behavior of Ukraine’s Jewish dictatorship is made possible by the US sending over $50 billion in weapons and creating, on paper, the most well-armed proxy army in history.

But they aren’t doing anything. There are no counter-offensives, they are losing substantial ground by the minute, officers are deserting their men, they are dying and we are all getting poorer. If the neo-conservatives want to snag Russia in a quagmire, they’re even failing to do that.

NATO should be disbanded, as Donald Trump campaigned to do only to do the opposite when in office.

Turn off the tap and the Ukrainians will be forced to negotiate. The war is over. And the Jews holding the people of America and Ukraine hostage know it.