There is a great Australian expression which sums up this story.

A COVID-19 outbreak on a sister ship to the Ruby Princess has been called “inevitable” as passengers departed the cruise line this morning in Sydney.

The Coral Princess, a Princess cruise liner which arrived as part of a 12-day cruise, is battling a COVID-19 outbreak of 118 people — 114 crew and four passengers.

NSW Health said it was likely the passengers acquired the virus prior to boarding, and all infected travellers and crew were isolating.

Brisbane passenger Liz Bolton and her partner Clive Bolton, who departed the ship this morning, said the health measures in place had been smooth.

“It’s not as bad as people are making it out. We are loving it. We feel really safe,” Ms Bolton said.

“We’ve had COVID, we’ve taken all the precautions and we’re fine … we just live with it.”

It’s the perfect revenge on the boomers, really. They opened up a portal to hell some time in the 1970’s, unleashing abortion, divorce and degeneracy on future generations, and via property ownership they profited off the complete surrender of our countries to mass immigration.

Now they get to spend their final decades fearing a fake virus which the television, whom they have always believed, tells them is real. 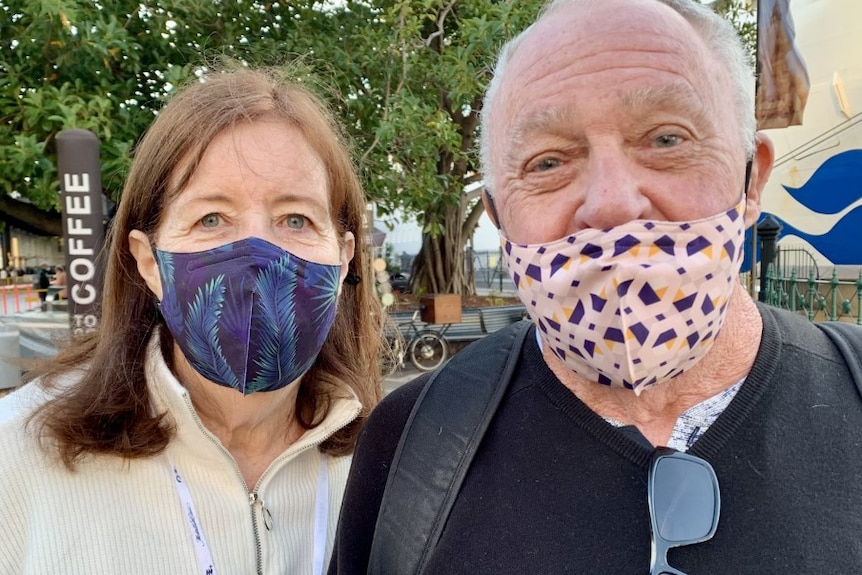 Suffer in your jocks.

She said passengers had been required to have RAT tests before they boarded the boat on Sunday and when they disembarked today, but added their negative tests were not checked by crew today.

Regular cruise passengers Richard and Robin Cooper said they were fully vaccinated and not worried.

“You’re letting people in the country who aren’t vaccinated. Everyone on the ship is at least double vaccinated with boosters,” Ms Cooper said.

The vaccine is the virus, and it is doing its intended work. Death rates are spiking while multiple datasets indicate birthrates are plummeting.

The Victorian government has ignored health advice calling for mask mandates in schools, early childhood and retail settings amid a warning that hospitalisations during the current wave of Covid and flu infections may exceed earlier peaks.

As Covid reinfection rates rise nationwide, Victoria on Tuesday joined Queensland in encouraging residents to don masks without requiring them to do so.

“I made a decision based on the advice that I had received that further mandating masks was not the most effective way to get the message out about the importance of mask wearing,” Thomas told reporters. 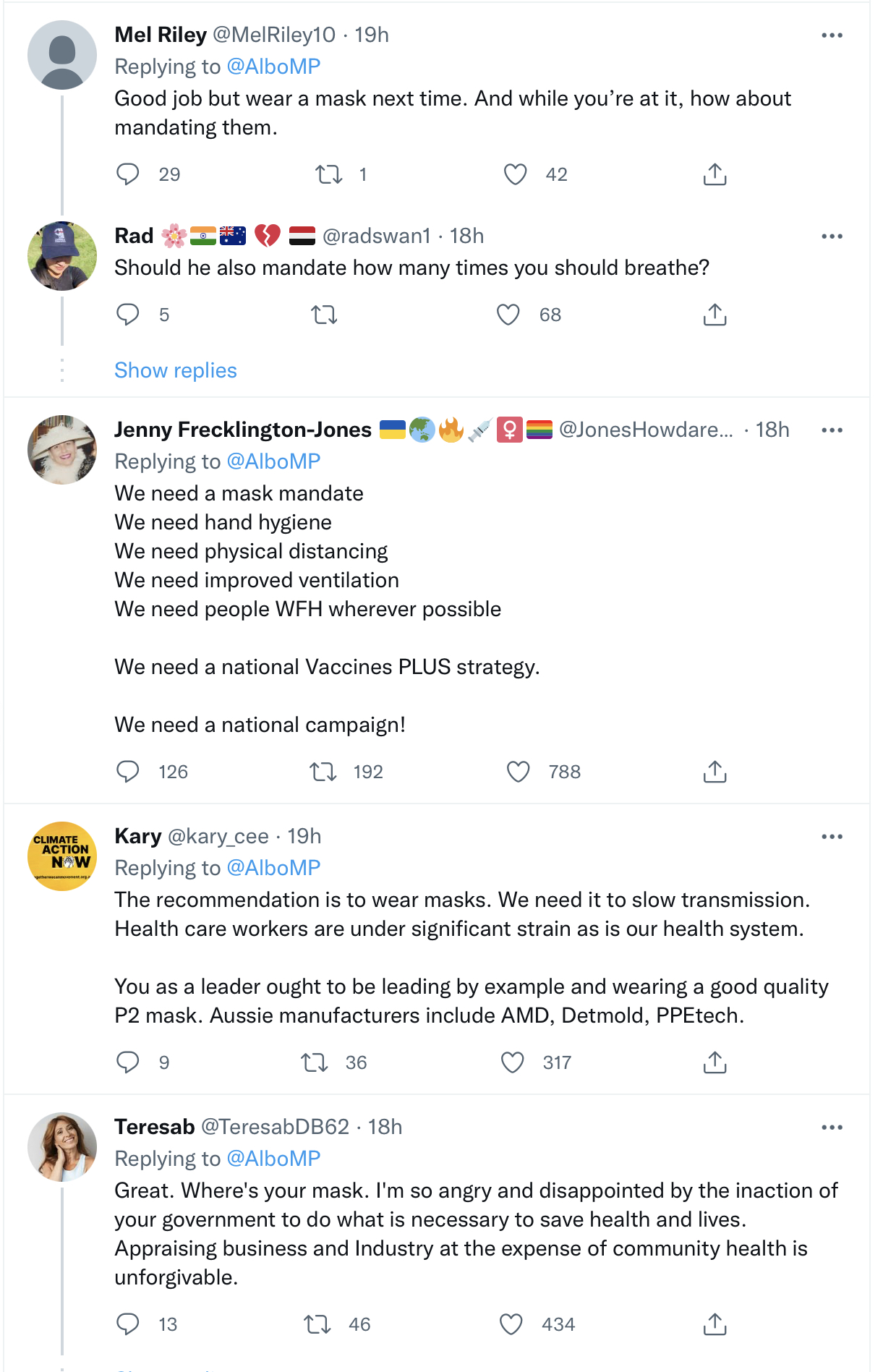 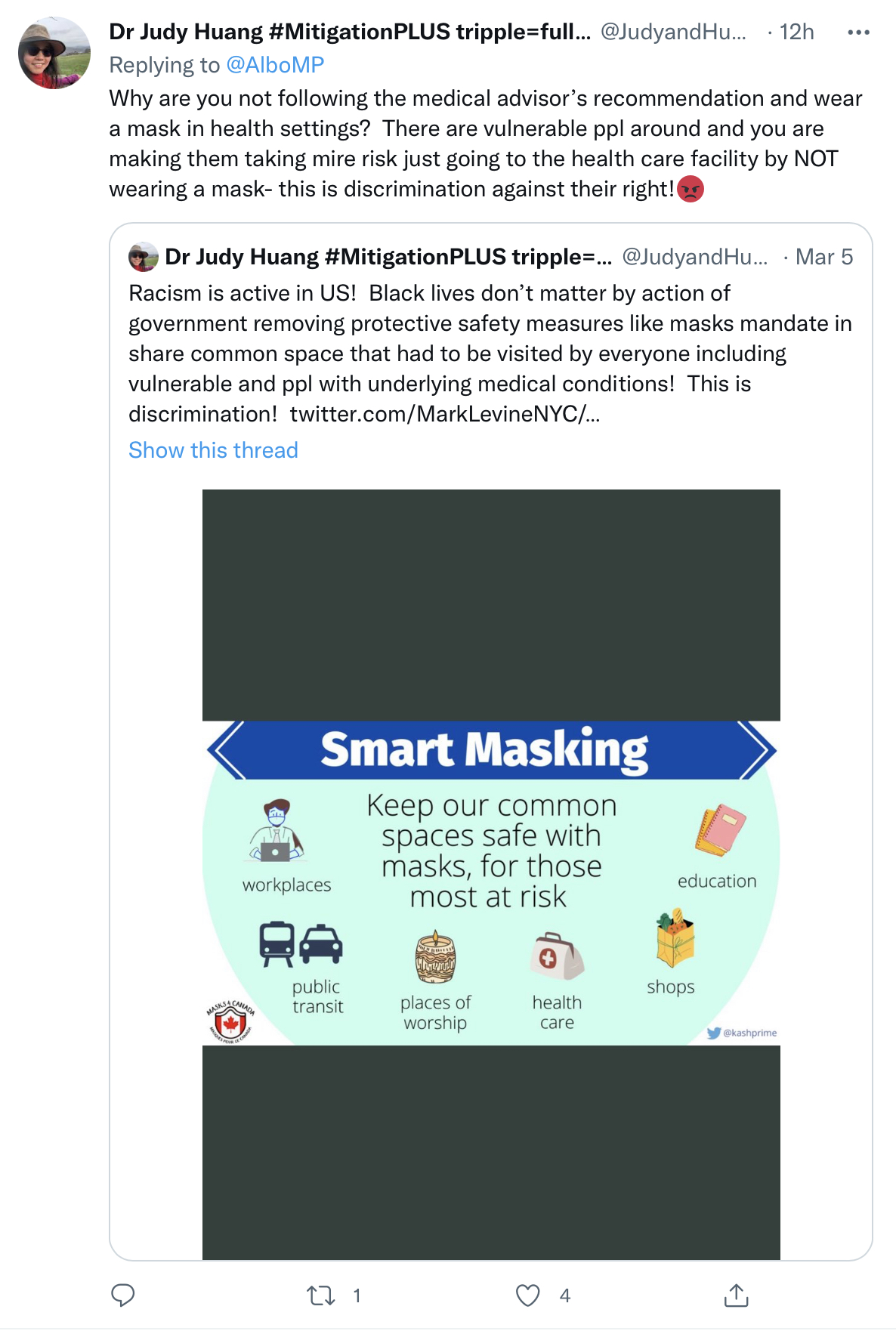 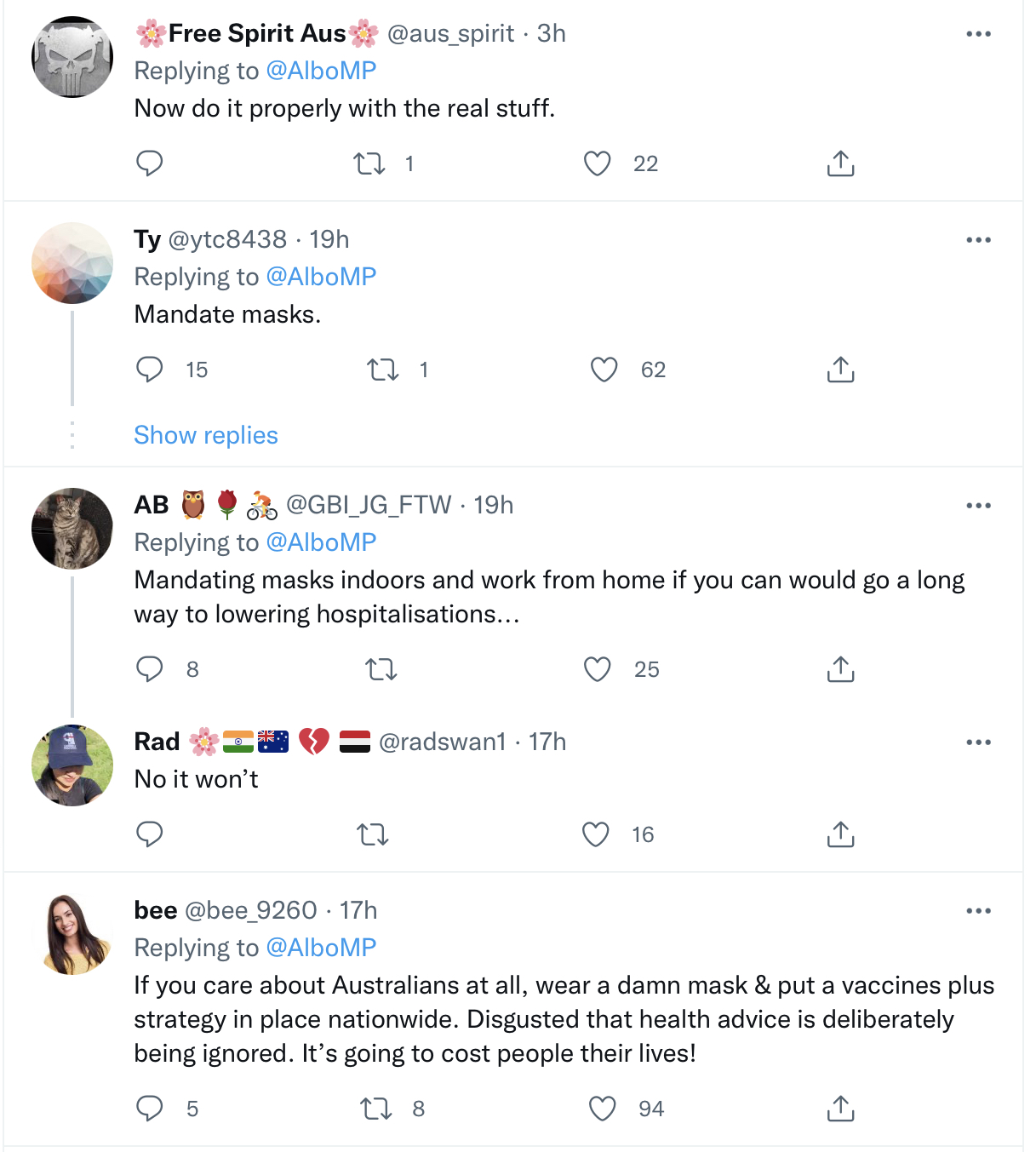 Hoisted by his own petard and all that. He can suffer in his jocks.