Victoria is officially a shithole:

A record number of Australians moved to another state or territory through the second year of the COVID-19 pandemic, with tens of thousands fleeing lockdowns and high infection rates in a demographic earthquake that could reverberate for years.

That’s a cope. Nobody was fleeing high infection rates:

Almost 500,000 people moved interstate in 2021, a 20 per cent increase on the previous record set in 2002, with Victoria suffering its biggest net loss of residents to other parts of the country since the state was enduring 12 per cent unemployment during the early-1990s recession.

Moving permanently out of the state was practically one of the only reasons you were allowed to cross a state border during lockdowns. Many Victorians took the hint:

Despite border restrictions, people moved en masse to Queensland and Western Australia while regional centres across the country also welcomed new residents from far-flung parts of the nation. NSW also suffered its biggest net loss of residents to other parts of the country in more than three decades…

Data from the Australian Bureau of Statistics shows a surge in the number of people prepared to move interstate through the second half of 2021 as NSW, Victoria and the ACT emerged from their lockdowns.

Don’t be surprised if Victorian refugees are a little hesitant to reveal their origins. Our name is mud throughout the world:

Victoria’s overall population through the pandemic has fallen by almost 50,000 to less than 6.6 million. Interstate migration out of the state, on top of the closed international border, drove the drop.

I would be interested to know the migration statistics before 2020. We were always told that Victoria was booming and the population was expanding rapidly. However, many Victorians were already considering moving before the lockdowns due to the increase in diversity incidents and congestion.

Furthermore, astute Victorians recognised that the state was descending into mask-off socialism and understood the repression it was likely to entail. The prime example of this was the government and police response to the African Gangs crisis, which was to insist that everybody stop pointing out that there was an African Gangs crisis. Thus Covid Tyranny merely provided the decisive reason to leave.

It’s funny, I have shared the following picture of a tank rolling through Carlton during the lockdowns on multiple occasions, but I only just noticed the blue sign to the right of the tank. 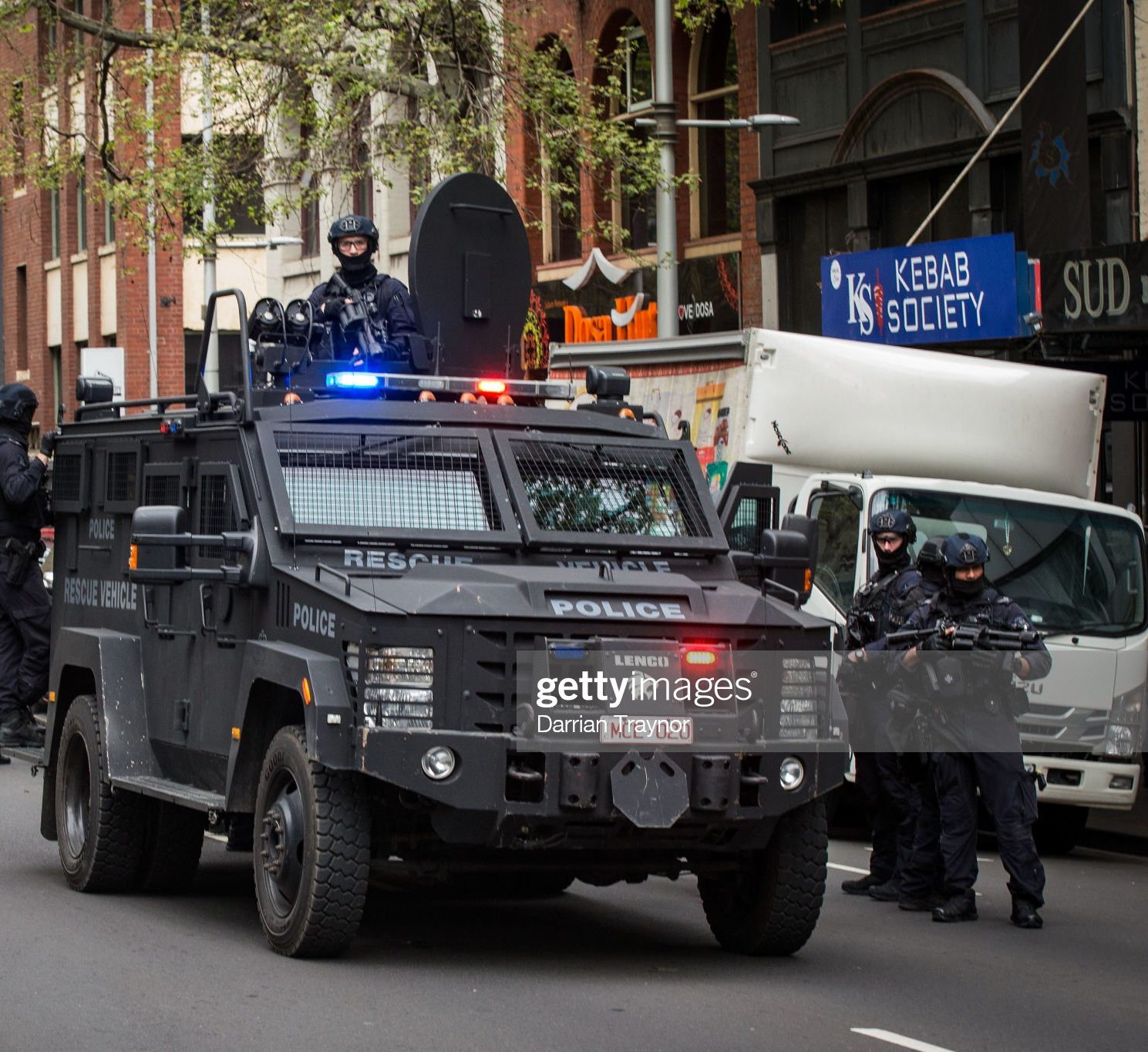 Multiculturalism is enforced at the barrel of a gun.

The biggest takeaway is that Victoria cannot grow without mass immigration. When the international borders are closed, the true scale of the interstate exodus is revealed.

It also reveals the reality of Australia’s immigration Ponzi. Third world migrants come here because their own countries are so awful that it doesn’t matter how bad it gets here, our shithole is still better than their shithole. Even when there is nothing left here to loot they will still come, as long term forward planning is not their forte and the fantasy of the first world paradise will remain.

The situation is intolerable for many White people, who leave, but this suits the government because the trouble makers have taken themselves out as far as they’re concerned. All that matters to the government is that they can import more mud people than the White people they lose.

They don’t care that they lose the human capital which made Victoria a once beautiful Garden State.

They are quite happy to replace us.