Now that the internet is a thing and we can look up the weather forecast at any time, the weather report should exist for one reason only. 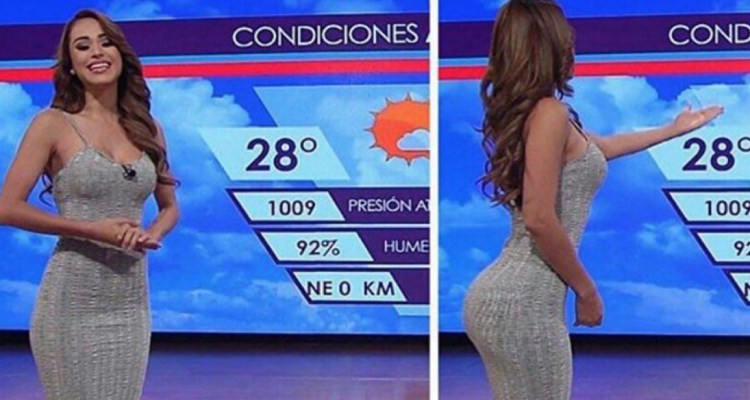 I rest my case:

Channel 10 has marked the beginning of NAIDOC week by using traditional names for Australian capital cities in its weather bulletin.

The network has been praised for Sunday night’s TV forecast, where weather presenter Amanda Jason used traditional names instead of colonial names.

The traditional names were also depicted on the nation’s weather map on screen.

“Now the first Sunday of July is the first day of NAIDOC week to acknowledge the traditional custodians of this land,” Jason began.

“We acknowledge the traditional names of our capital cities for our national weather.” 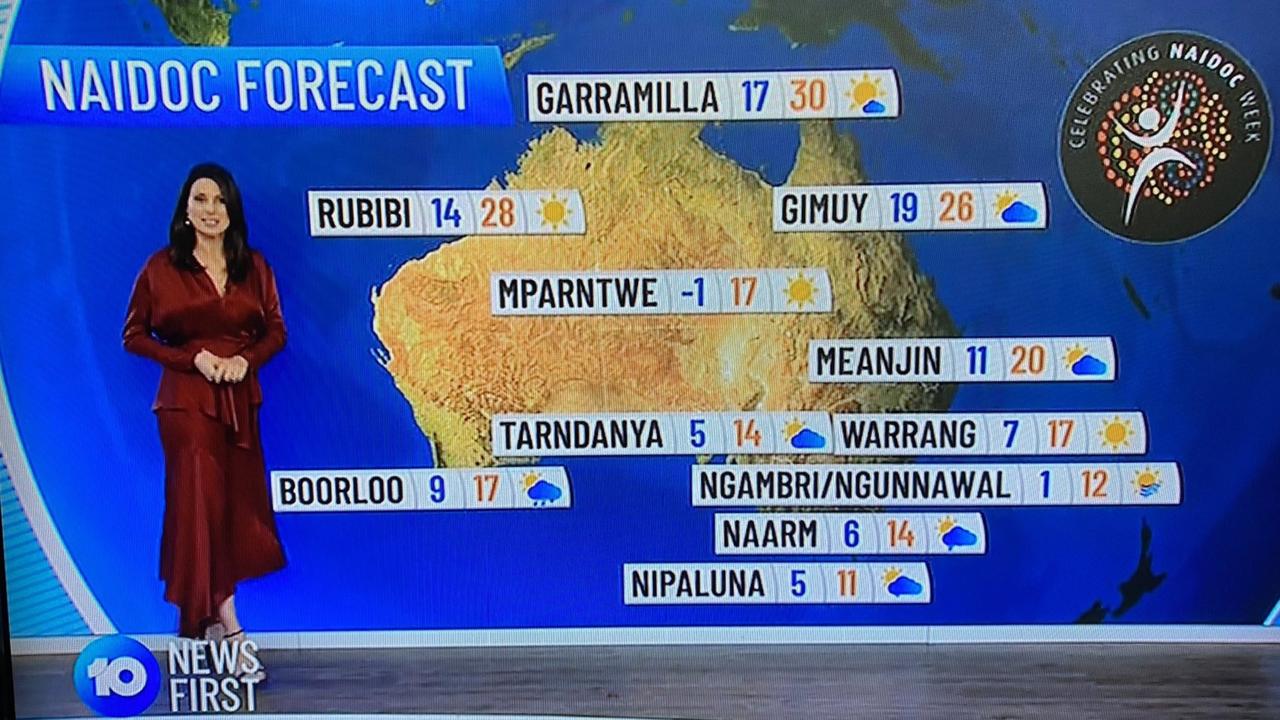 Channel 10 habitually platforms extremist views on its programs, with its interviews of confessed parliamentary “infiltrator” Lidia Thorpe, and the spokeswoman for Green Terrorist group Blockade Australia being only the most recent examples.

Hilariously, the Lying Press is trying to pretend that people are going along with this:

Aussies have taken to social media to commend the broadcaster for honouring the traditional custodians of the land, saying it should be done more often.

One user wrote, “Key moment in Australian representation”, while another said, “Great and this is how we learn all the city First Nation names. Continue this past NAIDOC everyday.”

This is standard practice for the Lying Press. Cut and paste a few reactions from their small network of groupthink buddies on Twitter and report on it as though it is news. The truth is, Channel 10 has been universally mocked by ordinary Australians: 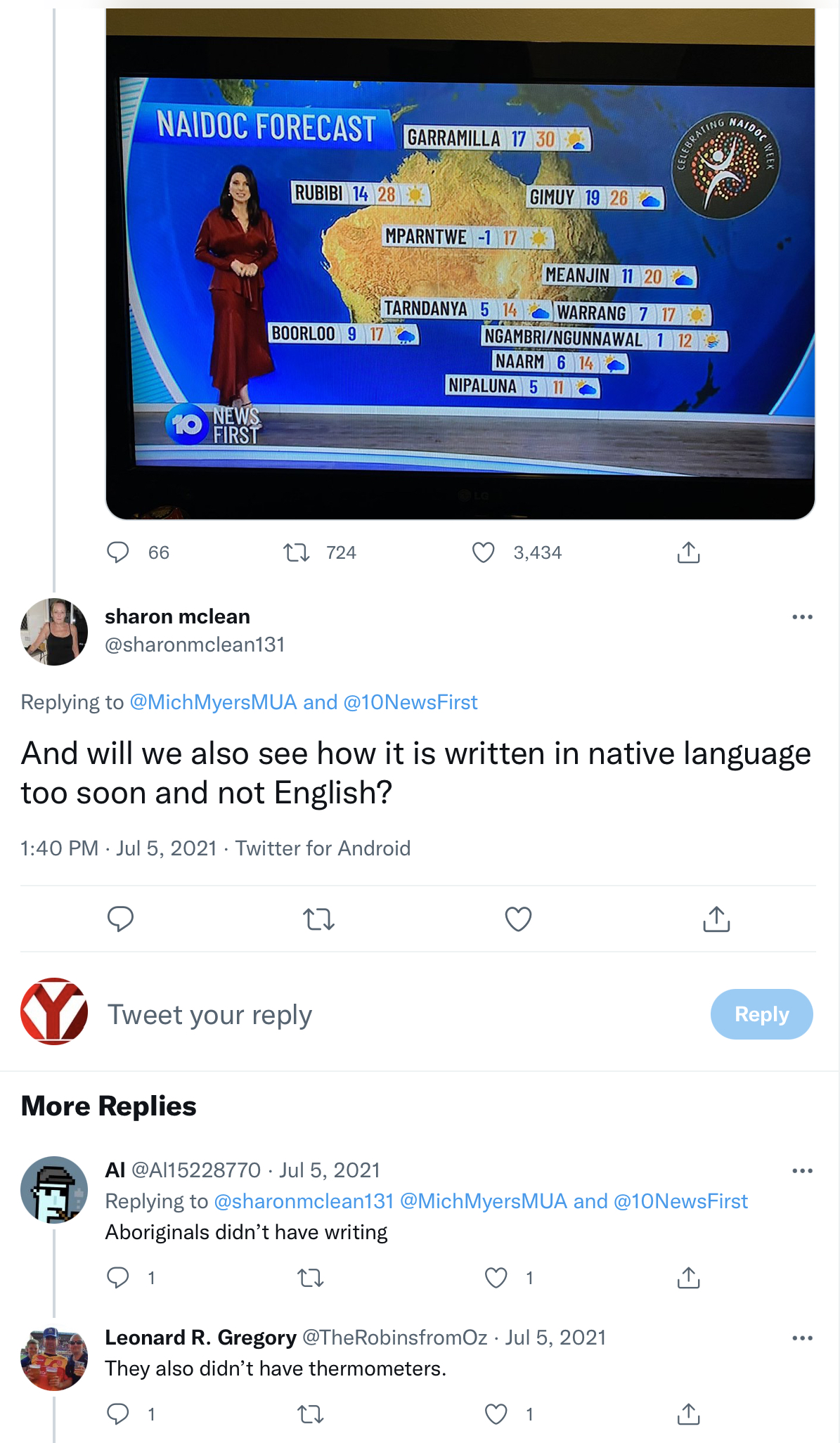 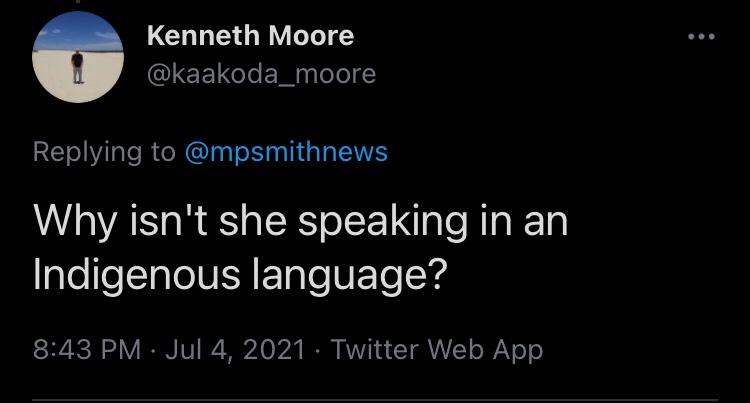 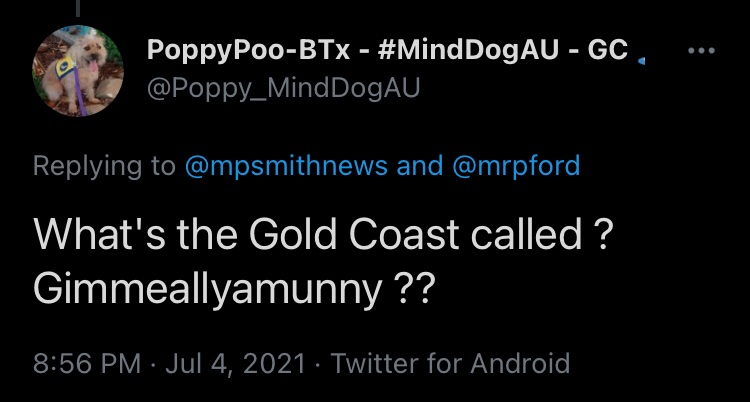 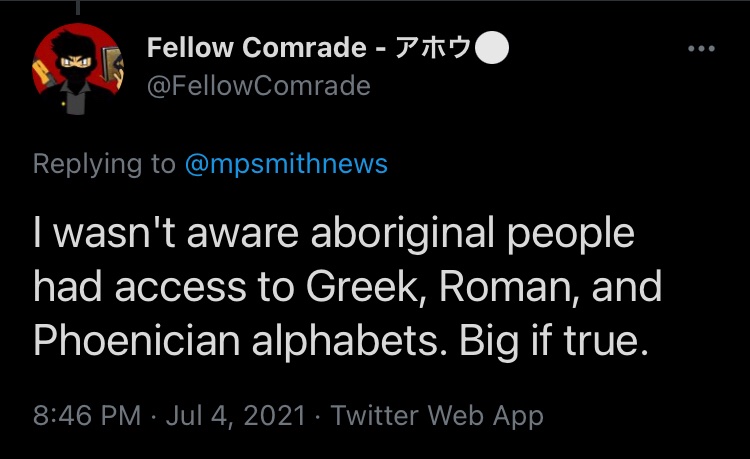 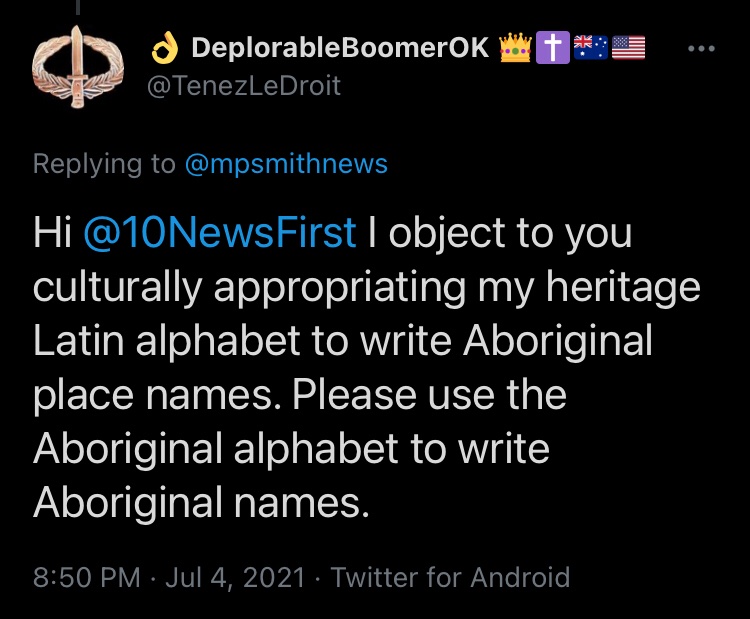 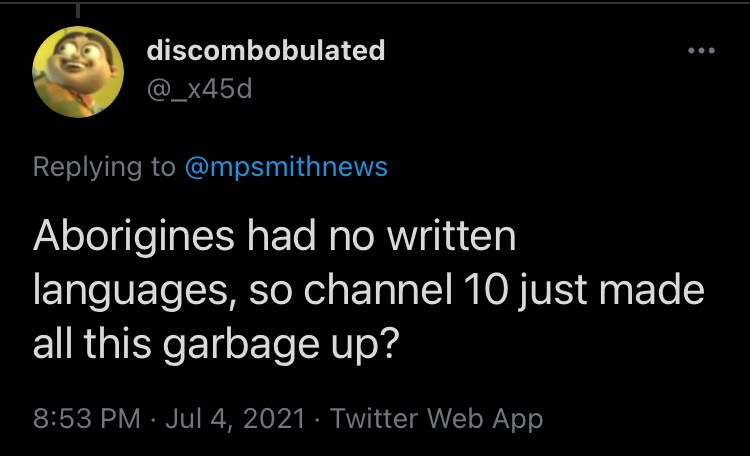 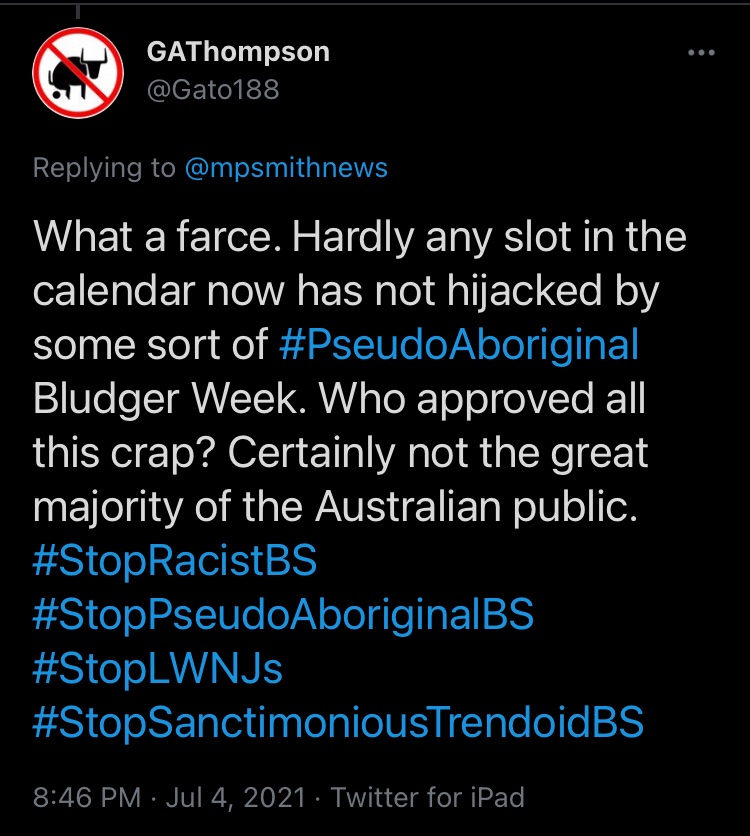 That last one makes a good point. We only just had so-called “Reconciliation Week”, now it is so-called “NAIDOC Week.” There is also so-called “Sorry Day”, the AFL made so-called “indigenous round” go for two weeks this year, and there is International Day of the World’s Indigenous Peoples. This short list barely scratches the surface, yet a national campaign is hyperventilating in order to remove the one day on which we celebrate the settlement of Australia by our British ancestors. The Victorian and NSW governments also plan to waste millions of dollars placing the so-called “aboriginal flag” on the Westgate Bridge and Sydney Harbour Bridge respectively, and recently federal Greens leader Adam Bandt refused to stand in front of the Australian flag during a press conference.

This use of so-called “traditional names” by Channel 10 fits a growing South Africa-tier trend among regressive liberal groups in Australia. For the AFL’s so-called “aboriginal round”, the Melbourne Football Club changed its name to “Narrm”, triggering a mid-season slump in the process. Several years ago the Melbourne electorate of Batman, named after Melbourne’s founder John Batman, was changed to Cooper, some aboriginal who unironically appropriated a European name.

Social Justice Warriors routinely claim that Australia still suffers from so-called “systemic racism” because most of our representatives in state and federal parliament are White, yet they ignore the fact that none of them will represent the interests of White Australians. In fact Australian politicians openly and explicitly work against our interests and uphold the state religion of multiculturalism. The last Aussie politician to even come close to representing the interests of Anglo Australia was Fraser Anning and he has been run out of the country.

Real Australians are thus a stateless people, and we have become a minority in our own land.

It should be noted that the final stage of genocide is denial. Given the trend of renaming, attacks on monuments and outright extortion, we can expect that by the time the last of us is gone, all records of our existence will already have been removed.

Our only option is to completely extract ourselves from the system.