It has been a while since I started to take note of the ideas espoused in the name of White advocacy. It is a good thing that I have managed to go through the pipeline of “DiSsIdEnT” activists such as Steven Crowder, Lauren Southern (Simosen) and Stefan Molyneux towards individuals that act on the need to preserve the White Race instead of hocking memorabilia that would be better served as filling for the next rubbish run.

The story of what happened at the Hof is a simple one. I had dinner with likeminded men and women, celebrated Hitler’s birthday with schnitzel and cake. That’s it. Nothing but a sit down meal, and a pricey one at that. These things are blown out of proportion, as per usual in the Jewish run media. The Israeli Ambassador, sorry, I mean the head of the Anti-Elf Defamation League Dvir “Does-not suck blood” D’bramovich, decided that we needed to be told again about how pissing his pants at our dinner must mean that we be regarded as terrorists.

I don’t need to explain the nature of Abramokerblamovich or what he does, because it is simple. Anything that we advocate for is bad and anything that is against us is good. And if he’s so piss weak that he cries for the simple reason that I interrupted his 25 hour/8 days a week shekel-collecting, so be it. I don’t need to explain the lie of the Holocaust, because it has been used to tear down immigration laws (White Australia Policy), laws regarding social separation of peoples (Apartheid and Jim Crow Laws) and anti-miscegenation laws which have preserved the White Race from disaster.

What happened was this – We had dinner and that’s it.

But because of the media sensation around it, why not clear up a few things. The restaurant did not call the police. We had a good 25-30 minutes of banter outside the pub before we all left that night. The reason why there was any “hesitation” around calling the police was that no crime was committed. Actually, one of the nonwhite waiters presented the wrong drink for a patron and tried to bullshit his way out of getting the order right. As for the South African who lived through Apartheid, can he be asked why he isn’t back there? I mean, as a non-white, he’s fine to go back. Apartheid ended, black majority rule has been claimed and he can get back. What’s that? He doesn’t want to leave because of the money he gets. Fair enough, but be upfront about it. Also, thanks to their call for donating the proceeds to an anti-racist organisation, we ate there for free! If I had known that, I would have ordered three schnitzels instead of one.

Dvir looked at our good and wonderful time and thought, “eugghghghghghgeu, why aren’t these goys banned already?” Also, good work on the Seven News journalist to whinge on behalf of Dvir and his call to have NatSoc banned from the country. I mean after all, he’s got to do something apart from committing verbal fellatio on the boss Jew and his boss Kerry Stokes. It is something I hate about Channel Seven, alongside Sunrise and The Front Bar, but I digress. The constant cycle with us and them is this. A great photo is put out. Then, D’veneer Dbramobitch pisses the bed and writes an article as to why he should lobby politicians for his interests and why our advocacy for our people is worse than the ritual circumcision of newborn boys or the rates of paedophilia within Jewry (just ask the victims of Malka Leifer, or Hollywood). If we were IDF boys celebrating a round after a series of one-shot-two-kills, then D’weir Abramoveech would stay mum on the issue. Instead he made it all about him. 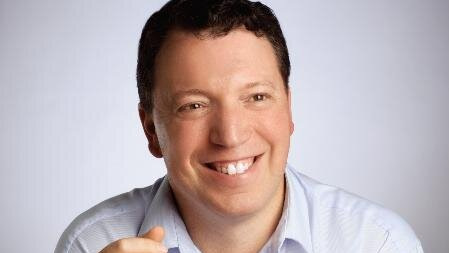 – D’vir Abramovich, explaining to Channel Seven his sexual fantasy, the same when White women instantly think of The Handmaid’s Tale when it comes to abortion.

An American who thought he was so clever that he posted the same witty comeback twice. My advice is this: dilate harder.

A North Melbourne supporter, also a boomer and also lives in Thailand. My advice again is: dilate harder.

Then there are those that say, “why don’t they show their faces,” I’ll say this. The reason why our faces are blurred is because the Vic Police, the Jews and GAY-SIO have a lust for persecuting men and women who upset the system. We are doing what we can to upend the system, to preserve the values of our ancestors and to fight for the country that is ours by right. What are they doing except kneeling to the system? What are they doing except accepting the system which constantly demonises the White Race as a whole, that allows degeneracy in advertising and in public life? Get back to us when you decide to go mask-off in support of our values, boomer-style, and see how long it takes before the police harass you and your family.

Then those that say that we are Labor or Greens members. My response is this: How retarded are you? I’m curious, were you dropped as a newborn. How is advocating for our people make us false flags? Every other right-wing organisation has either grown stillborn or has gone the political route where compromises have already been made (KAP, PHON, UAP, et cetera). The activism we do is nothing like what Labor or the Greens want. And fair play to all that compared us to BLM. We did not tear down statues, nor have we disrupted people’s lives. We did not harm anyone. But because we do not bow to foreigners, that makes D’beer Dbrambambalamovich mad. He has to take his time away from the daily hand rubbing exercises to say to journalists that we are evil and then have the same journalists tut-tutting the police and the government for not getting rid of us.

Our existence is non-negotiable, both as NatSoc and as the White Race. We refuse to allow ourselves to be a minority in the countries that our ancestors have established. We refuse to allow rootless Jews to make cosmopolitan degenerates of our brothers and sisters. We refuse to allow non-whites from all lands to make their way here to have more rights than my future children. We simply refuse.

VICTORIA, AUSTRALIA: Premier Dan Andrews is passing a bill that prohibits people from growing their own food.

The Agriculture Legislation Amendment Bill 2022 has had its second reading in parliament. Biosecurity is stated as the reason for changes.

D’pier knows this and that’s why he demands that Victorians be pissed off at our meal. Not at the bill being discussed in Victorian Parliament that may mean that food shortages might be around the corner. Or the motion to make the CHO exempt from any criticism over the last 2 years. Well done for pissing the bed and earning your shekels for the 30-second sound bite, your rabbi taught you well.

Now if you’ll excuse me, I’ll be having schnitzel for dinner.

You can find Australian Nativist at Telegram.