Some aboriginal activists attempted to storm Parliament House in Canberra today, the real one.

The chaos. It’s beautiful. I wish I could put a fence around these two groups and make them fight, forever.

From the Canberra Times:

Footage posted to social media showed the clash happening about 11am, with protesters confronting a heavy police presence blocking the entry to Parliament House.

The protest group, which has ties to sovereign citizen and anti-vaccine causes, was previously involved in a demonstration which led to the doors of Old Parliament House being set alight on December 30.

Given their repeated attempts to burn down Old Parliament House, If these people were genuinely part of the broader Freedom movement, which is supposedly completely infiltrated by the faaaaar right, there would have been mass arrests and anti-lockdown groups would already be blacklisted as terrorist organisations.

Instead, because they’re aborigines they are treated with the lightest of touches. Compare this to the orderly occupation of the US Capitol on January 6, 2021. Many of the peaceful White protesters involved are still in prison where they have been tortured, and the black police officer who shot Ashli Babbitt has never been charged for her murder.

Another tell that these people are not connected to the broader anti-vaccine mandate movement is that there are only a handful of them, not tens or hundreds of thousands.

This is what a rabble of slightly aboriginal lefties looks like. 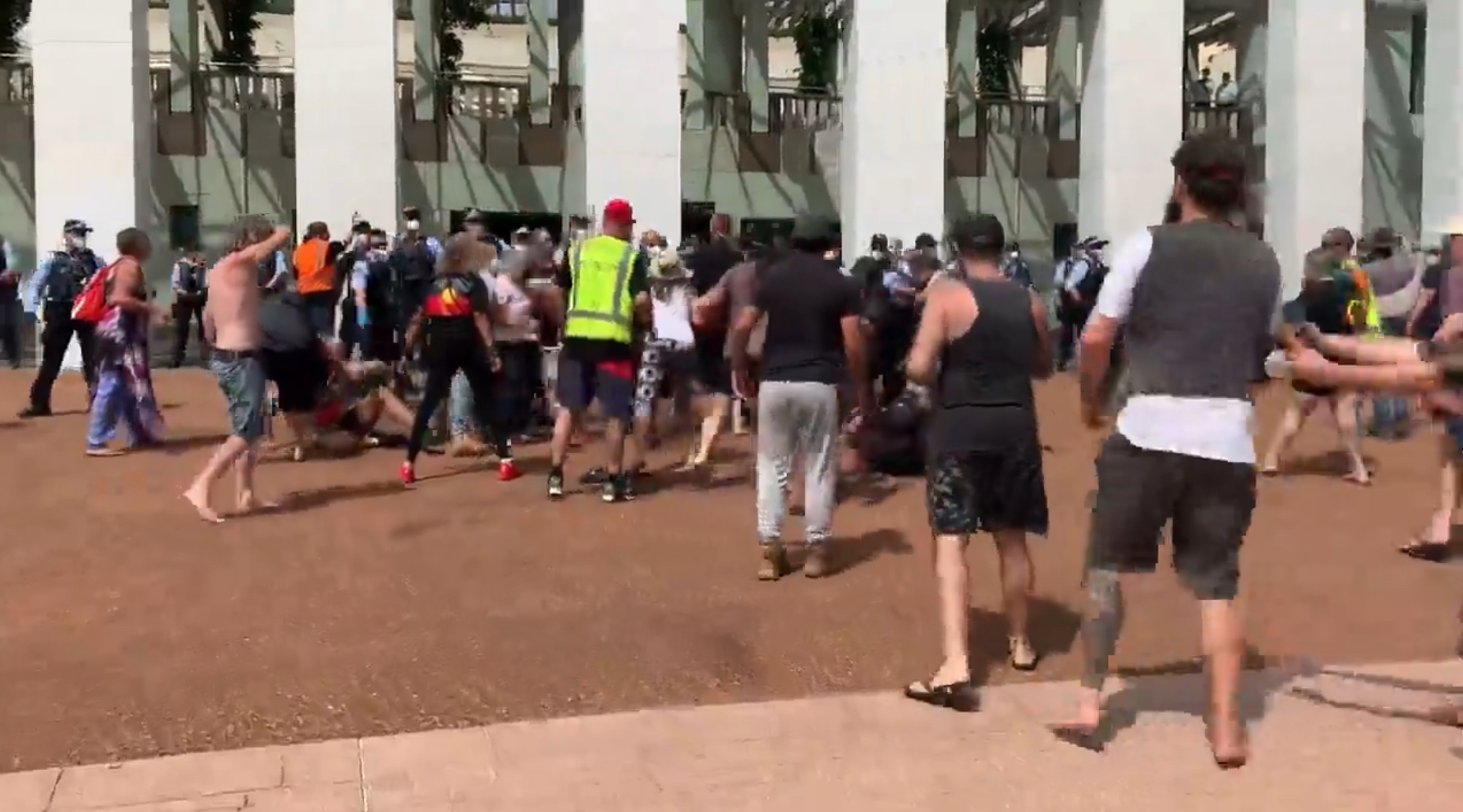 The protesters have established a camp behind the National Rose Gardens, next to the Aboriginal Tent Embassy, and have been carrying out demonstrations since mid-December.

The group say they are “sovereign people” who do not recognise legal authorities, and want to evict officials from Australian government buildings.

Texts authored by the group with titles such as “Eviction Notice” or “Declaration of Divine Sovereignty” have become commonplace in their daily demonstrations, with protesters presenting papers to police last Thursday which claimed they were owed $100 trillion in gold.

I hope this is true. XYZ News will have to try it.

The Aboriginal Tent Embassy has condemned the group, and said it does not represent the embassy. The protesters are understood to largely be made up of people who have travelled to Canberra to participate.

Can’t let the reputation of the ABC’s pet project be tarnished now, can we?

So. Are these people genuine or are they feds? Are they planning a January 6 on January 26? Don’t know, don’t care. I even have a meme for this. 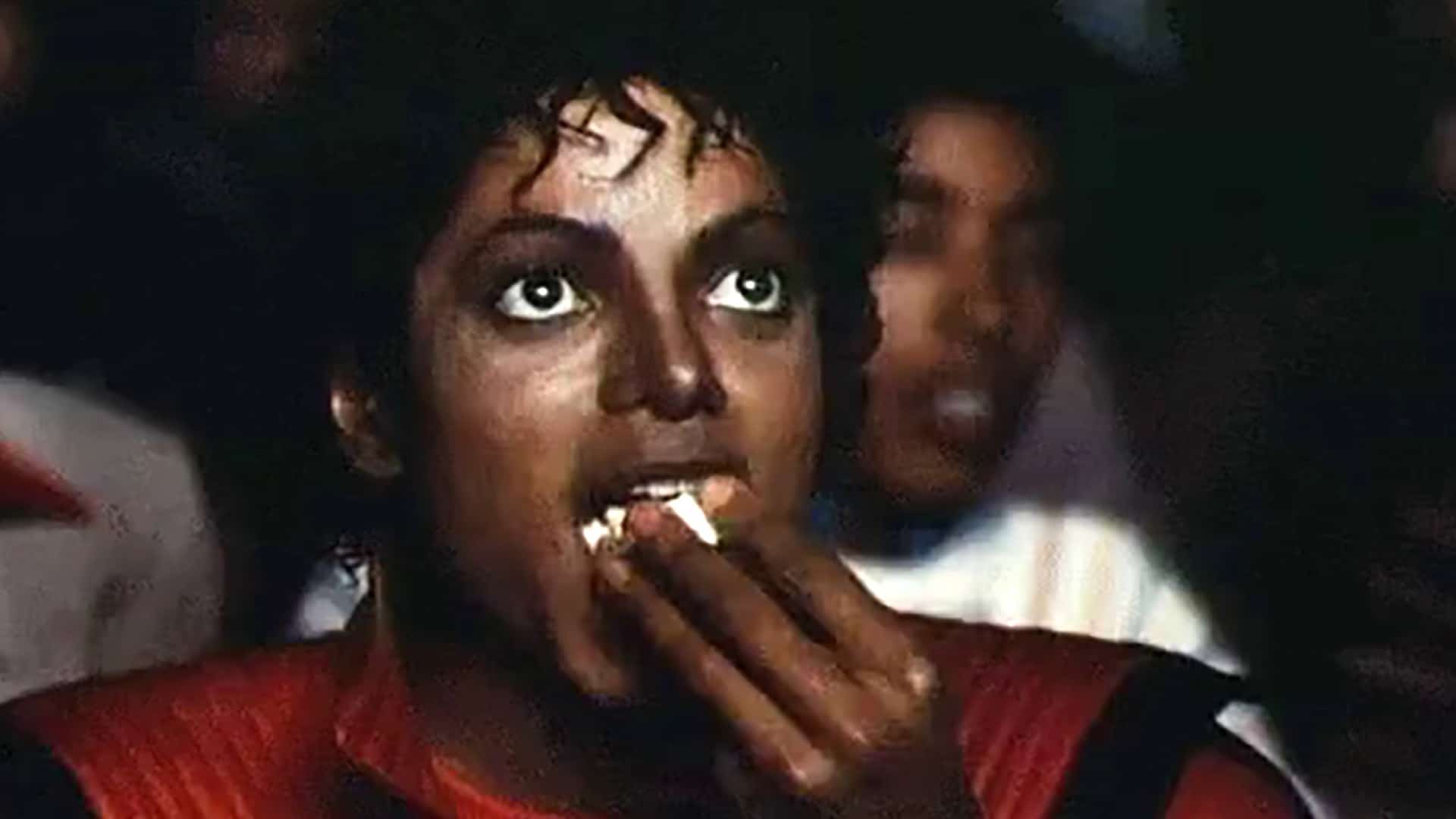 As I have noted, our rulers are not evil geniuses, they are evil idiots. If they’re trying to stoke a bit of violence so they can use the chaos as a pretext to crack down harder, the situation is just as likely to blow up in their faces as it is to work out in their favour.

It’s the same calculation with regard to the beautiful scenes coming out of Kazakstan.

The Internet started working in Kazakhstan and they started posting absolutely wild videos.
Brutal beating of the police in Alma-Ata. pic.twitter.com/l4lYClNV14

Andrew Anglin thinks the Kazakstan protesters are assets of the cabal, while Howell Waltz argues they are attacking the cabal’s central stronghold.

What I do know is that chaos, civil unrest, shortages and rage are spreading all over our lands as the globalists launch each new stage of their vaunted Great Reset. More and more people understand that there is something terribly wrong with the world, that powerful people are attempting to instal a global communist dictatorship.

The wise among us have been stocking up, and learning how to source food ourselves. There’s plenty of popcorn to go around.